Pokemon Sword and Shield: How to Find Gigantamax Toxtricity 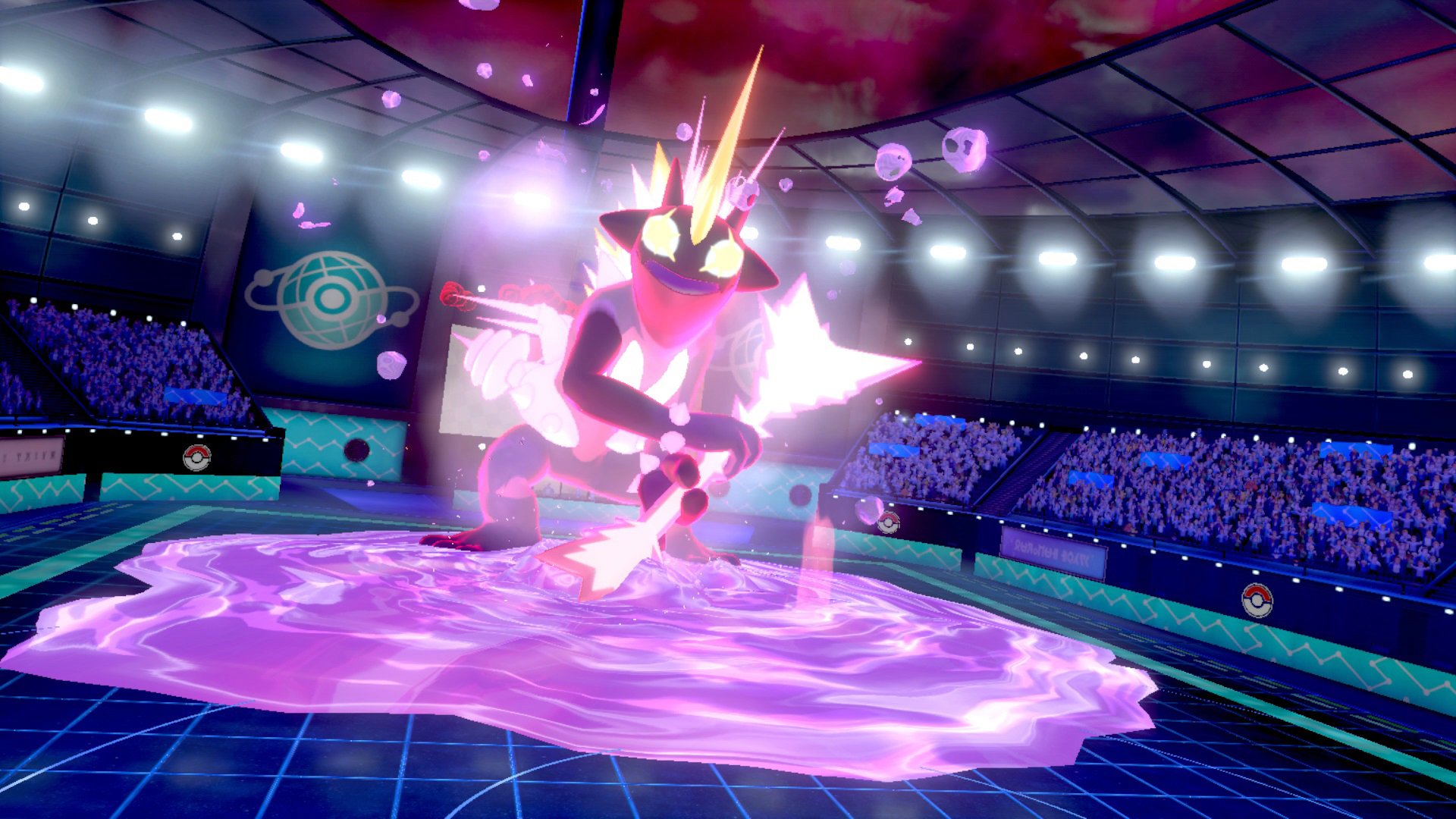 Trainers, from now until March 8, 2020 at 5 p.m. PT, you have the chance to encounter (and even capture) Gigantamax Toxtricity in Max Raid Battles in Pokemon Sword and Shield.

If you’re having trouble finding Gigantamax Toxtricity in Pokemon Sword or Shield, our guide is here to help you out.

Max Raid Battles take place in the Pokemon Dens in the Wild Area. You’ll know if a Pokemon is available to battle in one of these Dens if you see a bright light shooting out of the den into the sky.

To see which Pokemon is inside the Den, interact with the Den and look at the Pokemon’s silhouette on the Max Raid Battle screen. You’re looking for the silhouette in the screenshot below - when you spot this one, you’ll know you’ve found a Gigantamax Toxtricity!

If there aren't any active Gigantamax Toxtricity battles in your own Wild Area, don’t give up hope! There are other ways you can potentially find and battle this powerful Pokemon.

First, press Y on your controller to go into the game’s Y-COMM menu. If you’re connected to the internet, you’ll see activity from other players in a list on the right side of the menu. Players who have encountered Gigantamax Toxtricity may be looking for other trainers to join them in their battle (again, look for the correct silhouette).

If you spot one of these messages, press A to interact with it. If you’re fast enough, you may be able to join the battle to take on Gigantamax Toxtricity.

Finally, you can trigger the appearance of a Pokemon in a Pokemon Den by throwing a Wishing Piece into it, but you won’t know which Pokemon will appear beforehand.

To do this, first interact with a Pokemon Den that doesn’t have an active Max Raid Battle in order to collect your free Watts. Then, interact with the Den a second time. If you have a Wishing Piece in your inventory, you’ll be asked if you want to use it. Press A to use the Wishing Piece and a Pokemon will appear for you to battle. It may even be Gigantamax Toxtricity!

If you need more Wishing Pieces, you can buy them from the Watt Traders scattered throughout the Wild Area for 3,000 Watts each.

Also keep in mind that since Gigantamax Toxtricity has two forms (one for each game), you can get the form that isn't available in your own game by trading with another player or by joining a Max Raid Battle being hosted by a trainer who is playing the other game.

And that's all there is to it! Have fun!

Have you found any Gigantamax Toxtricity during this event? What do you think of this powerful pocket monster? Let us know in the comments, or tweet us at @superparenthq.