Game News Roundup: Atari's New Console is Up for Pre-Order 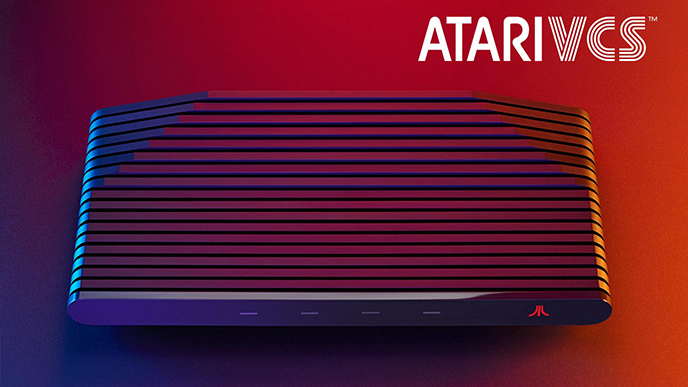 Atari’s New Console Can Now Be Pre-Ordered on Indiegogo

If you played games on an Atari game console when you were a kid, Atari’s newest console will allow you to share some of those experiences with your own children in a modern way. The Atari VCS is now available to pre-order on Indiegogo, a crowdfunding website that allows users to pledge money to a product before it’s released in order to help the product succeed.

The Atari VCS is being designed to offer a “personalized entertainment experience.” It will come with more than 100 classic Atari games pre-installed, and will allow users to download or stream additional games. The VCS will also support video streaming and voice controls. Users will be able to add their own software and apps to the system to customize their experience.

The Atari VCS is available to pre-order at multiple price points, ranging from $199 to $339, depending on the style and the accessories included in the package. The base $199 model is all-black, and doesn’t come with any controllers. If your family picks up this model, you’ll need to use your own Bluetooth and USB controllers, or a mouse and keyboard to interact with the device.

The most expensive model is a $339 collector’s edition console which comes with a wooden front panel, a retro-inspired joystick, and a traditional game controller. Users can also purchase the joystick and controller separately on the Indiegogo page.

The Atari VCS will only be available to pre-order for a limited time. It’s expected to launch in July 2019.

Apple is Reportedly Working on a Cure for iPhone Addition

Smartphones are addictive devices (for both kids and adults) in our always-online world. According to Bloomberg, iPhone maker Apple wants to help users break away from their iPhone addiction.

Apple is reportedly working on something called “Digital Health,” a set of tools that will allow users to keep track of the time they spend on their devices and using certain apps. Details are still unknown as to how users will be able to interact with this data to curb their phone usage.

As Mashable reported, Google has also announced features related to smartphone overuse for Android. Google’s next version of the Android operating system, called Android P, will include a feature called App Timer, which will let users set a timer related to a specific app. Once the app has been used for that amount of time, it will be grayed out as a reminder to take a break.

Parents Can Use Mobile Apps to Monitor Their Kids’ Smartphone Usage

In a recent Pew survey, 45 percent of teens said they are online “on a near-constant basis.” If you’re concerned about the amount of time your kids are spending on their smartphones, Fatherly broke down a list of parental control apps you can use to control their screen time.

Apps are available with a variety of features, depending on how much privacy and trust you want to give your kids. There are apps that limit screen time and block access to adult content, as well as apps that let you view your kids’ text messages and web browsing history. Be warned, parents, that many of these apps come with a monthly or yearly price tag to access their services.

If you aren’t ready to subscribe to a parental control app, talk to your kids about their device usage and set up ground rules to keep things in check.