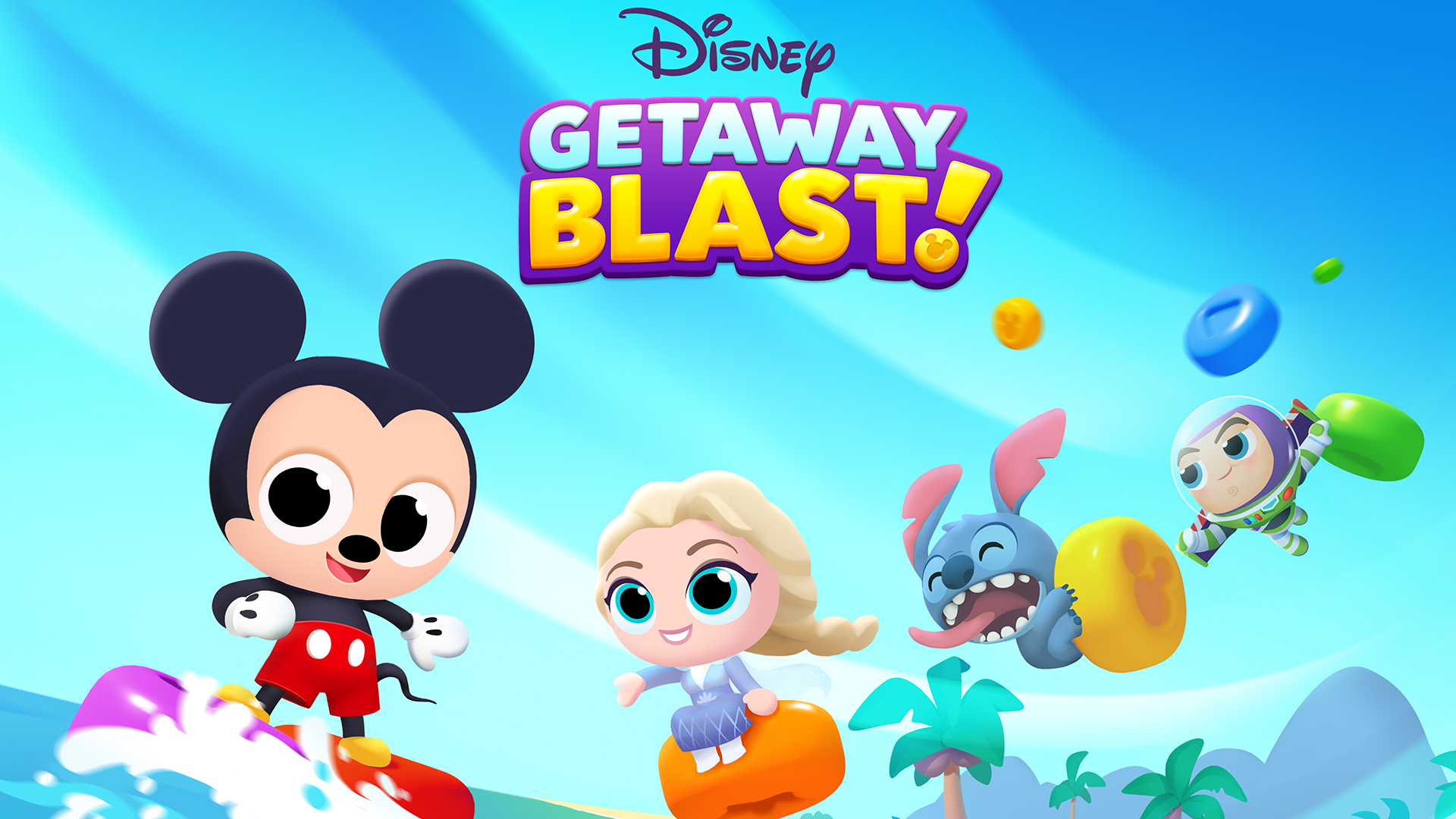 Disney Getaway Blast is a free-to-play puzzle game from Gameloft, the company behind titles like Asphalt 9: Legends and Disney Princess Majestic Quest. The game allows you to collect a variety of Disney and Pixar characters and help them renovate a resort that’s fallen into disrepair.

In Disney Getaway Blast, Disney characters that are actually keychains in the “real world” jump into a photo album where they become normal living creatures. You’ll start by being introduced to Mickey Mouse, and you’ll meet other characters by completing levels to earn keychain fragments. For instance, you’ll need to beat the first eight levels in the game to collect the eight fragments needed to unlock Minnie Mouse.

Rather than being a regular match-three game, Disney Getaway Blast is a bubble-popping game that asks you to tap on groups of two or more touching, matching bubbles to remove them from the board.

If you can clear a large group of bubbles in a single tap, a power-up will be added to the board that can help you complete the current stage. You can also purchase extra power-ups with coins, the game’s currency. You’ll earn some coins for free, and you have the option to purchase more using real money.

You’ll also be able to take one of your Disney / Pixar friends into each level with you. Each one has a special ability that can be triggered while playing to help you beat a level.

When you complete a stage, you’ll earn a star that can be used to advance the game’s story. For instance, you’ll begin in a tropical area known as Lowkey Beach, where you’ll spend stars to do things like repair a souvenir stand and surf shack. From there, you’ll move onto other areas, like a snowy ski lift.

Disney Getaway Blast is available to download for free on iOS and Android devices, as well as on PC. The game is rated 4+ on iOS and E for Everyone on Android and PC.

Check out 10 minutes of Disney Getaway Blast gameplay in our SuperParent First Look below.