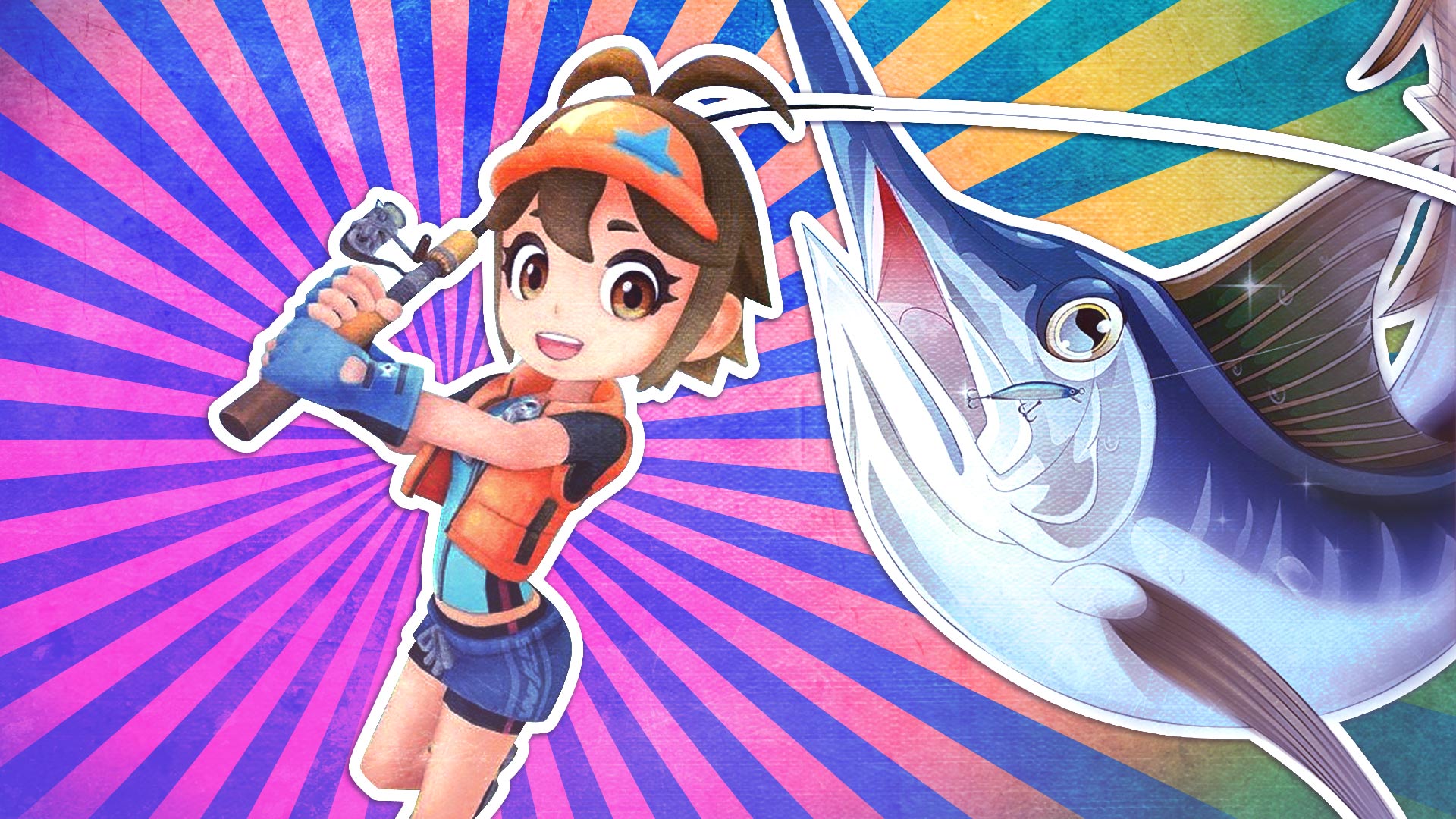 Fishing Star World Tour is a casual fishing game that was launched digitally on Nintendo Switch in January of 2019. Now, the game has been released in stores as well, so you have the option to buy a physical copy, rather than only being able to download the game over the internet.

What is Fishing Star World Tour about?

Fishing Star World Tour has a simple premise. When you begin, you’re introduced to Nami, your navigator who will take you on a journey to 40 different fishing locations, where you can try to catch one of every fish in the game. There are over 180 kinds of fish to catch in all, with some being easier to catch than others.

How is Fishing Star World Tour played? What do you do in the game?

At each fishing location, you’ll see fish shadows of different sizes under the surface of the water, and you can use the left analog stick to aim your target cursor wherever you’d like to cast. From there, you can cast your line into the water, and you’re encouraged to reel it in very slowly so that the movement of the lure on the end of the line resembles a fish.

You’ll generally know within a couple of seconds whether or not your lure has attracted the attention of a fish, because splashing will appear on the surface of the water as the fish moves toward your lure. Once it’s hooked, you’ll begin a catching mini-game that asks you to control the tension on the line so that the fish doesn’t get away as you reel it in.

Specifically, as you begin reeling in a fish, a tension meter at the top of the screen will begin to fill, and you’ll need to switch between reeling and stopping so that the meter is never completely empty (indicating there’s no tension on the line) or completely full (there’s too much tension, and the line could break). If the meter reaches either extreme, you’ll have a short time to fix the situation before the fish gets away.

As you battle with a fish, there’s the possibility that a “chance circle” will appear on the screen, which asks you to press the A button at the right time to pull the fish in by a few meters, so you’re one-step closer to catching it. A ghost rod may also appear on the screen next to your own rod. When this happens, you can move your rod to match the ghost rod’s position, which causes the tension in the line to rapidly decrease so you can get back to reeling.

Different species behave differently during the catching mini-game, with some being very easy to catch (you can just hold the A button without worrying about the tension getting too high), and others putting up more of a fight.

Fishing Star World Tour supports both motion and standard controls. If you’re using motion controls, one Joy-Con controls the rod, while the other controls the reel. You can control the rod by holding its corresponding Joy-Con vertically and then moving the Joy-Con around to resemble the motion of a fishing pole. To reel in a fish, you'll need to hold the other Joy-Con horizontally and move it in a circular motion.

In each fishing location, you’ll be asked to catch specific species of fish before being allowed to move onto the next area. The fish you’re required to catch don’t account for every fish in the game, so you can revisit areas to fill in any gaps in your collection.

Locations are split into different themed “worlds,” with the final area in each world challenging you to catch a “boss” fish, which puts up more of a fight than a regular fish and is therefore harder to catch.

As you complete areas and in-game goals (such as catching 100 fish in total), you’ll unlock more than 70 different types of fishing gear in the form of lures, rods, and reels. Each lure is appropriate for catching different kinds of fish, and the menu at each fishing location will tell you whether you’ve selected the right gear for the job, based on the fish you're going after.

However, the fish species themselves are hidden on the menu until you’ve actually caught them (you’ll just see a question mark on the menu), so you won’t know whether the fish you need to catch to complete your current mission matches the gear you’ve selected until you’ve actually gone fishing. Plus, since the same gear may be the best for catching multiple species of fish, you may end up catching lots of duplicate fish before you actually find the one(s) you need.

What else should we know about this game?

The game’s text is written in less-than-perfect English, so you’ll run into grammatical errors and sentences that just “sound weird.” However, this issue isn’t severe, so you shouldn’t have any trouble understanding what the game is trying to say.

Finally, if you own the Nintendo Labo Variety Kit, you can use the fishing pole Toy-Con to play a trolling mini-game from the main menu. We weren’t able to try this game ourselves.

Even if you’re not a fan of fishing in the real world, you can still enjoy Fishing Star World Tour, since it’s more focused on casual gameplay than depth and realism. Kids (and adults) can quickly drop in for a 10-minute gameplay session and have some fun with the motion controls, pretending they’re actually out on the water.

That being said, we would have liked the game more if it had a traditional storyline to complete, rather than simply pushing you forward with the goal of catching all of the available fish. The lack of a storyline, additional characters to meet, and generally other things to do really limits the game’s long-term appeal.

Fishing Star World Tour is available for $29.99. The game is rated E for Everyone by the ESRB.