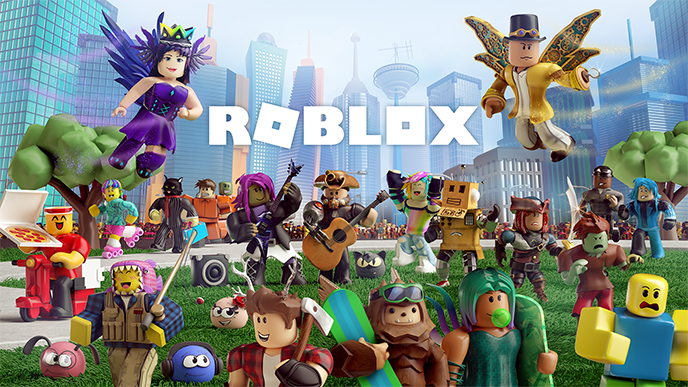 Here’s the latest in video games and tech, from Roblox’s education initiative to a new console inspired by a Rubik’s Cube.

Roblox wants to encourage kids to learn about coding through its new Roblox Education initiative. Roblox is a social game creation platform that attracts more than 60 million players each month, many of whom are children. The platform lets kids create their own games to share with the community, and/or play a multitude of games created by other users.

The company will offer free curriculum for teachers to help kids learn the fundamentals of coding by building a virtual world on the Roblox platform. The curriculum contains approximately 12 hours of tutorials, along with other resources teachers need to help kids succeed in the program.

Additionally, Roblox announced that Roblox Studio, the building tool used to create Roblox worlds, will be used at more than 500 summer coding camps around the world to teach kids about coding, game design, “digital citizenship,” and entrepreneurial skills.

Roblox will also host a Creator Challenge this summer, challenging kids to create a virtual world inspired by the film Jurassic World: Fallen Kingdom. The challenge program will be available from June 12 until September 12. Thankfully, kids don’t have to have any prior coding experience to participate in the challenge. The program will guide kids through a series of lessons during which they’ll rescue Blue, a velociraptor from the Jurassic World films, from an erupting volcano. After each lesson, kids will need to pass a quiz to prove they understand what they’ve learned. When they complete the program, they’ll receive an exclusive Jurassic World: Fallen Kingdom item for their Roblox avatar. More information about the Creator Challenge program will be available here.

A 13-year-old and his family created a new game console called the WowCube, which you hold in your hand. Inspired by a Rubik’s Cube, the WowCube is made of eight “modules,” positioned in a 2x2 cube, that can be rotated similar to how squares are moved on a Rubik’s Cube.

According to VentureBeat, the WowCube can be used to play a variety of games with names like Pipes, Space, Puzzle, Scrabble, and Maze. Some games will come pre-installed on the WowCube, and owners can add more to the console by using the WowCube Store mobile app.

Information about how to buy the WowCube will be released this summer.

Fortnite Now Lets You Voice Chat with Other Players on iOS

If your teens play Fortnite on iOS, they can now talk to other players using their voices. Previously, this feature was only available on other platforms. This new voice chat option is available in the game’s Settings menu.

Remember, parents, while voice chat offers a great opportunity for kids to talk to and befriend other players, it also opens the possibility for them to encounter foul language and other inappropriate conversations. Make sure you know who your kids are talking to online and help them know what to do if they encounter bad behavior.

YouTube is the Most Popular Online Platform for Teens

According to a new survey of American households conducted by Pew Research Center, 95 percent of teens (referring to users 13-17) own a smartphone or have access to one. Almost half (45 percent) of teens said they are online “on a near-constant basis.” In Pew’s last survey of teens, which took place in 2014-2015, the number of teens who owned or had access to a smartphone was 73 percent.

YouTube is the most popular platform for U.S. teens, as 85 percent said they used YouTube. Snapchat still leads, though, when it comes to the platform teens use most often. Thirty-five percent of teens said they use Snapchat most often, compared to 32 percent for YouTube.

Social media is a great way for teens to stay in contact with friends and family, but all online activity needs to be monitored by parents and kept in check. Pew’s study showed most teens aren’t aware of the negative effects social media may be having on them, so it’s up to parents to make sure social media is enjoyed in a healthy way in this always-online world.