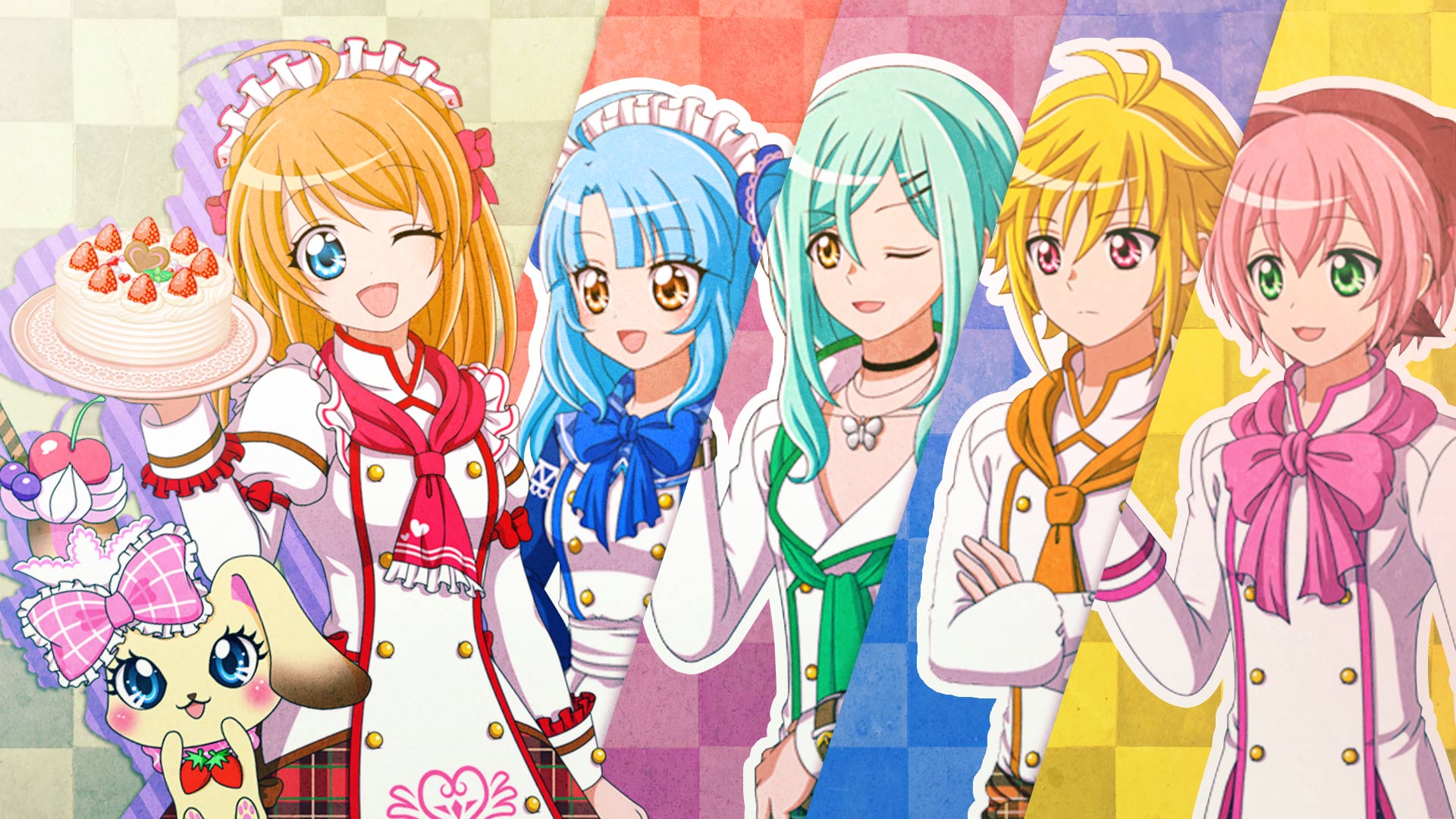 Waku Waku Sweets is a cooking simulation game from Aksys Games that was released digitally on Nintendo Switch in late 2018. Now the game is available physically as well, meaning you have the option to buy a copy of the game in stores if you'd rather not download it over the internet.

What is Waku Waku Sweets about?

In Waku Waku Sweets, you’ll help an aspiring pastry chef prepare over 100 different recipes on her quest to spread joy to citizens around town using baked goods and other sweets.

While your character (you can name her) starts out knowing only a few recipes, your recipe catalog will expand greatly over time with recipes from around the world -- everything from apple pie and ice cream cones to macarons and a series of Japanese confections called Wagashi.

How do you play Waku Waku Sweets?

Once you create your main character, you’ll head to a pastry shop called Fil Rouge, where you’ll start your first day on the job as a newbie pastry chef. Your coworkers will help you create recipes, and you’ll earn money after each shift that you can use to purchase additional recipes, decorations for your house, and new clothing for your character to wear.

The gameplay here is really simple, and it’s similar to games in the Cooking Mama series, if you’re familiar. (Cooking Mama debuted on Nintendo DS in 2006, and it asked you to help a character named Mama create a variety of recipes using touch screen controls.)

Most recipes contain multiple steps, which will see you complete actions such as cracking eggs, mixing ingredients, setting the oven timer, pouring batter, and much more. When the Switch is docked, you have the option of baking using motion controls, or you can simply use the analog sticks on the Joy-Con or Nintendo Switch Pro Controller if you prefer. When the Switch is in handheld or tabletop mode, motion controls aren't available.

Whatever control option you choose, you’ll complete each cooking action by pressing either L or R on the controller and then following the movement prompt that appears on the screen. For instance, if you need to pour batter into a cake pan, you’ll be asked to tilt the Joy-Con to imitate a pouring motion if you’re using motion controls, or press one of the analog sticks in the proper direction if you’re not.

The game’s on-screen prompts have arrows to indicate the specific direction you’re supposed to move the analog stick / Joy-Con, so there is a difference, for instance, between moving the analog stick in a clockwise circle versus a counter-clockwise one.

However, the motion controls are incredibly forgiving. In most cases (though not all) it doesn’t seem to matter if you actually move the Joy-Con in the proper direction to match the on-screen arrow. So long as the game senses movement of some kind, your action registers and the recipe moves on. When using standard controls, you’ll need to be more precise, but you can freely switch between analog sticks to use the one you’re most comfortable with (in fact, you can play the game basically one-handed).

Each step in a recipe is technically timed, but so long as you follow along with the on-screen prompts as they appear, it seems almost impossible to run out of time. This, combined with the forgiving motion controls, makes the game very friendly for younger players, but also removes a lot of the challenge for adults or those looking to test their skills.

Similarly, even though your performance is graded (you’ll receive up to three stars / 100 points on a dish, depending on how well you prepared it), it seems really hard to fail. Again, some tasks are more particular than others. For instance, cracking eggs is a no-brainer -- you simply move the Joy-Con or analog stick to match the arrow -- but doing something like piping choux pastry dough onto a baking sheet requires a bit more finesse.

In this particular example, you’ll need to move the Joy-Con / analog stick to pipe dough until you’ve piped a circle of dough that matches the size of a red dotted line. When using the analog sticks, it’s easy to go slightly over the desired size, causing you to lose a few points, but not ruin the entire recipe. Interestingly, the game seems to help you out during these tasks when using motion controls, so you don’t go over.

As we mentioned before, you’ll start out with only a few recipes available to prepare, but as you progress, you’ll unlock many more. Each time you complete a recipe for the first time at the three-star level, you’ll fill a rainbow meter in the top-left corner of the screen.

When the meter is entirely filled, you can enter a cooking contest for a chance to improve your in-game title. These contests ask you to cook multiple recipes, one right after the other, without being able to choose which one you’ll prepare next. When you win a contest (that's easy to do), you’ll unlock new recipes to purchase and create, and the cycle repeats.

In addition to cooking recipes at Fil Rouge, you can bake any recipe in your collection at your house to simply practice or earn those three-star ratings. You’ll be able to carry the last six items you prepared at home in your inventory, and then visit locations around town like the park and library to potentially hand them out to people to make them happy.

Characters in these locations will have specific treat requests, so you may not always have what they want at the time, but you can head home to create the dish they’ve requested in hopes of running into them again later on.

Does the game have any problems?

Waku Waku Sweets does have a few technical problems, but they’re not enough to ruin the entire experience. For one, with a limited number of characters to talk to, you’ll quickly start seeing repeated dialog. The game also doesn’t have voice acting, so players will need to be able to read to follow along with the story (but not actually complete the baking tasks).

In addition, during a competition, the game progresses automatically from one cooking task to the next, so there’s no way to pause in the middle of preparing a dish if you need to take a break.

Finally, we had trouble getting the game to respond to the small, half-circle arrow movement when using the analog sticks on the Joy-Con. It would often take multiple flicks of the analog stick to actually register. However, this wasn’t a problem on the Nintendo Switch Pro Controller.

Waku Waku Sweets includes a screen time feature, which allows you to set how long you’d like to play (or how long you’d like your child to be able to) before the game automatically returns to the title screen. You can start as low as 15 minutes, and go all of the way up to 120 minutes. You can also turn the feature off altogether, so you can decide when to quit on your own.

Waku Waku Sweets is a simple game that likely won’t appeal to everyone, but the story is lighthearted, and the game is full of brightly colored, adorable graphics and characters. The gameplay can be a bit tedious (some tasks take quite a while to complete), but there’s a simple pleasure to be had in watching the rainbow meter fill and unlocking so many different sweets to create.

Kids (and adults) won’t walk away from the game as a master pastry chef, but they may gain an appreciation for baking and the many steps that go into creating some of their favorite treats.

Waku Waku Sweets is available for $39.99. The game is rated E for Everyone by the ESRB.