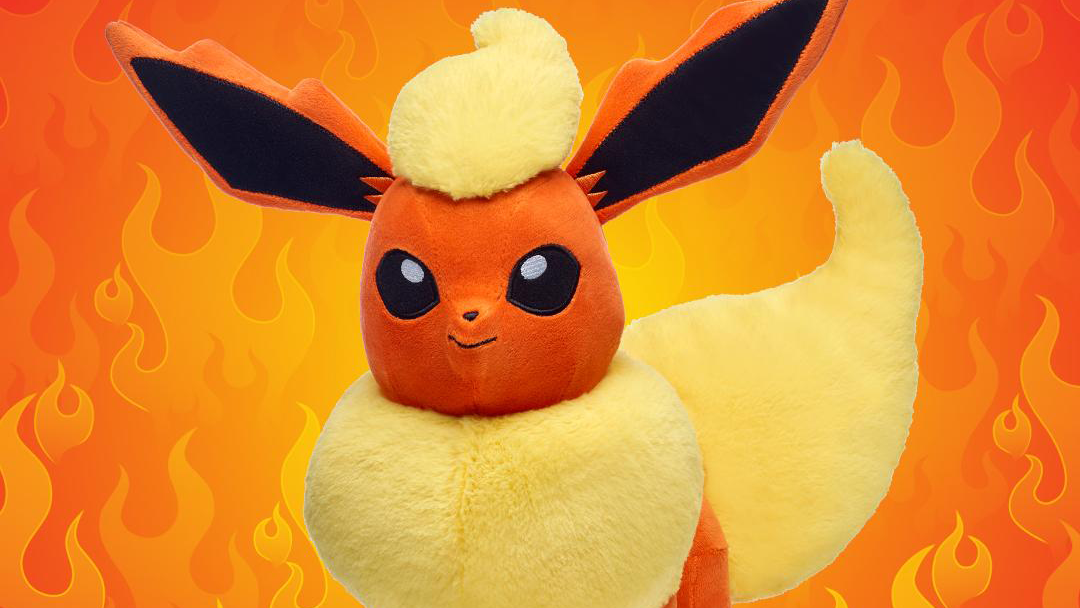 There’s a new Pokemon in town at Build-A-Bear Workshop. Flareon, the Fire-type Pokemon that evolves from Eevee, is now available to help you warm up during these cold winter months.

The Flareon plush measures 12 inches tall. You can purchase it on its own for $32, or pick up the Online Exclusive Flareon Bundle from Build-A-Bear’s website for $64.

The bundle includes the Flareon stuffed animal, the Flareon Poke Ball Sleeper (some adorable pajamas), a Flareon Fire Type Cape, and a 5-in-1 Flareon Sound object that will be placed inside the stuffed animal so that it makes noise.

If you buy this bundle, you can choose to receive Flareon dressed or undressed.

Build-A-Bear’s lineup of Pokemon plushies has grown quite a bit in recent months. For instance, Pichu was released last October, and a 24-inch Snorlax made its debut in November. Unfortunately, the giant Snorlax has now sold out, but Pichu is still available as of this writing.

Head over to Build-A-Bear’s website to see all of the Pokemon plush you can currently choose from. Or, if your littles aren’t into Pokemon, take a look at some of the store’s other recent releases, like this Ryan’s World Combo Panda and these bears inspired by Frozen 2.