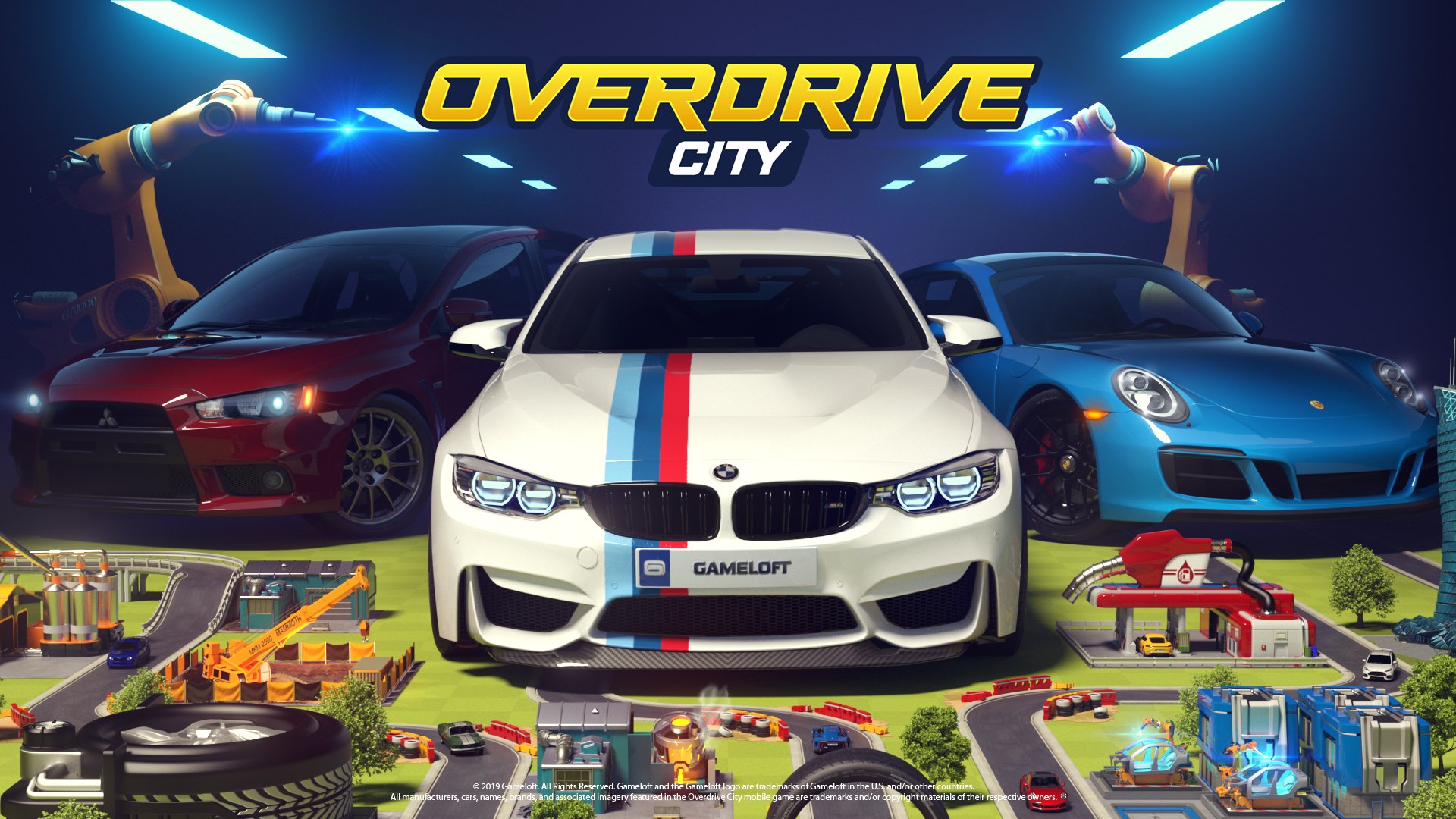 Gameloft, the company behind Disney Princess Majestic Quest and Asphalt 9: Legends, announced that pre-registration is now open for Overdrive City, which is coming soon to mobile and PC.

In Overdrive City, players will build a city themed around cars, full of buildings like factories, showrooms, and more. As players progress, they’ll be able to collect and upgrade more than 50 different vehicles from real-world manufacturers such as Ford, Porsche, and BMW.

In addition to this city-building gameplay, Overdrive City will include a Career mode and Race Trials that will let players race their vehicles on in-game tracks.

In a press release, Thomas Aurick, vice president of creation at Gameloft, commented on the game:

“With Overdrive City, we wanted to provide a fresh take on the classic city building genre and delight car lovers in an original and innovative way. Gameloft has longstanding relationships with the most prestigious car manufacturing brands, and we are thrilled to leverage those to craft a unique car game that spans genres and audiences.”

Overdrive City is expected to launch on iOS, Android, and PC in early 2020. You can pre-register for the game now on Android (it’s rated E for Everyone on the Google Play store).

Keep checking back with SuperParent, as we’ll bring you more information about the game once it’s available.