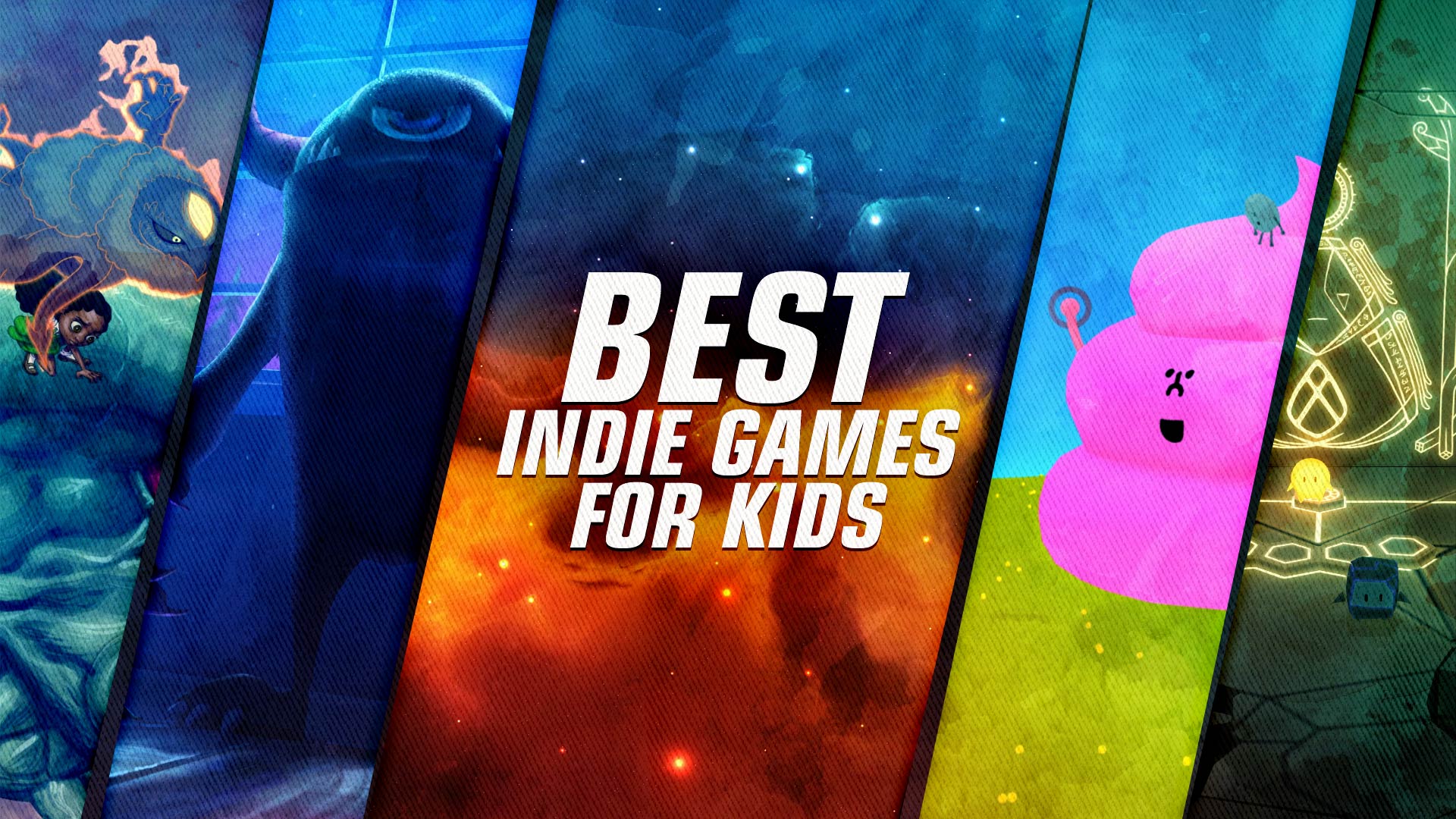 Big-name studios like Nintendo aren’t the only places making great games for kids. Independant, aka indie, developers have also been responsible for excellent family fare. Yes, just like there are indie movie studios, indie music labels, and indie book publishers, there is a thriving indie game scene that is responsible for some of the most exciting games currently on the market.

This farming simulation game allows players to grow crops, raise animals, go fishing, explore the mines, build relationships with the town’s residents, and even get married. As players work to grow their farm into a bustling operation, they can collect a wide variety of resources that they can sell, use in crafting, or even give to the town’s residents as gifts (or to complete their requests). Plus, the game supports multiplayer gameplay so up to four people can work on the farm together. Stardew Valley is a tremendously fun game, but it also runs the risk of being a bit too enjoyable, which may be a problem for kids or teens who have trouble regulating their screen time (we have tips to help with that).

Lost Words: Beyond the Page is one of the most touching and emotional games SuperParent has played. This narrative adventure game takes place in the journal of a young girl named Izzy. Izzy is an aspiring writer who is drafting a fantasy story in her journal, but she’s also dealing with a difficult and emotional situation in her real-world life, which she writes about in journal entries. The gameplay in Lost Words: Beyond the Page is split into two areas: the fantasy world of Estoria where Izzy’s fictional story is set, and the pages of Izzy’s journal. Both areas offer side-scrolling platforming gameplay that focuses on using words to interact with the environment.

While Lost Words: Beyond the Page is a pretty short experience (around four hours), it’s deeply moving and absolutely worth playing. At the same time, parents should know that even though the game is rated E for Everyone, the story deals with mature, emotional topics such as loss and grief, so we encourage families (both adults and children) to play the game together so parents can help younger players if they have questions about the game’s themes. You can learn more about Lost Words: Beyond the Page and watch a gameplay video in our SuperParent First Look.

The Wild at Heart
Rated E10+ for Everyone 10+
Available On: Xbox One, Xbox Game Pass Ultimate, PC

The Wild at Heart is an adventure and puzzle game that’s similar to Pikmin. It follows two young kids, Wake and Kirby, on an adventure through a magical hidden world within the forest behind Wake’s house. Players will meet a variety of Spritelings on their adventure, which they can command to perform actions, like removing obstacles from the path or even attacking enemies. There are multiple varieties of Spritelings to befriend, and each one has different abilities or perks. Players will also be able to collect lots of resources as they play, which they can use for crafting and more. As of this writing, The Wild at Heart is only available on Xbox One and PC, but it will be released on Switch and PlayStation 4 on November 16, 2021. You can learn more about The Wild at Heart in our SuperParent First Look.

Slime Rancher was originally released way back in 2016, but the game is just as fun to play now as it was years ago. In Slime Rancher, players become a rancher named Beatrix LeBeau, who takes over a slime ranch in the “Far, Far Range.” Players will be able to collect, feed, and breed a variety of slimes, like Pink Slimes, Tabby Slimes (they look like cats), and Phosphor Slimes (they glow), among many others. As players take care of their slimes, the creatures will generate “Plorts,” which can be sold to make in-game money. The more players progress, the larger their ranch can become, the more slimes they can care for, and the more Plorts they can generate. Slime Rancher is one of our favorite family-friendly games here at SuperParent, and we really can’t recommend this one enough.

In this clever little puzzle game, you play as a mischievous goose who must complete objectives in different environments around town before moving on to the next area. For instance, you start near a backyard garden, which is being maintained by a groundskeeper. In this early area, you’re asked to complete tasks such as stealing the groundskeeper’s keys or throwing his rake into the nearby lake. You’ll need to use strategic thinking and problem solving (and maybe even some goose honking) to figure out how to complete each task. Plus, Untitled Goose Game supports two-player multiplayer so two players can team up to complete puzzles (and honk at people) together.