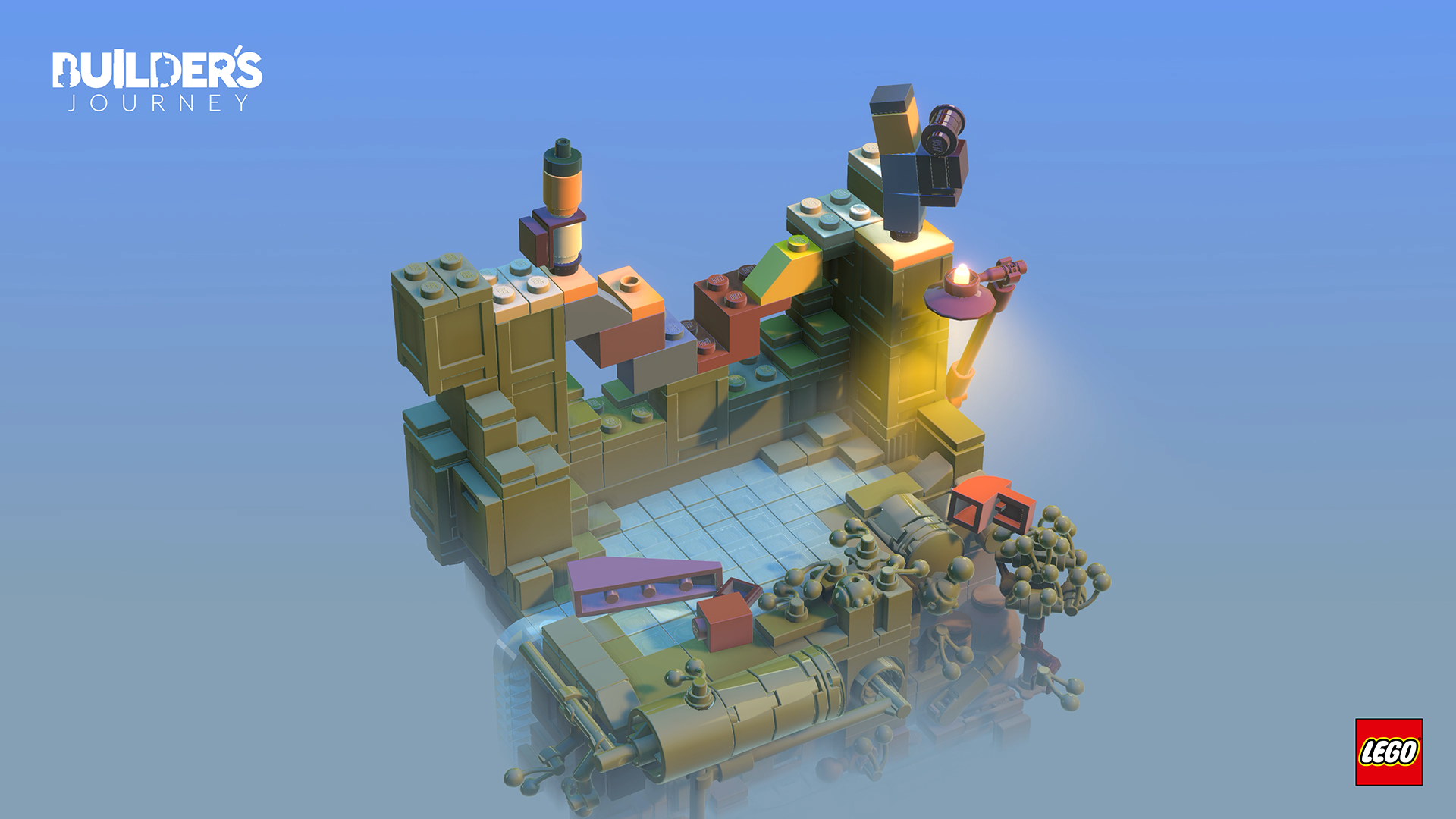 In Lego Builder’s Journey, players are presented with a series of environments that each have some sort of goal to achieve. For instance, you may be presented with a starting point and an end point and must create a path to help a character move from point A to point B. While each environment is made of Lego bricks, only a few of these bricks are actually interactive, and players will need to put these bricks in the correct places (and complete actions in the proper order) to complete each puzzle and move on.

Since the game is “nonverbal,” there isn’t any voice acting, or even text dialog that appears on the screen. Instead, players can follow along with the story by watching the movements of the characters themselves, and how they interact with one another in short cutscenes that appear as players progress. The game’s “silent” nature might make it difficult for younger players to keep up with what’s going on.

There also isn’t a hint system, so players will need to figure out the solution to each puzzle on their own before being able to move on. Thankfully, there isn’t any true penalty for incorrect actions, and you can move each brick multiple times (if you need to) as you work through each stage.

Lego Builder’s Journey is rated 4+ on Apple Arcade. Like all games on the service, it does not contain ads or in-app purchases.

Check out eight minutes of Lego Builder’s Journey in our SuperParent First Look below.