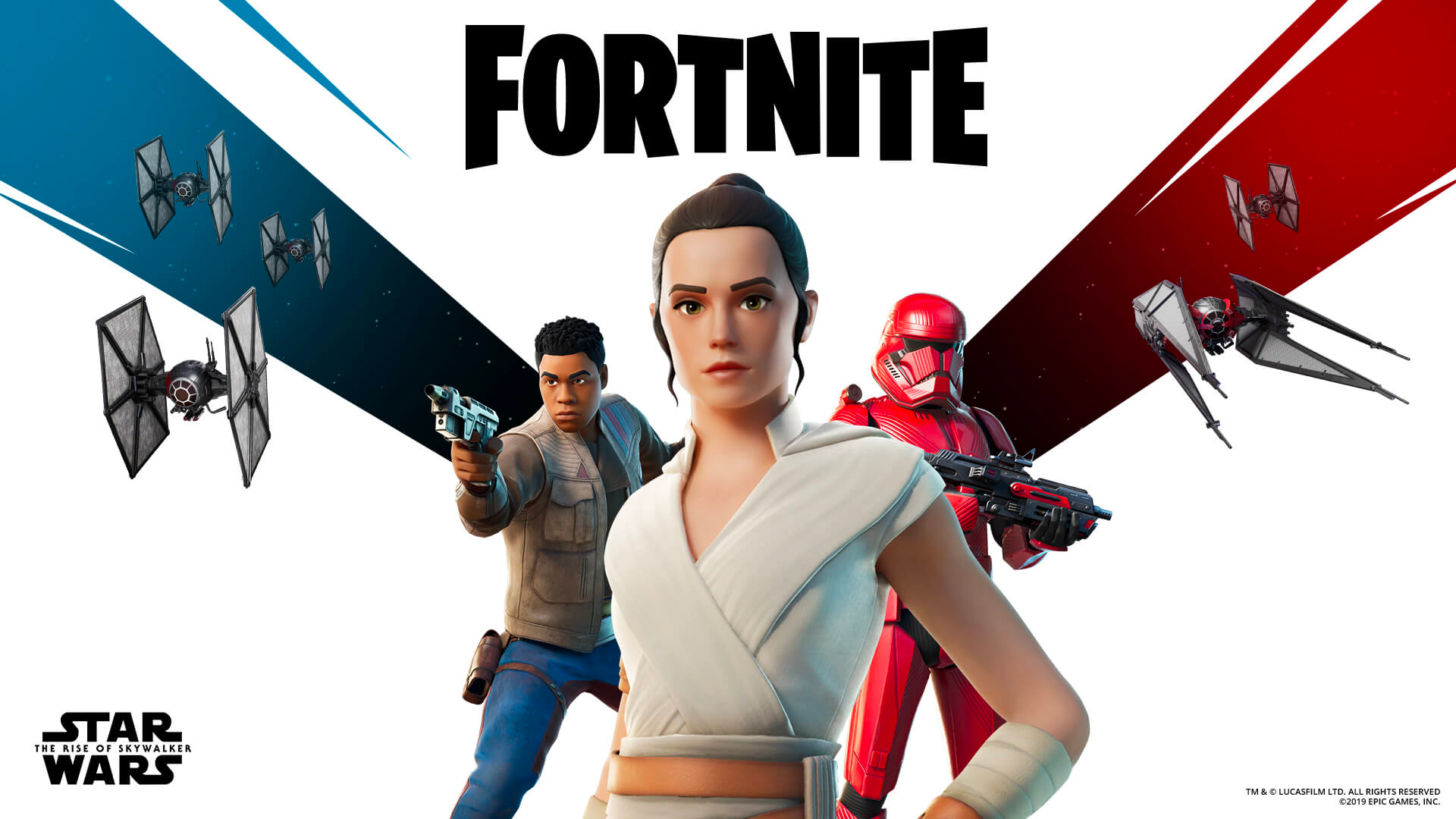 Fortnite is headed to a galaxy far, far away with a Star Wars-themed event taking place on December 14 at 2 p.m. ET.

At that time, new footage from Star Wars: The Rise of Skywalker will be shown off for players who gather at Risky Reels. Everyone who attends the in-game event will receive a free TIE Whisper Glider for their account (check out the Glider in the video below). You can start gathering for the event at 1:30 p.m. ET on December 14.

As part of this celebration, new Star Wars-themed Gliders, Pickaxes, Emotes, and Outfits (including Outfits based on Rey, Finn, and a Sith Trooper), have been added to the game’s Item Shop for players to purchase.

Keep in mind, though, that you don’t have to purchase any of these items to participate in the Star Wars event at Risky Reels.

We’ll let you know if more Star Wars-themed content is added to Fortnite in the future.

Star Wars: The Rise of Skywalker hits theaters on December 20, 2019.