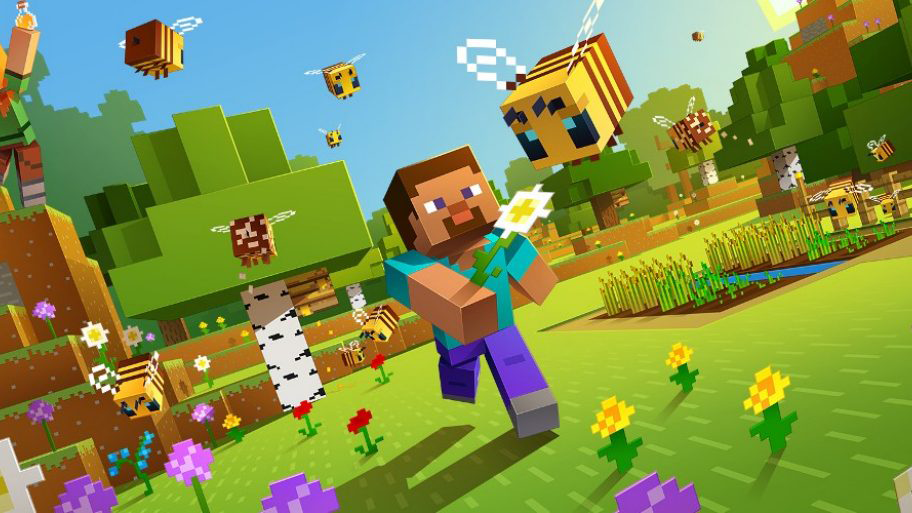 Minecraft’s latest update (available in both Bedrock and Java Editions) is called Buzzy Bees, and as the name suggests, it adds all sorts of bee-themed content to the game, starting with adorable blocky bees!

Bees are a neutral mob, meaning they won’t attack you when they see you. They act similarly to real bees, in that they love collecting pollen from in-game flowers. After they collect pollen, they’ll fly back to their home nest. If they pass over crops you’ve planted on the way, they can drop some pollen onto your crops to help them grow.

In addition to adding bees and nests, this Buzzy Bees update added beehives that you can craft yourself using honeycomb and wood planks. You can learn more about these beehives and how to safely interact with them on the Minecraft website.

Finally, this update includes other bee-themed items for you to play around with, such as honey bottles and honey blocks.

To see all of the changes and additions included in the Java edition of this update, check out Minecraft’s website.

It’s been a big news week for Minecraft. On December 10, the Bedrock version of the game was finally released for PlayStation 4, allowing PS4 owners to access cross-platform play and the Minecraft Marketplace.