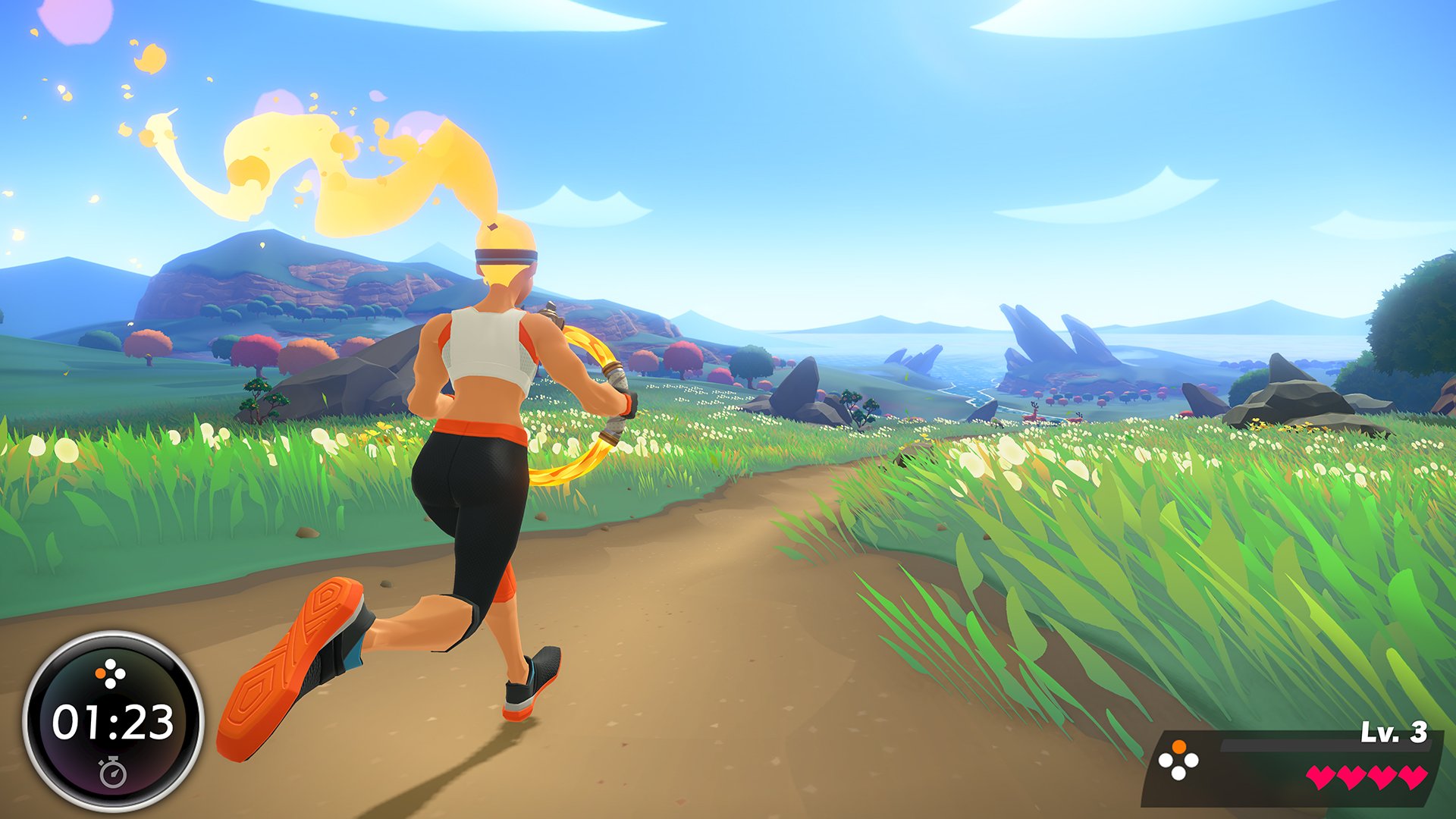 I hate squatting. It’s my least enjoyable exercise at the gym. Even when I do squat, it’s a quick 30 reps without additional weight, so when I heard that squats play a key role in Nintendo’s new exercise game for the Switch, Ring Fit Adventure, I wasn’t eager to break a sweat. Of course, I should have known better than to doubt Nintendo.

It feels weird typing this, but Ring Fit Adventure makes squatting enjoyable. The squat is one of more than 40 unique Fit Skills (think exercises) that you’ll need to complete to defeat enemies in the heart of the game's robust Adventure mode. Turn-based combat in the game, referred to as Fit Battles, see you performing different Fit Skills to take down the opposition. Complete the chosen exercise and you’ll deal damage to your adversaries and (hopefully) emerge victorious.

In most role-playing games (RPGs) like Final Fantasy and Dragon Quest, you comfortably press a button to instruct your on-screen hero to attack, but with Ring Fit Adventure, you literally get physical to fight back, and you’re looking at several minutes of exercise. What I love about this is how Nintendo incorporated sets into the gameplay. In case you don’t work out or know gym lingo, one set contains a series of reps. For example, one set of squats might contain eight reps, which means I squatted down and stood back up eight times in succession, then took a short break before repeating the set.

Early on in the Adventure mode, I’d run into some monsters and the game forced me to engage them in battle. After selecting the Squat Fit Skill, I’d then need to pull off 12 or more squats before finishing the set; the game records my moves with the included Ring-Con peripheral that you hold while playing, and the Leg-Strap that attaches with Velcro around your left thigh.

Three things make this better than the gym. First, the game forced me to squat low and then hold the squat for a few seconds before standing up; full disclosure, I never “hold” the squat at the gym for long. Second, you need to do a lot of squats until your turn, or set, is over, so the game does a great job maximizing the number of reps. My third and final point is the miniscule amount of damage that you deal per squat, at least in the beginning of the game. Each squat slowly (s-l-o-w-l-y) chips away at a monster’s health bar, and the desire to win inspired me to keep squatting until the enemy (the evil little kettlebells are adorable) perished.

Before I knew it, I had logged more than 50 squats in one play session that lasted maybe 30 minutes, which amounted to roughly 14 more squats in the video game than had I been at the gym taking a shortcut on my workout. Not only did I win battles and move on to the next level in Adventure mode while leveling up my in-game character, but I also felt invincible physically as well.

This is the main reason why Ring Fit Adventure is now part of my workout routine -- its ability to get me out of my comfort zone and try different exercises for virtual rewards. I still rely on spending quality time at the gym to lift weights, but then I fire up Nintendo’s fitness game to do the exercises that I wouldn’t do anywhere else. Not just squats, but also jogging in place and knee lifts.

There’s also so much more to Ring Fit Adventure than just that Adventure mode. While that comprises most of the game, there are a variety of mini-games for you to check out that put new spins on familiar exercises. Speaking of which, there’s one particular mini game that challenges you to shape a piece of clay with squats, and it’s insanely challenging. Colleague Henry Stenhouse wrote about his trials and tribulations in this mini-game, the Squattery Wheel, and I invite you to read all about it.

On that note, don’t sleep on Ring Fit Adventure. I went into the experience thinking it was gimmicky and came away in better shape than when I started. It joins one of Nintendo’s other imaginative creations, the Labo cardboard playsets, as a product that seems odd at first but is very clever and fun.

Regardless of where you might be in your fitness journey, give Ring Fit Adventure a chance. Just make sure you’re ready to sweat!