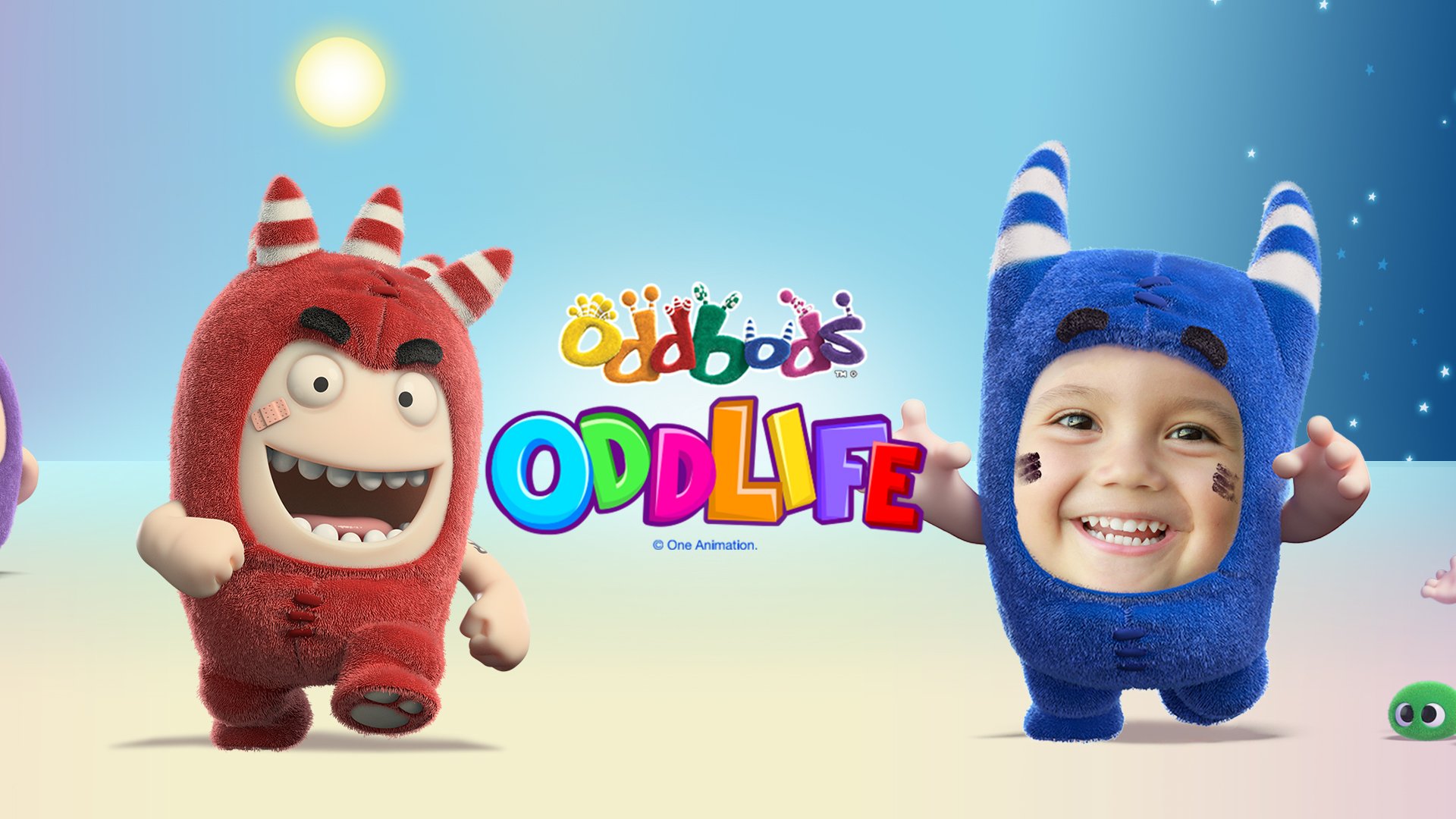 Sesame Street Yourself creator Weyo released a new mobile app for kids called Oddbods Oddlife, which is based on the children’s television program The Oddbods Show.

The app allows kids to play sing-along videos, watch short Oddbods clips, and dress up the Oddbods characters using a variety of accessory items. Many activities use augmented reality (AR) technology to put an Oddbods mask on the child’s face using the device’s camera.

For instance, during a sing-along video, the app will put a mask on the child’s face, and the video will frequently cut to the device’s camera so they can see themselves on screen as they sing along. The app will record these videos and then give you the option of saving them to your device for later viewing and/or sharing. If you don’t keep the video, however, it isn’t saved anywhere else.

Other activities allow kids to dress up the Oddbods (or themselves, while they’re wearing the on-screen mask) with different hats, glasses, and more. Kids can also complete short interactive activities with the Oddbods, like one that asks them to open their mouth to help an Oddbod brush its teeth.

Only a selection of the app’s content is available for free, while the rest is locked behind a premium subscription. The subscription costs $1.99 per month or $9.99 per year, and you can test it out for free with a 7-day trial. The app tries to stop kids from accessing this menu by asking a “Grown Up” to type the number that’s written in text on the screen to open the “Grown Ups” section of the app.

Oddbods Oddlife is available to download for free on iOS devices. The app doesn’t contain advertising.