Must Watch For The Holidays: The Dragon Prince on Netflix 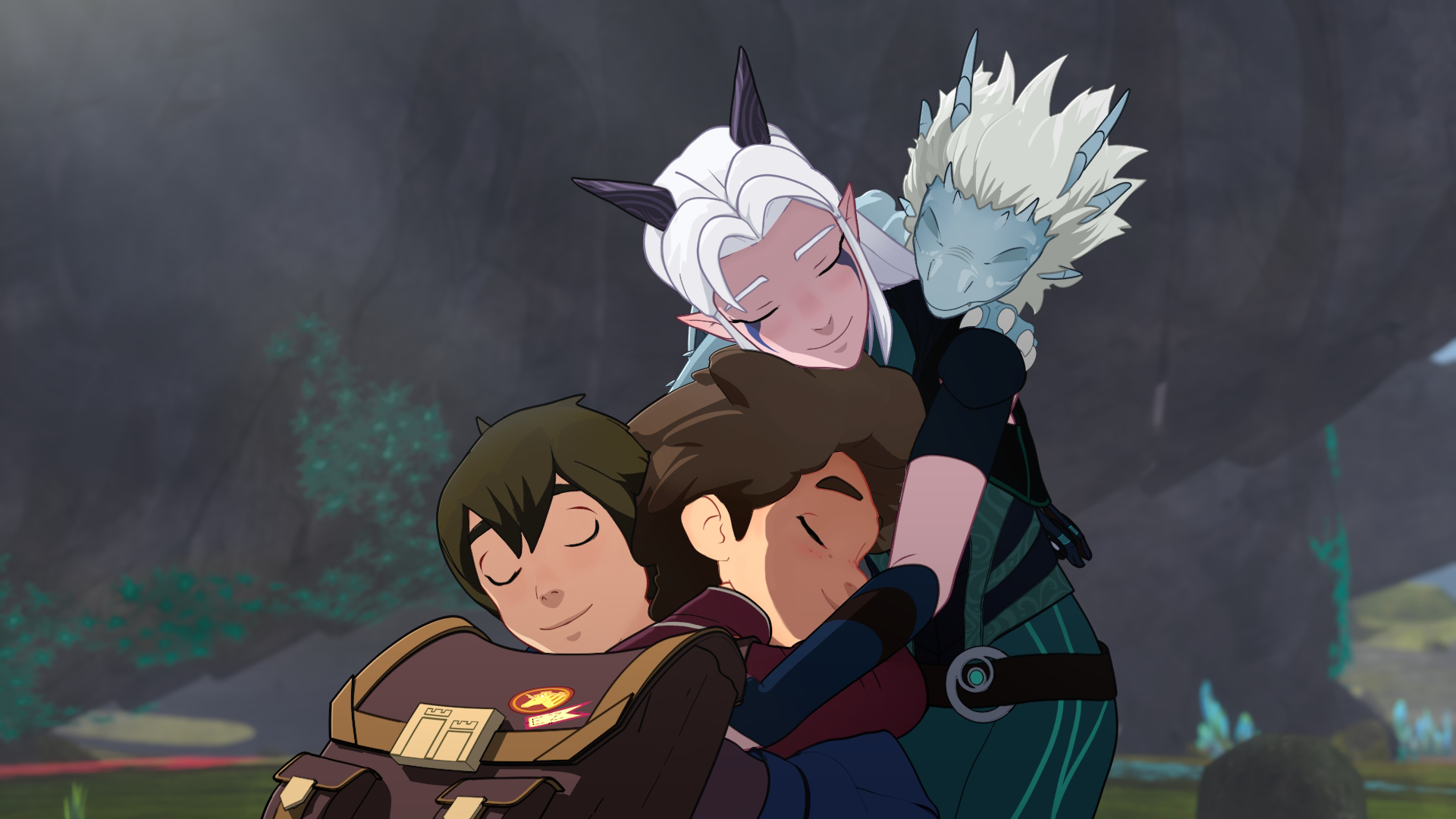 In 2005, I was a second-year university student living in a terrible basement suite in my hometown in the Rocky Mountains of British Columbia. I was kind of miserable and overworked. But when I found Avatar: The Last Airbender, it's like there was a light that came on.

There isn't a ton of overlap in the creative teams between Avatar: The Last Airbender and The Dragon Prince, but the central narrative is there: the biggest waves of change are often created by the most unexpected characters. With the third season of The Dragon Prince recently released on Netflix and the holidays right around the corner, this is a great opportunity to sit down with your family and get some time with the humans in Katolis and glimpse the magical realm of Xadia.

What is The Dragon Prince about?

On the surface, The Dragon Prince appears to be a story about good versus evil without much nuance. The "good" is represented by King Harrow, father to Prince Ezran and Prince Callum (his stepson), and husband to the late Queen Sarai (Ezran and Callum's biological mother) and his country of Katolis. The "evil" is represented by the Dragon Queen in Xadia and all of the magical creatures who dwell there and war with the humans.

But like any good story, there's nuance to be had. The good guys aren't as good as they seem and even assassins can be redeemed.

There's three seasons of narrative to pull from, but I don't want to spoil anything for all of you -- instead, go into The Dragon Prince prepared to be surprised and shocked by stories of redemption, hope, faith, "king and country", and love.

What kinds of themes do I need to be paying attention to while we watch?

There are LGBTQ+ themes to pay attention to. There's racism against the people of Xadia. There are themes of abuse to discuss, because that abuse is from parent to child.

But the best thing about how these themes are presented is that you don't have to have those discussions on the first viewing. Little ones like my youngest daughter aren't going to grasp these themes right out of the gate, either. To them, it's a fun, sad, beautiful, uplifting, and sometimes scary story that has dragons and magic and elves.

For older children, it's good to lean into talking about these themes and not shy away from discussing it for little bits at a time.

For teens, rope them in and have those big, bold talks. They can handle it, and heck, so can you.

Is this show appropriate for my preschooler?

Yes and no. This is a show that's more appropriate for children who are a little bit older. My littlest is almost seven, and while she doesn't quite grasp the deeper themes, she's also not bothered by scary sights or sounds when she's watching or playing something. (The girl is made of tough stuff.)

If you do sit down and watch with a preschooler, it might be best to watch with the sound down because there can be some big booms and big sounds that might scare them a little.

What do you love about The Dragon Prince?

I love the depth of the storytelling and that I can just… let go. Escaping into Katolis and Xadia to find a little slice of paradise with the show's main characters, Callum, Rayla, and Ezran, is a wonderful way for me to wind down at the end of a stressful day.

The animation took a little time to get used to, but it's so beautiful, and I love how saturated and gorgeous the colors are. It really draws the eye throughout the episodes, especially in the transition from Katolis to Xadia.

And probably the most exquisite part of the show, outside of the storytelling, is the music and audio engineering. I could sit and listen to the music in the show for hours at a time.

The Dragon Prince elicits those same feelings I had with Avatar: The Last Airbender, which hasn't been the case since the show's successor, The Legend of Korra.

The show isn't perfect. There are thematic elements that don't quite hit the mark for an adult watching the show, but since the show is for children… it's easy to overlook and just melt into what the show was intended to be.

Why do you recommend watching the show together?

It's a journey worth sharing with your family, to be honest. It's been a journey best shared with my husband and our youngest daughter (since it's a bit too intense for my youngest son, who's just a little older than her). There's something magical about watching this with other people who love fantasy and the escapism that comes along with diving into the genre.

So, for this holiday season, after you've watched Elf for the billionth time, think about firing up The Dragon Prince to enjoy the spectacle, joy, love, gratitude, and unexpected stories that unfold along the way.