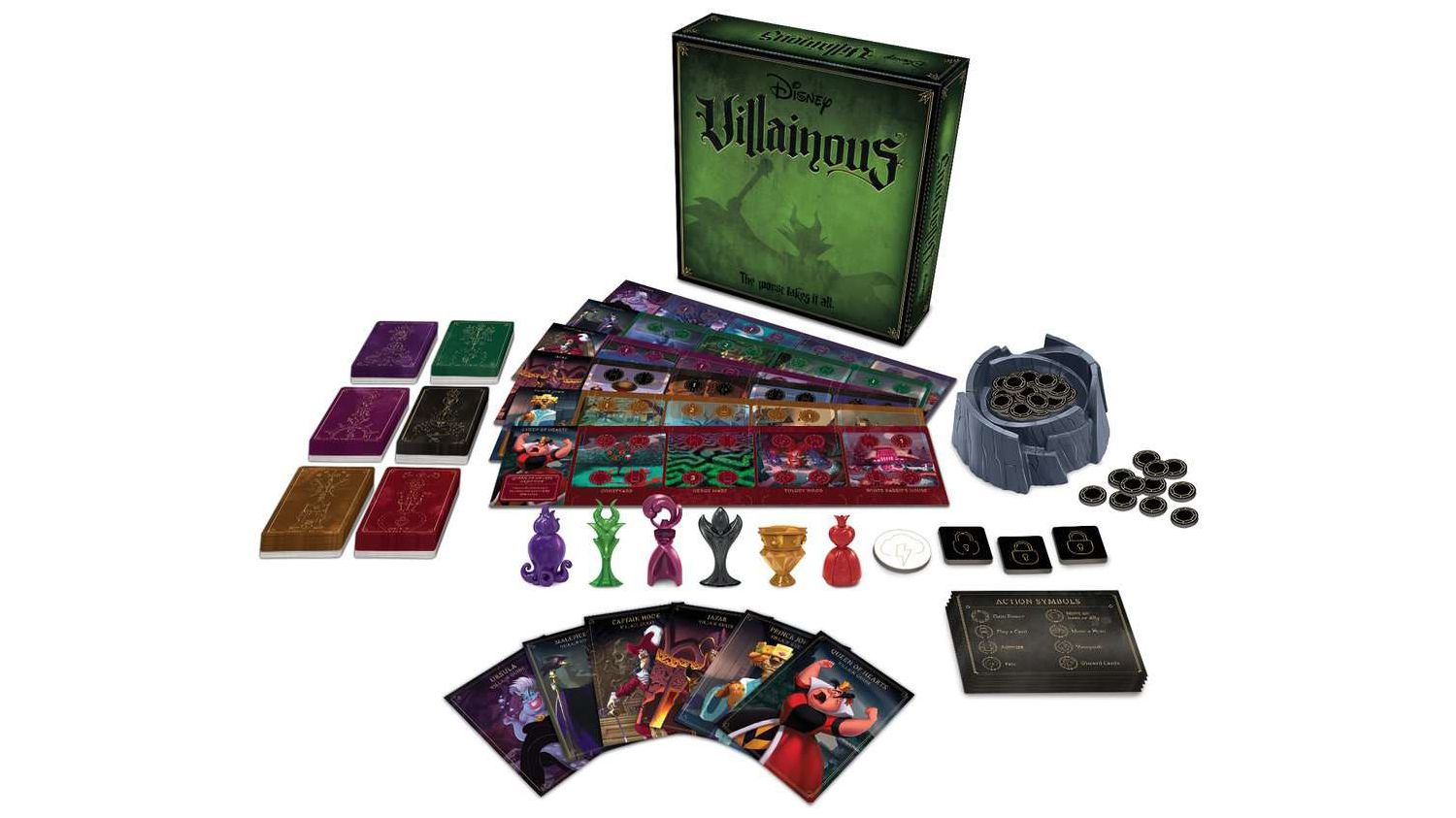 Ravensburger's approach to licensed games is absolutely spot on. We talked about it in our Jaws review earlier this year, and it's about time that we discussed another great board game from the German publisher: Disney Villainous. It's more than just a journey into one villain's world. There is now a base game and two expansions to play with.

Are you ready to defeat those pesky heroes and make the world a thing of darkness, as you've always known it should be?

Then let's go and become villains.

What kind of game is Disney Villainous?

Villainous is almost like solitaire coupled with "mess with your friends" moments. Each Disney villain in Villainous has their own agendas to fulfill. And, depending on whether you're playing the base game or you've got an expansion or two, you have a number of different villains to play as across a multitude of Disney movies.

Each villain has a different villain deck, fate deck, game board, and goals to achieve in order to win the game. There are similar rules that are overarching for all villains, of course, so there are consistent mechanics, at least. But other than that, you'll need to learn how to play with your Disney villain alongside keeping a wary eye on the other villains around the table.

Which Disney villains are in each Villainous game?

The base game, The Worst Takes It All, has:

The first expansion, Wicked to the Core, has:

Where do you suggest people start with Villainous?

Start with the base game and get to know the easier villains, all of which are marked with difficulty in the rules booklet. There are also some great guides about the villains in Villainous to read if you want to better understand the villains before you jump in.

The trick to Villainous is making sure that you're not playing with too many people, otherwise things get a little out of control and you can lose sight of what the other villains are doing at any given time. (And you'll need to keep track if you want to trigger their fate cards and make their agendas more difficult to fulfill.) We've found that the sweet spot for player count is 3-4 villains.

How difficult is this game for kids?

Villainous is highly tactical and strategic. It requires quite a bit of reading and isn't particularly forgiving if you mess something up with your villain's agenda or specific rules. If adults mess up the underlying rules and goals for their villain, it's hard enough, but if you've got a little one who isn't reading well (yet!) and isn't particularly tactically-minded, it's going to be impossible to really get them into playing the game.

The best thing to do for little ones is to get them on a team with an adult or an older child, which will allow the younger child to enjoy the game's theme without getting bogged down in the rules and strategy.

I love how it's a completely different game every single time that I sit down to play, especially if I'm playing with a new villain and against unfamiliar villains. There's enough variety in the base game, let alone the expansions, that I've never found myself bored as a result of replaying the game.

I like that Villainous is easy to learn, but it's hard to master. It keeps me coming back for more.

What would you change about Villainous?

I'd make it a bit more scalable so it's actually playable with more than 4 players. As it is, the balance is really persnickety and isn't forgiving for players that plan their turns in advance (because, it could be 10-15 minutes between turns, depending on how many people are at the table).

Is this a good buy for my family?

If you have some strategy fans in the house, Villainous is fantastic. It's a ton of fun if these kinds of games are already your jam.

If you prefer lightweight games, however, this is a bit too heavy for that. I'd suggest dipping a toe in with one of the expansions, which are less expensive than the base game. Failing that, go to a local board game cafe (if your town has one) or to your friendly local game store and request a demo, if possible.

You can pick up Disney Villainous online, at your friendly local game store, and at Target for $34.99.