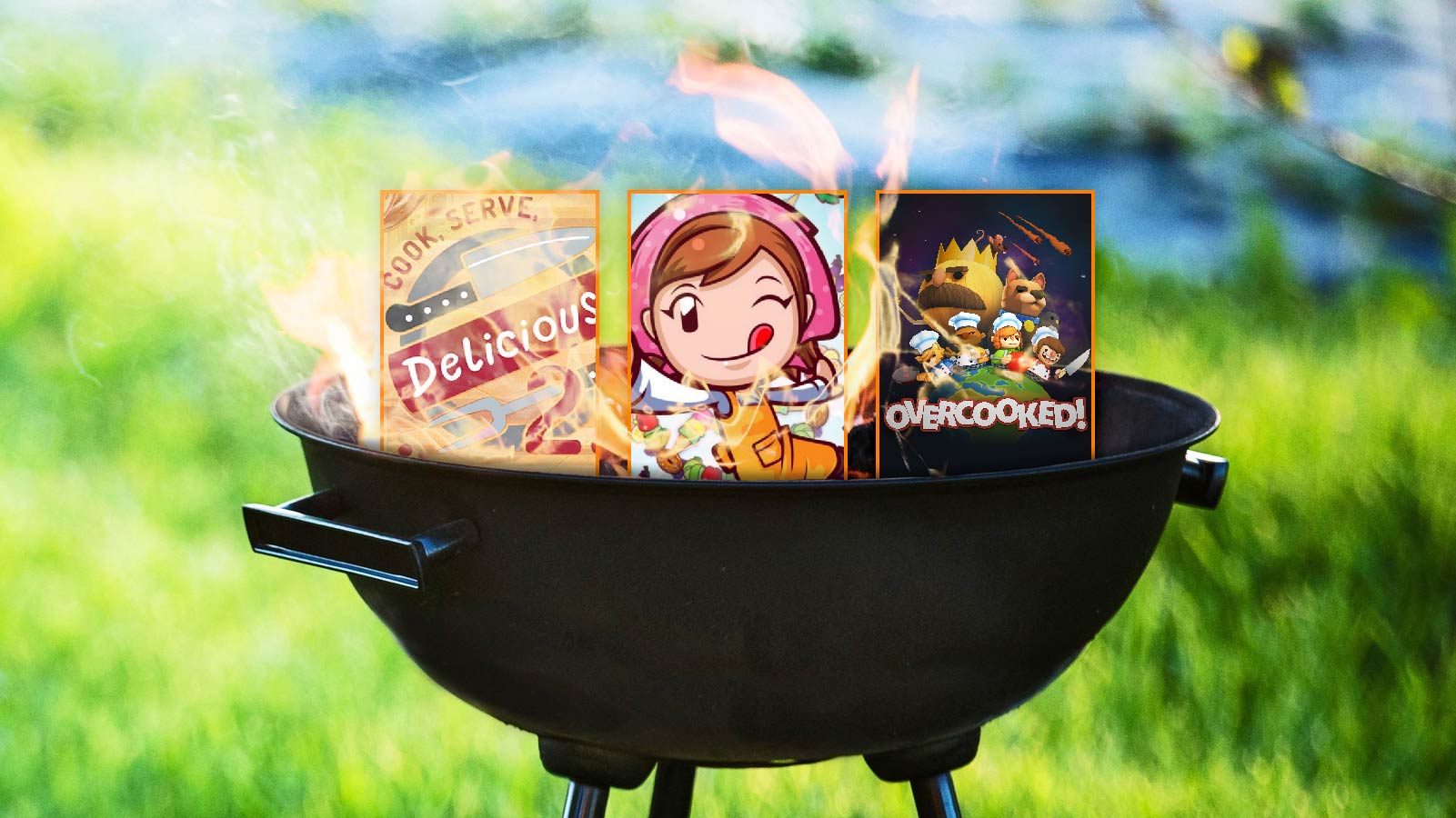 It’s Memorial Day weekend, and while we might not let the kids man the grill by themselves, there are plenty of great video games that let would-be chefs have a hand in creating (virtual) culinary delights. Check out a few of our favorite SuperParent-approved cooking games for Nintendo Switch, PS4, iOS, Android, and PC.

This frenetic cooking game is great for the entire family. The goal of the game is to fill orders as quickly and accurately as possible -- and that includes doing prep work like chopping veggies, tenderizing meat, and making sure the soup doesn’t burn. Oh yeah, and do all that while navigating ridiculous kitchens that are split up into several parts and floating on lava or in space. There’s a four-player co-op mode which adds to the madness, and this is when the game is at its best. The multiplayer mode is also great if you have smaller kids who want to play, but can’t manage the kitchen craziness on their own.

Cooking Mama Let’s Play is a game for kids who are cooking game newbies. Let’s Play starts out with a handful of recipes (more can be unlocked by performing certain tasks in-game or purchasing menu packs), which can be made by easy gesture controls. When you need a break from cooking, you can play up to 30 other non-cooking mini games, including Shopkeeper!, in which you manage several shops, solve timed slider puzzles, or play mini-games that test math and memorization skills.

Cook, Serve, Delicious 2 is billed as one of the “most intense cooking games ever made,” and will appeal to virtual chefs with a competitive streak. The thrill of the challenge will keep them glued to the screen, figuring out the best strategies to cook and manage 30 separate restaurants through 350 levels. CSD2 can be played with a friend -- so if you have two kids or want to jump in on the action yourself -- you can both work to beat the heat in this crazy awesome cooking game. More about Cook, Serve, Delicious 2.

What video game delights did your kids cook over this Memorial Day weekend? Tweet us at @superparenthq