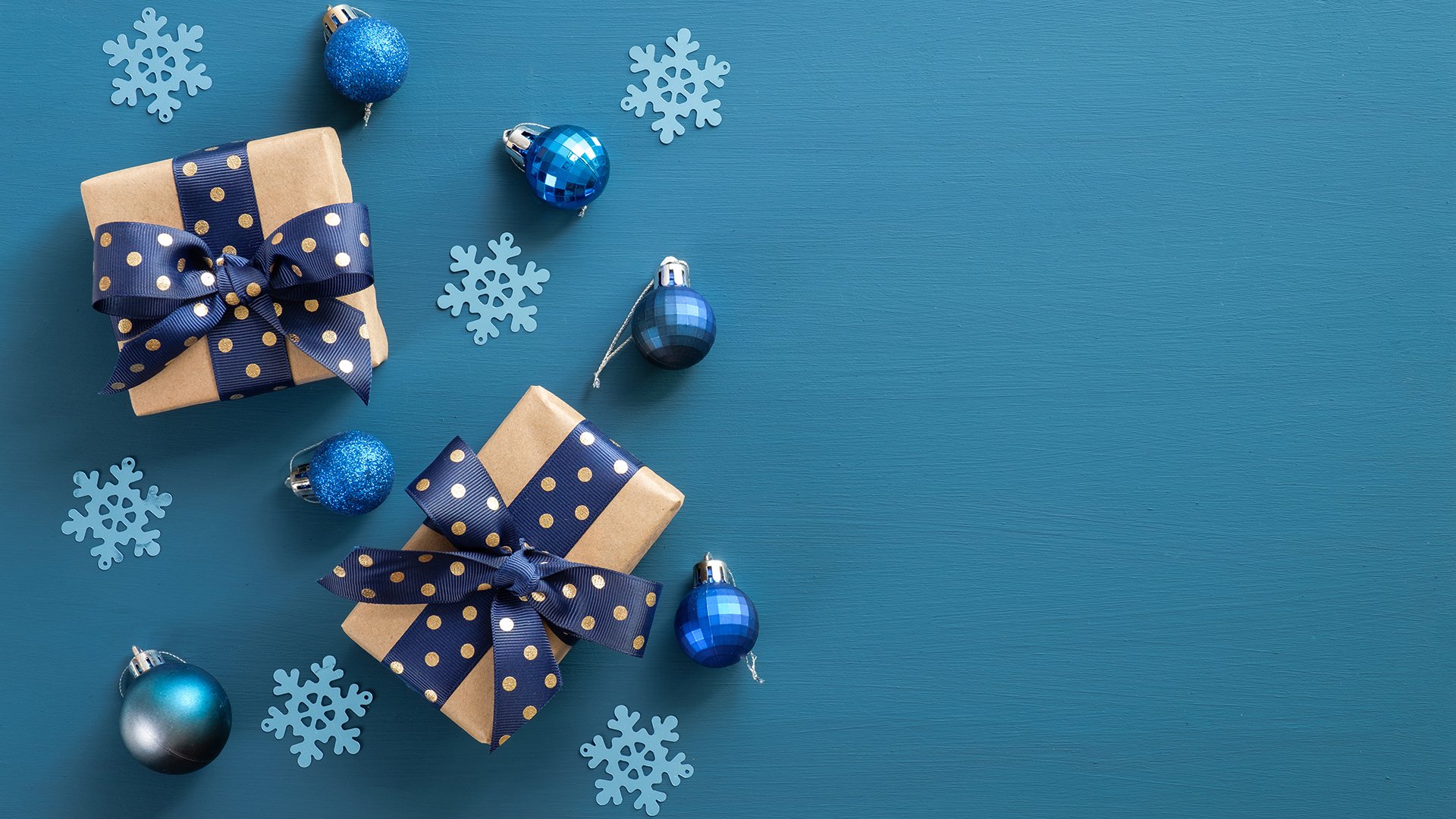 As we head into the holiday season, there are tons of great PlayStation 4 games to choose from that would make excellent gifts for the gamers in your life. While some of the games on our list are more traditional experiences (achieve world domination, eliminate the bad guy using the tools provided), a few emotional, thematically powerful games were also released this year, which will let you discuss important topics, like family and bullying, with your kids and teens.

Here are just a few of our top game picks for PlayStation 4. The price links will take you to Amazon, except for Sea of Solitude, Power Rangers: Battle For The Grid, and Life is Strange 2, which link to the official PlayStation store. Please note that the price links may not reflect current sale prices -- it is the holiday season after all.

Note: If you’re interested in some PlayStation 4 accessories to go along with these games, head over to our console accessories gift guide. Or, if you’re in the market for a new gaming headset, check out our 2019 Gaming Headset Holiday Gift Guide.

Kingdom Hearts 3 is the latest game in the massively popular Kingdom Hearts franchise, which combines classic Disney worlds and characters with role-playing game mechanics. It follows a young boy named Sora, who teams up with Donald Duck and Goofy to defeat enemies known as the Heartless. The game takes place across multiple worlds, many of which are based on Disney and Pixar films, such as Tangled and Big Hero 6. While this isn’t the first game in the Kingdom Hearts franchise (not by a long shot), you don’t have to play any of the previous games to jump right in and have fun with Sora and his friends in this new installment. However, if you want a quick recap of the major events that took place before Kingdom Hearts 3, you can watch a variety of YouTube videos that do a good job of explaining things (admittedly, the story is very complex and may be confusing at times). To learn more about Kingdom Hearts 3, check out our review.

Dragon Quest Builders 2 challenges players to save the world from an evil cult that has “outlawed the building, cooking, and creation of all things.” You’ll become a master builder, and can explore the in-game world, collecting materials that you can use to create new things. (The world is made of blocks, so it feels kind of like Minecraft.) Dragon Quest Builders 2 features a single-player story mode, as well as a sandbox mode that lets you play with up to four others online to create anything your imagination can dream up. Even though this is the second Dragon Quest Builders game, you don’t need to play the first one to enjoy this experience.

Sea of Solitude is a deeply personal experience that has a much broader resonance than one woman's story, as this is the experience of Cornelia Geppert, Sea of Solitude's creative director and co-founder of Jo-Mei Games. It's everyone's story. And as we meet Kay, a small, black-feathered, fearful, red-eyed monster, we can see narrative touchpoints that have roots in childhood, adolescence, and even for those of us who have struggled in marriage and parenthood.

Thematically, Sea of Solitude hits hard and refuses to back down. It's a heavy game. At one point early on, I had to step back and take a break. Geppert's story -- Kay's story -- hit harder than anticipated.

In terms of its technical execution, however, the game falls a bit short. There are far too many moments in the relatively short game -- we wrapped the game in about four hours -- that felt like busy work or failed to deliver on a narrative promise. And the further we got into the game, the more uncooperative the cameras became. There were places where the camera outright fought for control and it became incredibly difficult to make our way through a particular section of the game.

But it's an experience worth having, regardless of the technical issues. It's heartfelt and beautiful and stunning to look at.

The Trine Ultimate Collection is a bundle of every Trine game, including the latest release, Trine 4: The Nightmare Prince. Trine has been around for a decade, originally released for PC in 2009, and although each game has followed a similar formula (with the same characters), they've evolved quite a bit over the years.

The Trine games are cooperative puzzle-platformers that require the use of multiple characters in many instances in order to progress. For instance, there are puzzles that need the might of the Knight (his name is Pontius), the agility of the Thief (her name is Zoya), or the magical prowess of the Wizard (his name is Amadeus). And more often than not, you'll need to use more than one character's abilities to keep going in the level.

The narrative changes from game to game, so even though there is a lot of technical overlap in each game, the story is always different. The incremental (or in the case of Trine 4, incredible) evolution between games makes it well-worth replaying each one. (Although there's some disagreement about Trine 3.)

Slay the Spire is a strange deck-building, dungeon-crawler roguelike game. That's a lot of gaming buzzwords, so let's break it down. Deck-building games are focused on just that: building decks of cards with abilities that work together so that the player progresses through the game. Dungeon-crawlers give players the opportunity to explore dungeons, find loot, build abilities, and ultimately crush the big bad boss at the end. But it's the roguelike element that makes Slay the Spire the game that it is. Roguelikes change from session to session, which means that no two playthroughs are the same.

The biggest appeals of a game like Slay the Spire are the fact that you can play it almost infinitely, and that is has a relatively light monetary investment. The purpose of Slay the Spire is to, well, slay the spire. Okay, okay -- you play as one of three (soon to be four) characters who specialize in different kinds of abilities. The trick to progression in Slay the Spire, because it's a roguelike, is to create a deck with cards that work together in harmony with the character's specialization to defeat enemies and ultimately slay that darn spire.

This remake of the classic PlayStation kart-racing game Crash Team Racing stars Crash Bandicoot and his friends, who must hit the track to save their world from the evil Nitros Oxide, who plans to turn their planet into a parking lot. The gameplay is similar to the Mario Kart franchise, in that it lets you drive through crates to pick up offensive and defensive items that you can use to help yourself win each race. The game has multiple drivers to choose from, who each handle a bit differently, so everyone can choose the one that best fits their play style. Plus, there are multiple difficulty levels to choose from, so you can customize your experience to match the challenge level you’re looking for. For more information about Crash Team Racing: Nitro-Fueled, head over to our review.

This fighting game brings together Power Rangers characters from throughout the series’ 25+ year history, and lets you compete in team-based battles against the computer or other real players in multiple game modes. You’ll be able to take three characters into each battle, and you can choose from both heroes and villains to create a team that suits your play style and tastes. You can then switch between these three characters during combat. As an overall genre, fighting games tend to be pretty hectic, with fast-paced gameplay and lots of controls to account for. So, while the Power Rangers franchise is kid-friendly, this may not be the best game for younger players (plus, it’s rated T).

This turn-based strategy game allows players to become 24 different global leaders from throughout history, such as Cleopatra of Egypt and Trajan of Rome. In each game, players must work against other world leaders (in a single-player game, these are controlled by the game) to achieve world dominance in one of four areas: military power, scientific advancement, religious domination, or cultural advancement. Users can interact with other civilizations peacefully or otherwise, depending on how they’d like to play in each game. If you’re looking for a game to help your teen practice their critical thinking skills, this is a great option.

Concrete Genie follows a bullied teen named Ash, who lives in a dark and gloomy town called Denska. Ash comes upon a magical paintbrush that he can use to create gorgeous masterpieces on the walls and buildings of Denska, restoring light and life to the world. You’ll need to help Ash on his quest to revive Denska while avoiding bullies and creating friendly Genies who you can interact with as the story unfolds. While the game is fun on the surface, it also presents you with a great opportunity to discuss bullying with your kids.

While we normally stray from covering M-rated games here on SuperParent (unless we’re giving you kid- and teen-friendly alternatives), Life is Strange 2 is a worthy exception. The episodic video game follows two young brothers, Sean and Daniel, who must run away from home after a traumatic incident (we won’t say much more for fear of spoiling the experience). The powerful storyline focuses on important themes, such as how one’s actions and choices can impact the lives of others. We recommend playing this game with your older teens, so you can easily stop and talk about these topics as they arise.