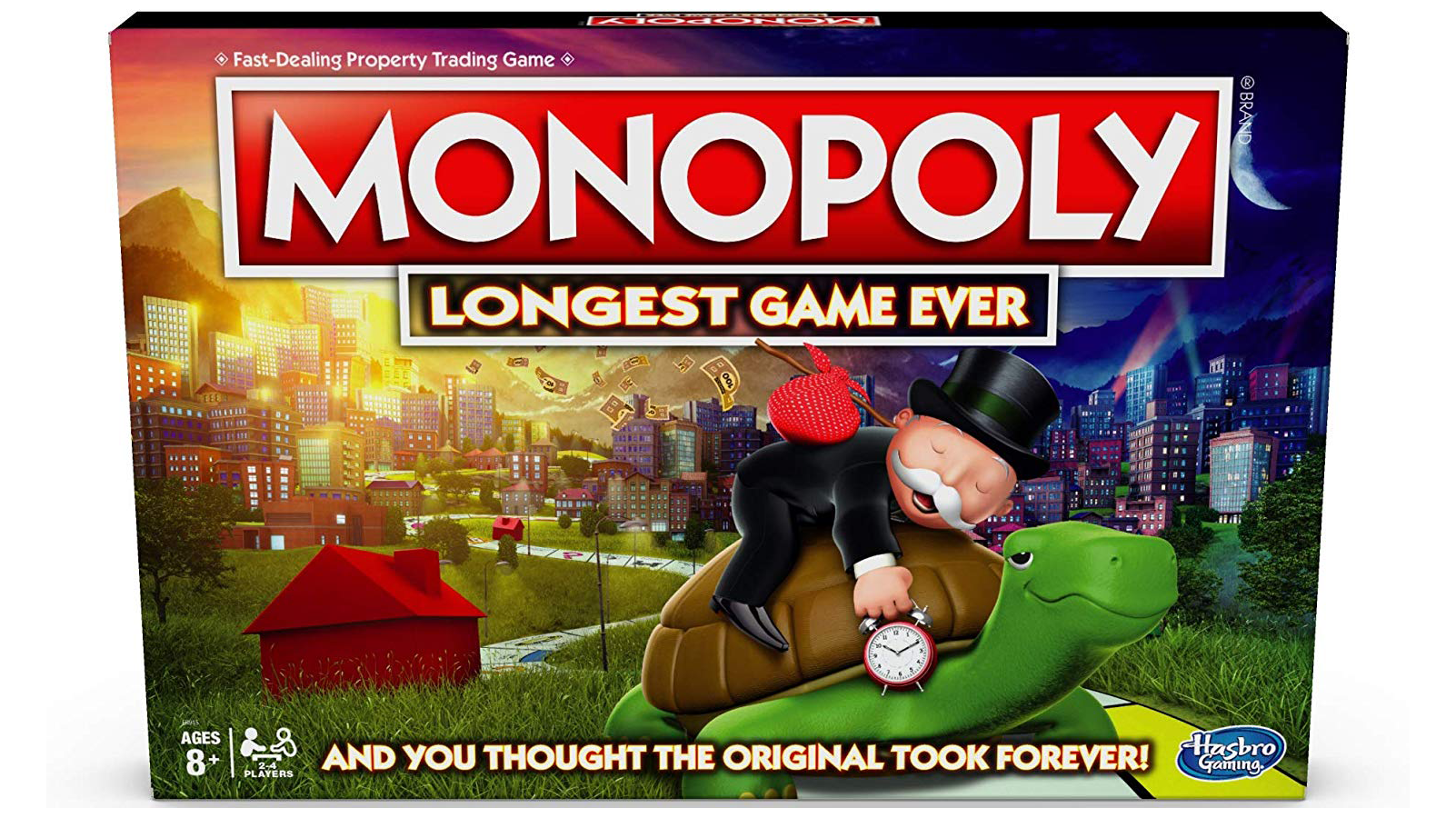 From Monopoly: Fortnite Edition to Monopoly Game of Thrones, there’s a version of the classic property-buying game for almost everyone. Depending on the version you choose (and whether or not you implement house rules), a single game of Monopoly can last quite a while, as everyone works to buy properties and earn money without going bankrupt.

But what if a regular game of Monopoly isn’t long enough for you? Enter Monopoly Longest Game Ever, a new version of the board game for 2-4 players that’s specifically designed to last a really… really long time.

In Monopoly Longest Game Ever, the board has 66 properties, and each game will only end when a single player owns every single one of them (that’s 16 streets, four railroads, two utilities, and everything else).

Finally, in Monopoly Longest Game Ever, auctions aren’t allowed, and if you do happen to run out of money, you’re encouraged to rip the game’s bills in half along the dotted line so you have more.

Monopoly Longest Game Ever is available exclusively on Amazon for $19.99. The game has an age rating of 8+.