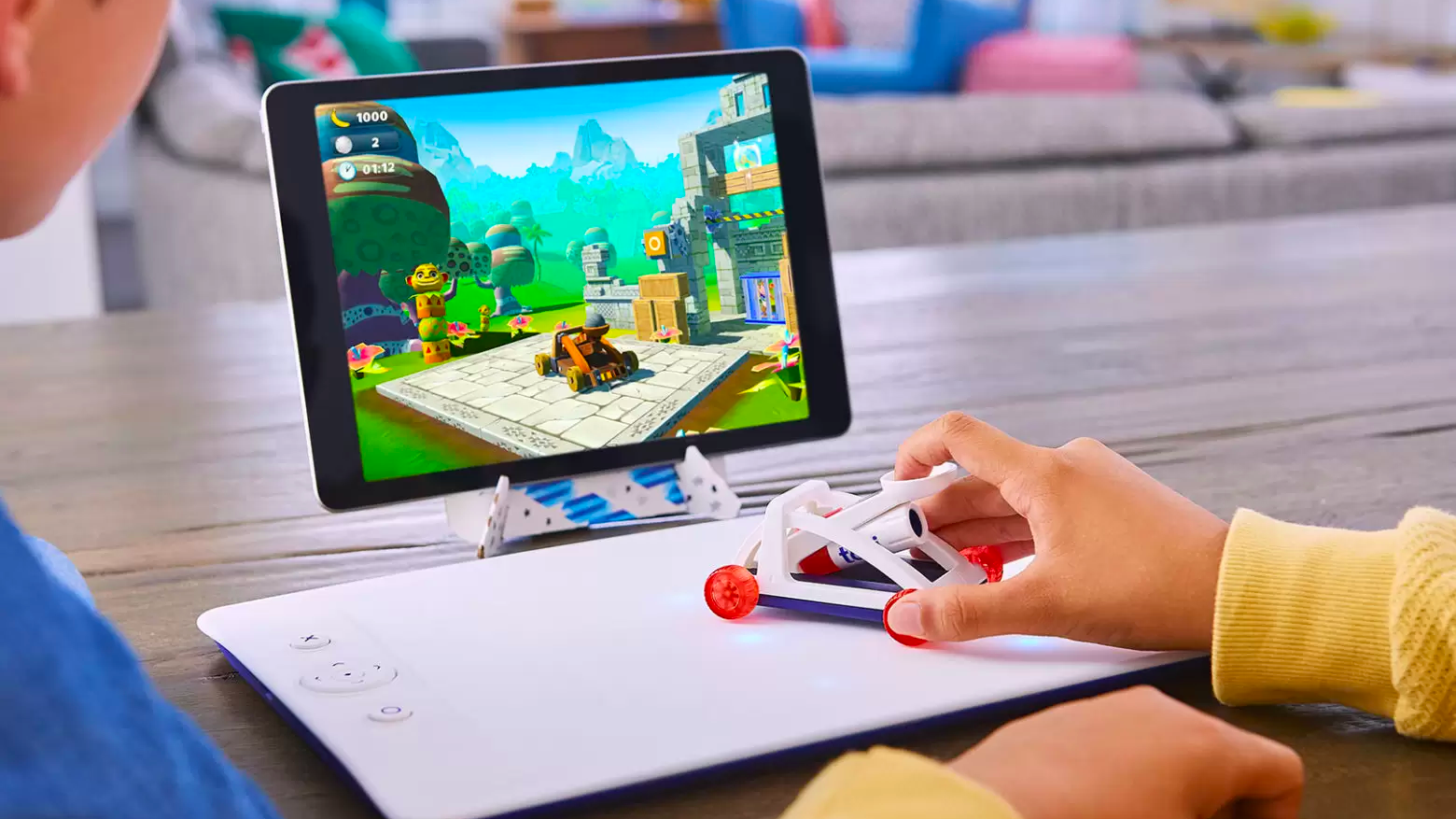 Video game company Bandai Namco released the tori Explorer Pack, which lets kids use real-world toys to control the action on a smartphone or tablet.

The tori Explorer Pack comes with a special board containing magnetic sensors that can track the location of each tori Toy as it’s held above the board or placed on top of it (depending on the toy). Kids can use three different toys -- a catapult, wand, and spacecraft -- to play games in four separate mobile applications that are all free to download.

For instance, the Crystal Chase game challenges kids to use the spacecraft toy to retrieve crystals that were stolen by space pirates. They’ll do this by holding the spacecraft toy above the board and moving it around to steer and avoid obstacles in the path. The Jungle Rescue game, meanwhile, asks kids to use the catapult toy to rescue “Jungle Keepers” across 30 different locations. The apps are available on both iOS and Android.

In addition to these three toys, the Explorer Kit comes with four “DIY spacecrafts” that kids can customize and then use to play games, as well as a creative book and a DIY stand. The creative book encourages kids to create art using a variety of tools (pencils, stickers, markers, etc.) and then lets them scan the page with their smartphone or tablet to bring their art to life in the tori mobile games.

Tori was designed to help kids grow and learn a variety of important skills, from critical thinking to spatial reasoning and beyond.

Parents can download the tori Dashboard application to keep track of their child’s progress in each of the games and overall skill areas that tori focuses on (like executive functions and motor coordination). They can also use the app to send challenges to the games themselves, which kids can attempt the next time they play.

The tori Explorer Kit is available for $169 on tori’s website and at select major retailers.