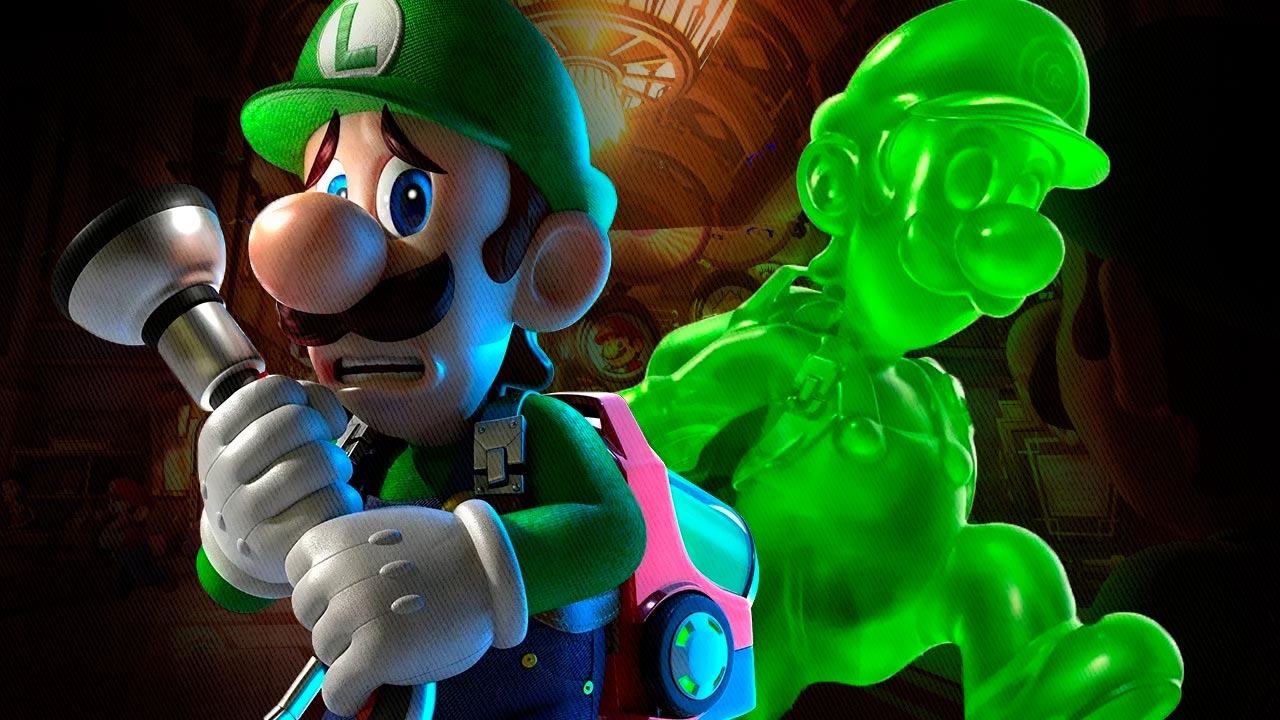 Luigi's Mansion 3 may be my family-friendly "game of the year" because it is that good. I've always liked the Luigi's Mansion series, especially Luigi's Mansion: Dark Moon for Nintendo 3DS, which came out in 2013. The variety of enemies, strategies, levels, and even gameplay modes (because yes, you can play Luigi's Mansion multiplayer, even going back to Dark Moon) keep the game fresh even after the credits roll.

What's Luigi's Mansion 3 all about?

Luigi's Mansion 3 takes a different approach to the "haunted mansion" theme. Luigi (and his pet, PolterPup), Mario, Princess Peach, and the Toads are invited to a hotel as VIP guests. Who would turn that kind of luxe opportunity down? Holidays are expensive, especially if you have to bring a bus full of people and luggage with you. (As a mom of four, I feel this deep in my bones.) But it turns out that Luigi, his family, and friends were lured there on false pretenses and the hotel's proprietor, Hellen Graveley, unleashes her ghastly ghouls and Luigi's spooky nemesis, King Boo.

What do you have to do in Luigi's Mansion 3 to beat the game?

King Boo traps each of Luigi's loved ones in portraits, and it's only through quick thinking (and running away) that Luigi escapes and begins the work of freeing folks from their well-framed prisons. Along the way, Luigi will free his partner in spookums, Professor E. Gadd, who upgrades Luigi's ghost-capturing gadget, the Poltergust 3000, and helps Luigi to find the game's missing elevator keys. The elevator keys are important because Luigi won't be able to reach all of the hotel's floors until he's found all of the keys.

Early in the game, you'll unlock Gooigi. Gooigi is exactly as he sounds: he's Luigi, but goo. He has his own gooey Poltergust 3000. He can use the flashlight to stun ghosts and find hidden treasures. Gooigi can also melt through grates in the floor and fit into tiny little pipes, but is dissolved in water. This is the cooperative element of Luigi's Mansion 3 -- you'll be able to hand over one of the Joy-Con to your little one and delight when they figure out that Gooigi is the best thing in the game.

(No, seriously, Gooigi is the best.)

Is there multiplayer available in Luigi's Mansion 3?

For multiplayer modes, in addition to playing cooperatively with Gooigi in the main campaign, you can unlock the ScreamPark and ScareScraper to play with your kids, family, and friends.

The ScareScraper, a returning mode from Dark Moon on the Nintendo 3DS, is a cooperative "waves" game, where you and the folks you're playing with need to clear out 25 "waves" of enemies (they're floors in this game, but they were waves in Dark Moon). It's a punishing game mode, but it forces you to work together and communicate effectively. If you've got any experience playing Overcooked, you'll understand.

The ScreamPark is new to Luigi's Mansion 3, and adds competitive team-play, where you and yours are split into two teams -- Team Luigi and Team Gooigi.

ScreamPark doesn't have a single mode like the ScareScraper does. Instead, there are three modes to play in: Ghost Hunt, Coin Floating, and Cannon Barrage. Ghost Hunt is what it sounds like, where teams will score points by catching ghosts. The big bads are worth more points, of course. Coin Floating is a little more chill, but not by much. Teams will need to use floats in order to collect coins that drop in the pool, but you'll need to avoid any mines that are floating around because you'll lose coins and give the other team the opportunity to snag them. In Cannon Barrage, teams will be able to net points by hunting down cannonballs (some will be defended by ghosts), loading them into a cannon, and then firing them at targets. Some of those targets are very difficult to get, so they're worth way more points.

I haven't spent much time in either mode… because I'm too busy hanging with Gooigi… but they're all interesting if you haven't got anything else to do in the game, especially if you can convince your kiddos to play with you.

It has so much personality and sincerity that I found myself saying "Awww, me too, Luigi," whenever he got freaked out by something that moved on its own or a ghost popped up out of nowhere. And yes, you can pet PolterPup at the beginning of the game if you go into the bathroom in Luigi's room before it's spookified.

I love that there are a multitude of ways to move through levels (there's usually only one way to solve the environment puzzles, though). I also enjoy the fact that there's mischief to be stirred up by bashing the walls in, exploring the hotel's nooks and crannies with Gooigi, and using the Poltergust 3000 on anything that isn't nailed down. (My littlest and I made a lot of money doing that.)

The puzzles are sometimes head-scratching, but they're not ever enough to stop you in your tracks, which I love. There's no reason to stop and leave your adventure because it got too difficult. Puzzles are forgiving enough that you don't feel like you're drowning in difficulty spikes. And there's enough variety in each of the levels that Luigi's spooky adventure never feels stale.

Is there anything you didn't like about Luigi's Mansion 3?

The camera can work against you in Luigi's Mansion 3, but it isn't anything that you can't deal with. I don't like the regular controls, especially when I have to move between using the Poltergust 3000 and my flashlight. But there is an alternative control scheme that you can use so that your hands don't end up aching from being twisted into weird pretzels.

This game is so much fun to play, especially if you have a little one who delights in causing all kinds of chaos with the Poltergust 3000. (My littlest is this agent of chaos, of course.) I have little gripes, but they're extremely small in comparison to all of the things that I absolutely love about Luigi's Mansion 3.

There are very few games that I consider "must play," but Luigi's Mansion 3 is definitely one of them. It delights from the basement to 17 stories up. It takes time and attention to puzzle through, but it's worth it.

You can pick up Luigi's Mansion 3 for $59.99 digitally and physically at all major retailers.