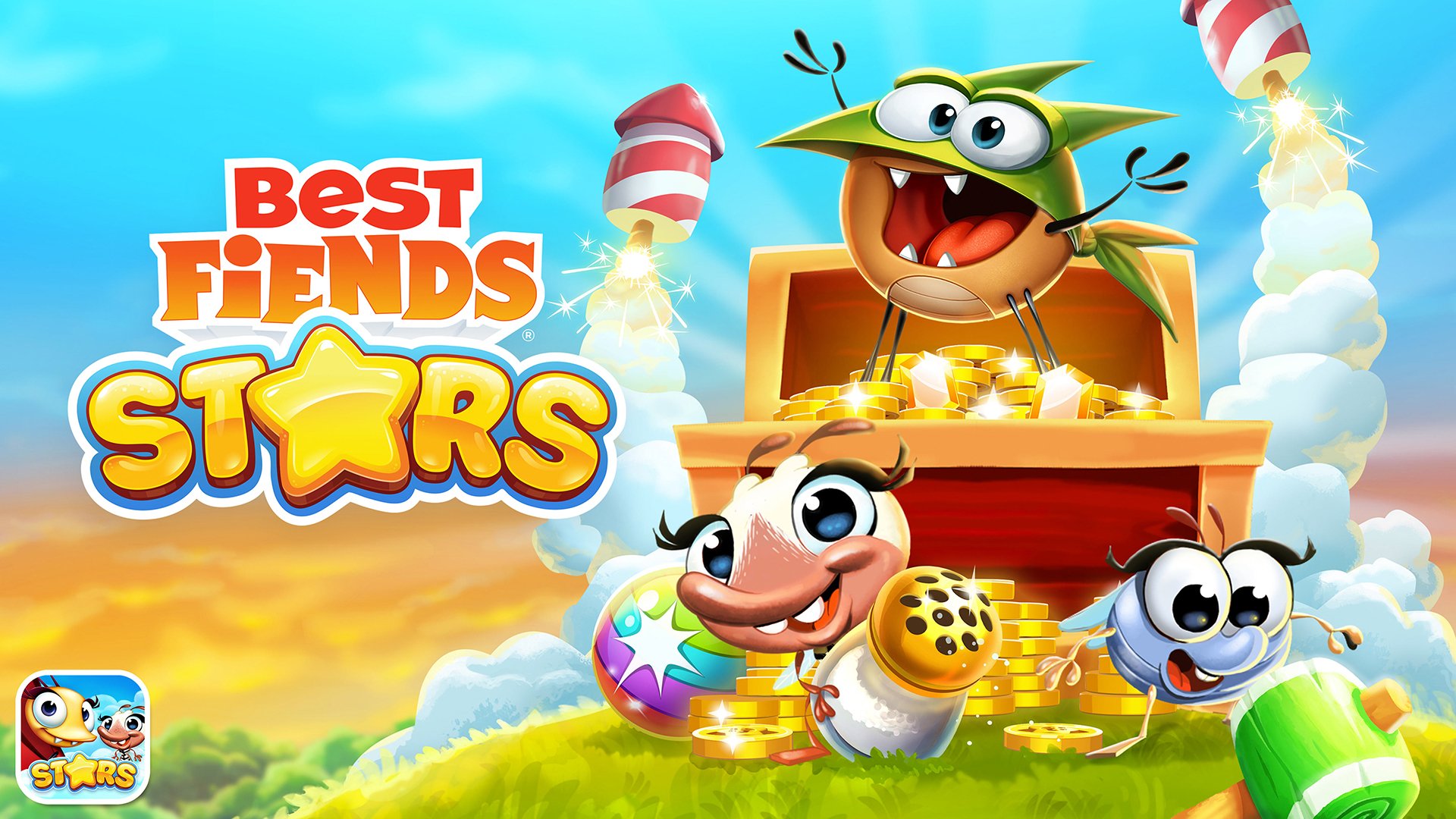 Best Fiends Stars is a free-to-play mobile game on iOS and Android devices, which challenges players to help friendly critters known as the fiends collect treasure chests that were released by a falling star (while also defeating some evil slugs in the process).

Similar to the original Best Fiends, Best Fiends Stars is a line-drawing match-three puzzle game that asks you to “draw a line” over three or more matching symbols that are touching in some way (including diagonally) to remove them from the board. In each level, you’ll have a different goal to complete, such as clearing the required number of a particular symbol or defeating the required number of slugs by making matches to deal damage. You’ll need to finish each stage before running out of moves.

While you start with a single fiend in your collection, you’ll earn more over time. You can take up to five fiends into each level, with each being associated with a different color. As you make matches with a fiend’s associated color, you’ll fill its special meter. When the meter is completely full, a special “booster” or “power-up” will be added to the board, which you can use in a future match to help you complete the stage.

You can also activate premium boosters before a stage begins, and even during a level. For instance, one booster can clear an entire row of symbols when it’s used in a match. You’re given some of these boosters for free, and you can purchase more with coins, the game’s premium currency (that isn’t the only way you can spend real money in the game).

When you finish a level, you’ll receive one, two, or three stars, depending on your performance during the stage. When you collect enough stars in bulk, you’ll be able to open a treasure chest containing prizes like coins and boosters, as well as crystals that allow you to unlock new fiends for your collection. You’ll come across additional treasure chests on the level map as you progress through the game.

Finally, Best Fiends Stars allows you to join a team with other players and participate in multiplayer events for a chance to win in-game prizes. Players can chat with the other members on their team, so check out our guide for some tips on keeping kids safe while playing online games.

Best Fiends Stars is available to download for free on iOS and Android devices. The game is rated 4+ on iOS and E for Everyone on Android.

Check out the first nine minutes of Best Fiends Stars in our SuperParent First Look below to see this puzzle game in action.