Roblox and Disney Launched a Creator Challenge Based on Star Wars: The Rise of Skywalker 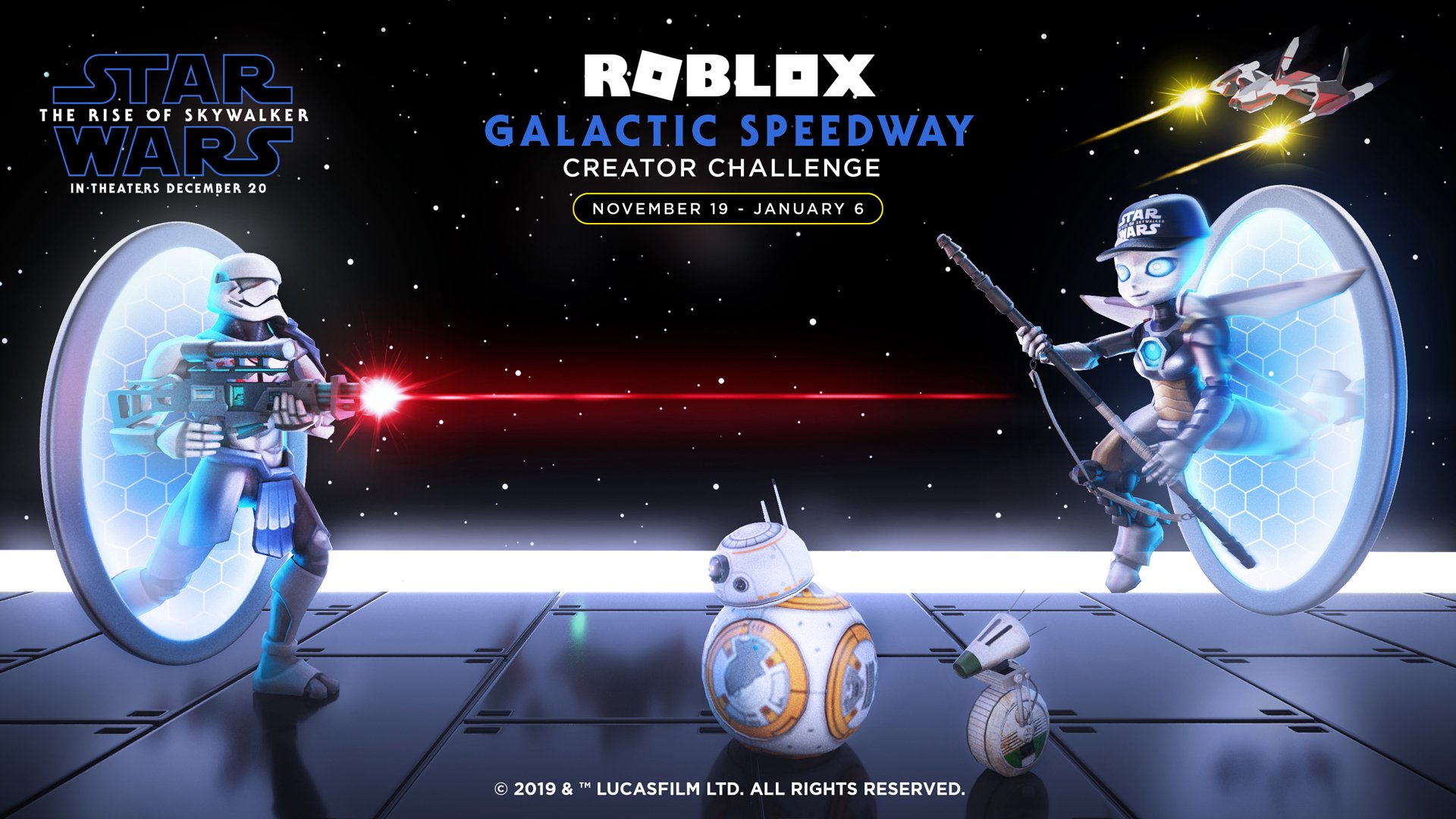 Roblox Education partnered with The Walt Disney Studios to launch the latest Roblox Creator Challenge, which is designed to help kids learn about game development and concepts such as coding, scripting, and 3D modeling. Roblox Education is part of Roblox, the social gaming platform that allows users to create their own games and play with others online.

The Galactic Speedway Creator Challenge includes multiple lessons for kids to complete, which help them learn about building and publishing a game on the Roblox platform. As part of this challenge, kids can design and create their own driftspeeder vehicle that they can use to race against other players.

As players complete these lessons, they’ll receive in-game rewards that are inspired by Star Wars: The Rise of Skywalker, the latest film in the Star Wars franchise.

There are five rewards up for grabs through the Creator Challenge:

In addition, all players on the Roblox platform can receive the “Kylo Ren’s Reforged Helmet” item for free, even if they don’t complete the lessons in the Creator Challenge.

In a press release, Craig Donato, chief business officer at Roblox, commented on this Creator Challenge:

Star Wars has inspired generations of fans of all ages with its compelling narrative, expansive universe, and iconic characters, and we’re proud to bring a piece of that to Roblox’s millions of users. Our collaboration with Disney is all about unlocking your imagination, empowering anyone to create their own immersive worlds, and simply having fun while learning the fundamentals of coding and game design in the process.

The Galactic Speedway Creator Challenge will run from now until January 6, 2020.

This isn’t Roblox’s first Creator Challenge based on a film. Two previous challenges have been based on Godzilla: King of the Monsters and Jurassic World: Fallen Kingdom.