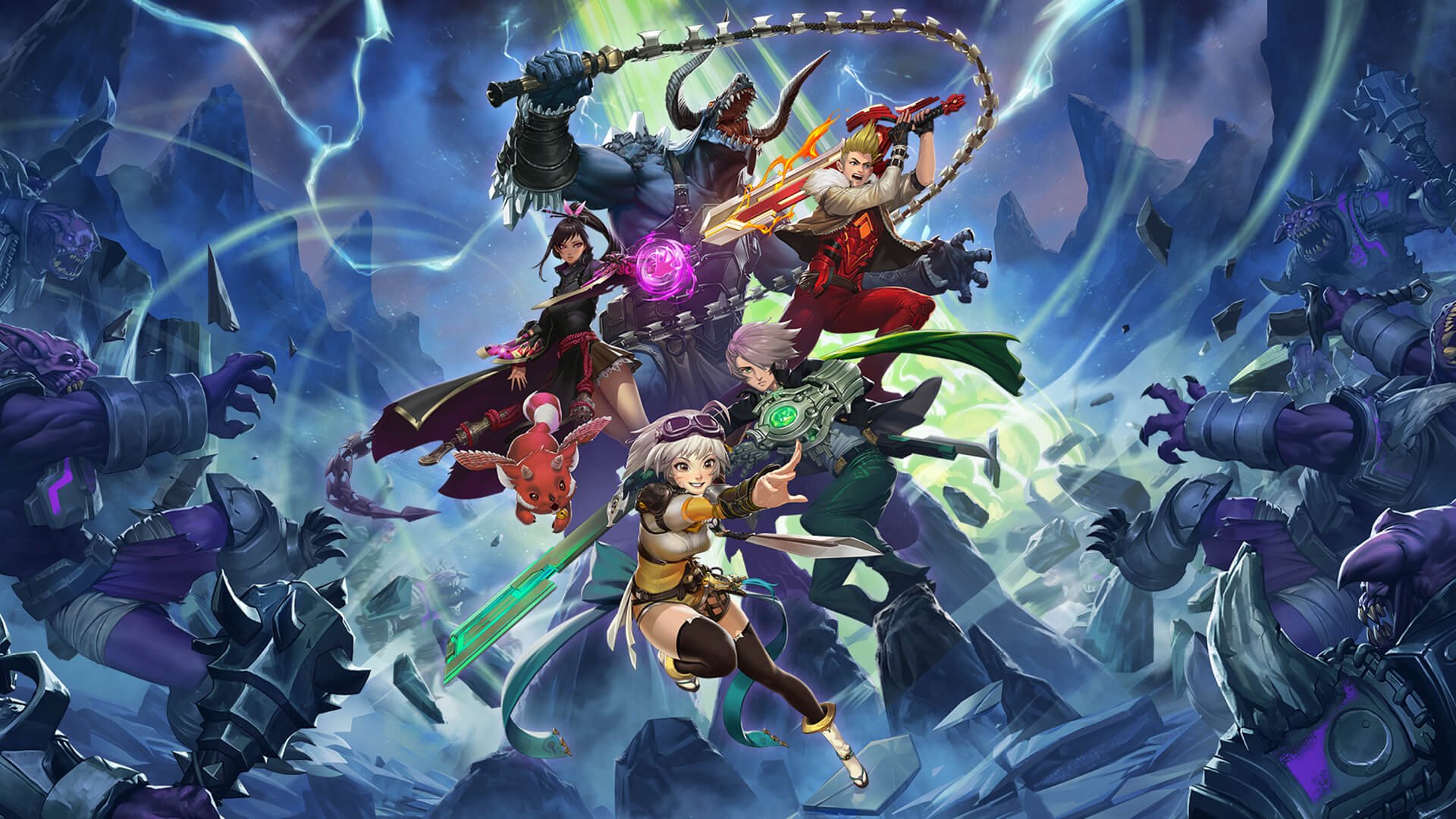 Battle Breakers is the latest title from Epic Games, the company behind Fortnite. The free-to-play role-playing game (RPG) for PC and mobile devices challenges you to create a team of heroes and take them into battle against monsters from space who wish to rule the planet.

Gameplay in Battle Breakers takes place across a series of levels. In each one, you’ll need to tap tiles on the ground to break them and clear the path forward. Some tiles may be “empty,” while others will reveal a prize of some kind, or even one or more enemies to battle.

When you find an enemy, you can tap or swipe on your heroes at the bottom of the screen to trigger their normal attacks and special skills. Heroes and monsters have elemental affinities, with these affinities relating to one another in a way that’s similar to a game of “rock, paper, scissors.” That is, a “fire” type hero can do more damage against a “nature” type enemy, but is weak against a “water” type enemy, and so on.

As you complete battles, you can upgrade your heroes to make them stronger. While you’ll start with only a few heroes on your team, you’ll be able to recruit lots of additional heroes as you progress, and create a team to take into each level that suits your play style.

While Battle Breakers is free-to-play, it does contain ways to spend real money. For one, the game contains a Battle Pass system, which you may be familiar with if you’ve played Fortnite. In Battle Breakers, the Battle Pass costs $4.99, and it gives you access to a variety of in-game items, including heroes, currency, and more. You can also buy additional currency instantly with real money, among other purchase options.

Battle Breakers is available to download for free on iOS, Android, and PC. The game is rated 12+ on iOS and T for Teen on PC.

Check out 15 minutes of Battle Breakers gameplay in our SuperParent First Look below.