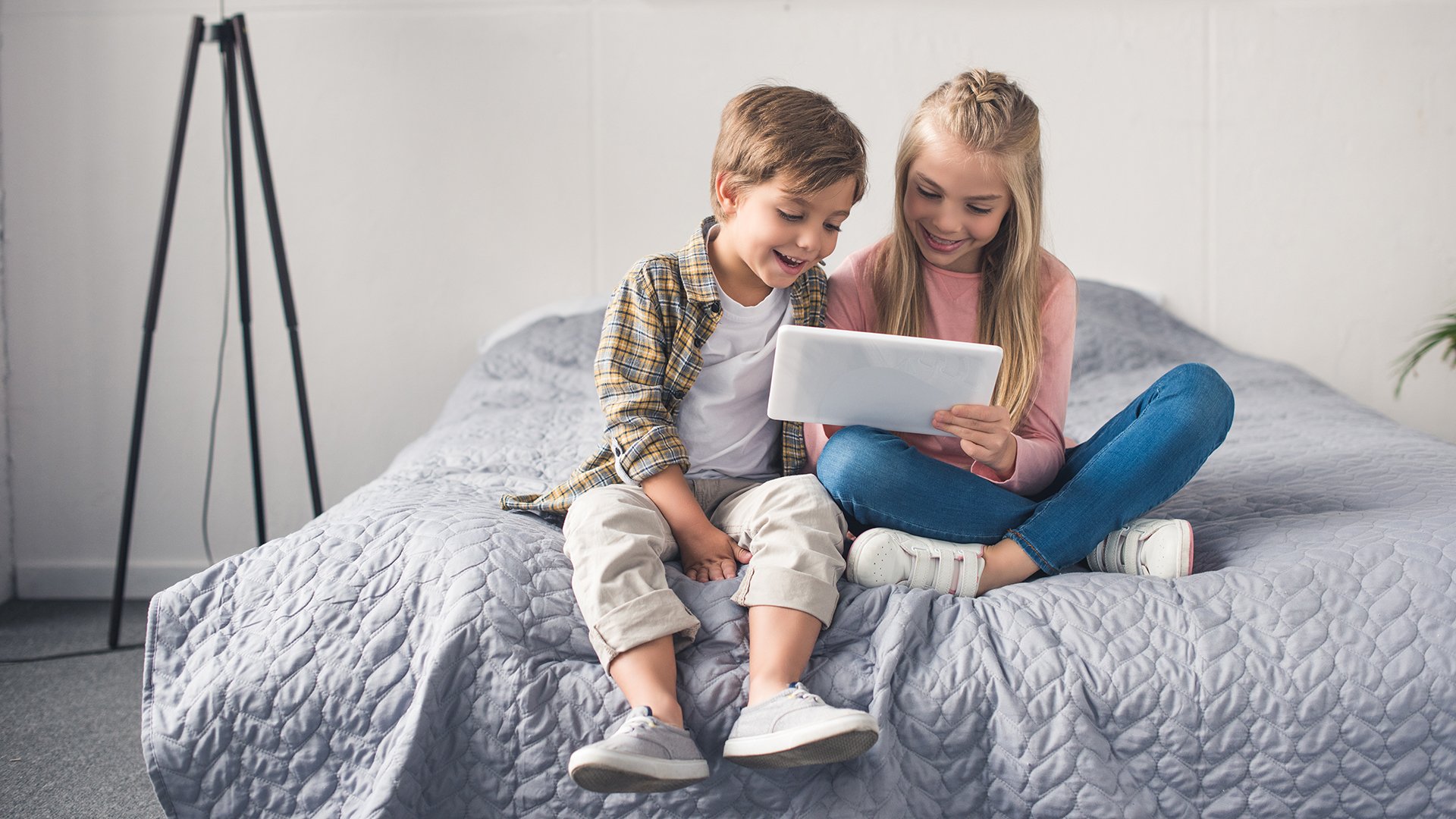 If you're about to hand your kid an Android device and are wondering, “What kind of games should I put on this thing?” -- We’re here to help. Here are some of the best games for kids on Android devices right now.

Keep in mind that these games contain optional in-app purchases. Before handing an Android phone or tablet to your littles, make sure you check out our guide that can help you prevent unauthorized purchases on Android!

The Pokemon Company and Niantic brought Pokemon Go to the world during the summer of 2016. To some of us, it was a blip of a game that got us outside and connecting with other human gamers in real life for a month. For others, Pokemon Go is life. And for kids, Pokemon Go is a fantastic introduction to the world of Pokemon before they dive into more advanced Pokemon role-playing games like Pokemon Sword and Pokemon Shield. The premise of Pokemon Go is to capture these adorable pocket monsters by wandering around your neighborhood and swiping on your device’s screen to throw Poke Balls at them. Players in more rural areas may have some trouble finding a decent variety of Pokemon to catch, as well as PokeStops and Gyms to visit, but with tools like Incense, you can attract Pokemon to your location wherever you are. If you want to sprinkle a little bit more fun into your family walks, bring Pokemon Go with you.

The mobile version of Minecraft is surprisingly robust, giving you all of the features and tools you'd expect from this sandbox building game. The game's Creative mode lets kids use their imaginations to build whatever they can think of with unlimited supplies, while the Survival mode gives them the option to test their skills as they collect resources, craft items (including weapons and armor), and defeat mobs. The game event lets kids play with their friends on different devices.

You’ve been spotted tagging a subway station and now you’re on the run from a tee'd off station agent. The goal of this endless runner is to outrun the train police, while swiping up, down, left, and right to hop from train to train and avoid obstacles while collecting coins and power-ups. If you make a misstep, you gotta start all over again. Subway Surfers is easy to play, difficult to master, and my six-year-old has put many (many) hours into this game unlocking characters, new boards and checking out the regularly updated themes. Despite the occasional request to buy a character with limited availability in the game, this game offers hours of free fun for all ages. - LA

This mobile game from Nintendo lets you decorate a campsite (and more), craft custom decor, collect resources, and - most importantly -- make friends with dozens of adorable talking animals. There’s some waiting around for projects to be completed, with the option to spend money to hurry up the process, but that’s the price you pay for this otherwise charming freemium game. Download Pocket Camp for your kids and watch them turn into happy little campers. (As an added bonus, Pocket Camp players can unlock free goodies in Animal Crossing: New Horizons on Switch.

If your littles love games like Toca Hair Salon and Toca Kitchen Sushi, Toca Life World may be the last mobile game you ever need to download. Toca Life World is more of a limitless sandbox than a traditional game. Kids can explore different areas around a virtual town and use their imaginations to play with customizable characters at locations like a hair salon and a shopping mall. While the game includes a few locations that kids can explore for free, you can purchase many others with premium currency. Once you purchase a location, it’s yours forever, so you can let kids pick and choose their favorites when you want to buy them an expansion. Learn more about Toca Life World here.

Roblox is the massively popular social gaming platform that allows both professional and amatuer developers to create games and share them with the world. With new experiences being introduced all of the time, there’s always something new to play. Just keep in mind that Roblox is an online game that allows players to interact with one another, so there’s the potential for kids to run into inappropriate content. Check out our tips for keeping your kids safe in online games.

This surrealist puzzle game (and its sequel, Monument Valley 2) is easily one of the most beautiful experiences on Android. Nevermind that it’s won a number of awards, Monument Valley forces players to look at their digital worlds from a variety of angles. Completing each level and its environment puzzles teaches kids better spatial problem solving. The story is far more symbolic than narrative, but you can’t help but feel a sense of kinship for the little girl on her journey through Monument Valley. - AF

Editor’s Note: The original version of this article was written by Libe Ackerman and Amanda Farough.