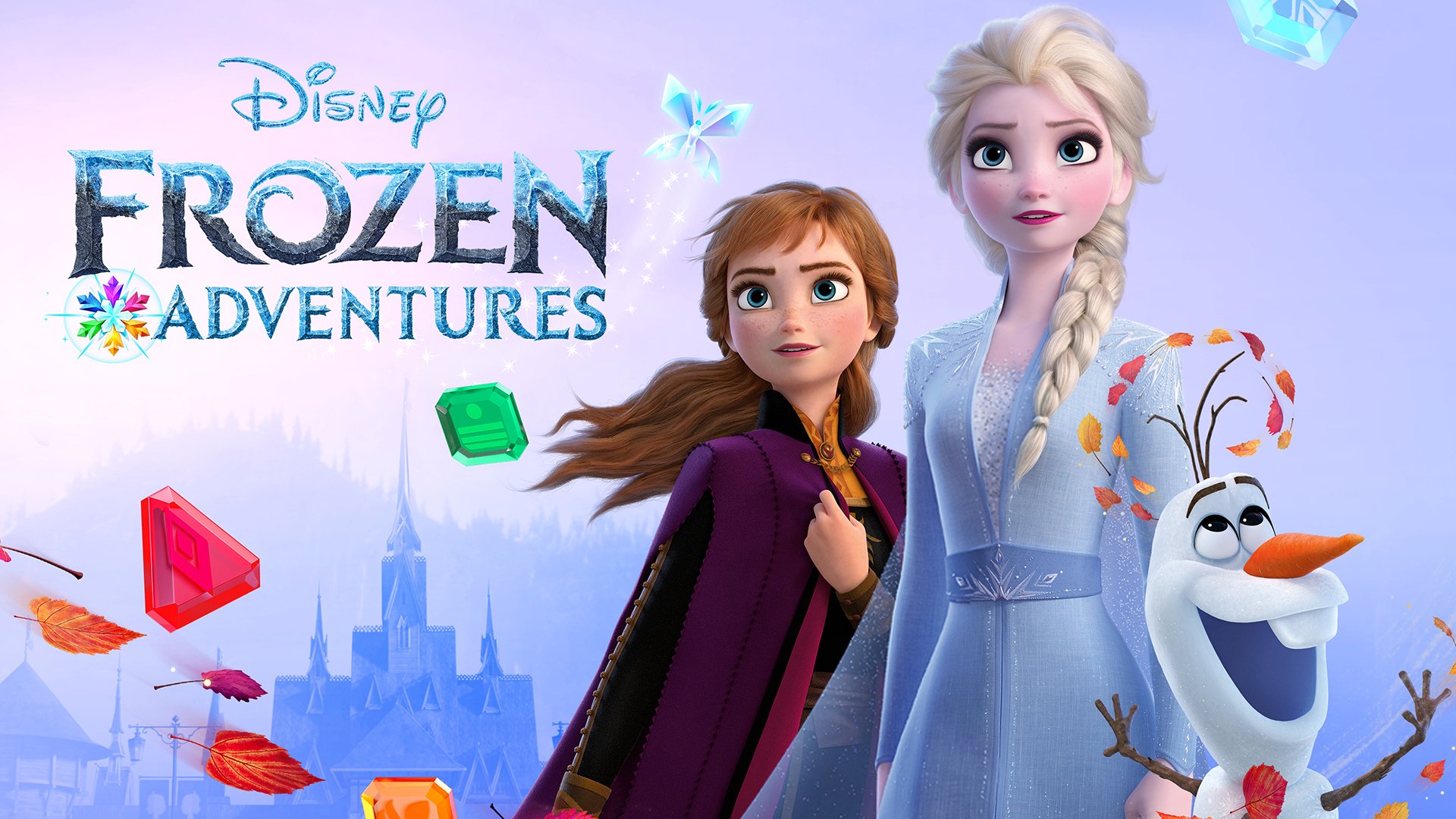 The game is called Disney Frozen Adventures, and it takes players to the world of Arendelle, where they’ll become the kingdom’s Royal Event Planner, and help Elsa, Anna, Olaf, and more complete quests and customize Arendelle by completing match-three puzzle levels.

Disney Frozen Adventures is very similar to games like Gardenscapes, Homescapes, Matchington Mansion, and others, so if you’re familiar with any of those games, you’ll know what to expect here.

As you make matches with four-or-more symbols, or those in T, L, or square shapes, you’ll create power-ups that you can use to help you finish a level. In addition, in each stage, you’ll be accompanied by one of Frozen’s characters, who each have a different special power. You can charge this power by making matches with light blue symbols on the board. Finally, you can activate additional, premium power-ups both before and during a stage, if you need help completing it.

When you complete a level, you’ll earn a snowflake that can be used to complete tasks. To start, you’re asked to help decorate the castle’s entrance, but you’ll eventually move into different areas, like the Great Hall, Advisor’s Chambers, and more.

While Disney Frozen Adventures is free-to-play, it does support optional in-app purchases. Specifically, you can purchase coins that can be spent on extra moves if you’re about to lose a level, boosts, and more. You’ll also earn free coins over time as you play.

Disney Frozen Adventures is available to download for free on iOS and Android devices. The game is rated 4+ on iOS and E for Everyone on Android. The game’s storyline is presented through text windows, rather than voice acting, so players will need to know how to read to understand what’s going on.

Check out 13 minutes of Disney Frozen Adventures gameplay in our SuperParent First Look below to see this game in action.