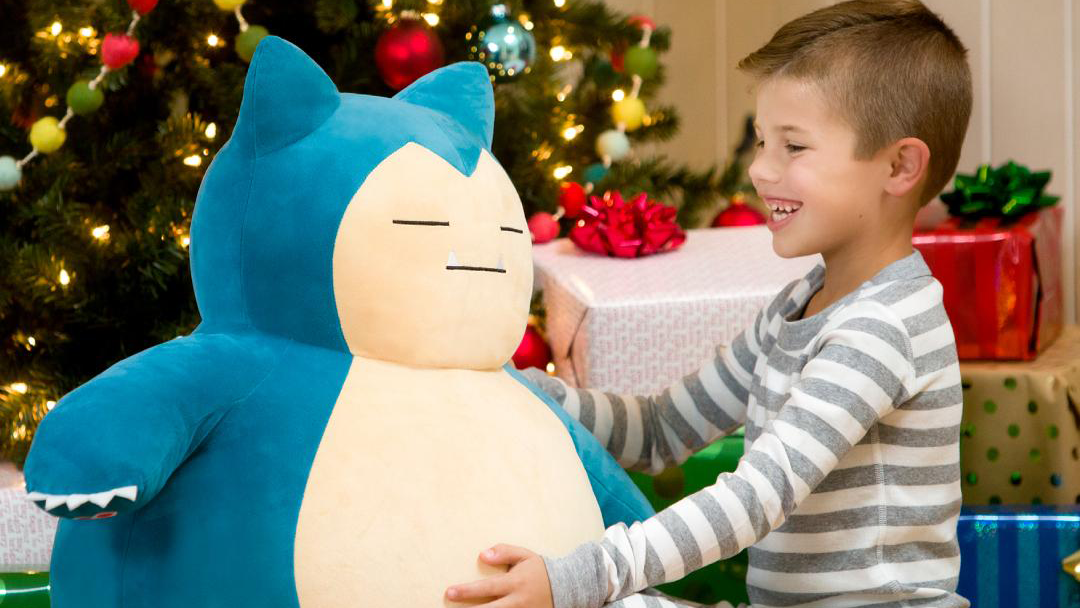 Back in August 2019, Build-A-Bear Workshop added a large, 16-inch tall Snorlax plush to its line of Pokemon stuffed animals. This was already one of the biggest Pokemon plushies that the company offered, but now, the toy maker is outdoing itself.

You can now buy a giant Snorlax plushie that’s a whopping two feet (24 inches) tall, and super plump as well!

The “Jumbo-Sized Snorlax” is now available in an online exclusive bundle on Build-A-Bear’s website, which includes the 24-inch Snorlax, a “Jumbo Sleeping Robe and Sleeping Cap,” and a Build-A-Bear exclusive Snorlax card for the Pokemon Trading Card Game. The bundle costs $99.50, with the plush itself accounting for $70 of that price. (You’ll also need to pay $5 in extra shipping charges due to its large size.)

This Jumbo-Sized Snolax bundle is very similar to the regular Snorlax bundle, which costs $57. However, the smaller bundle also includes a 5-in-1 Snorlax Sound module that’s placed inside the stuffed animal, which isn’t available in the larger option.

Considering Snorlax’s large size in the Pokemon universe (a sleeping Snorlax has been found blocking pathways in the Pokemon video games on multiple occasions), it makes perfect sense for Build-A-Bear to release a super large Snorlax plush as well.

We’re looking forward to seeing whether or not Build-A-Bear follows this up with some additional jumbo Pokemon plushies in the future, and we’ll be sure to let you know if it does.