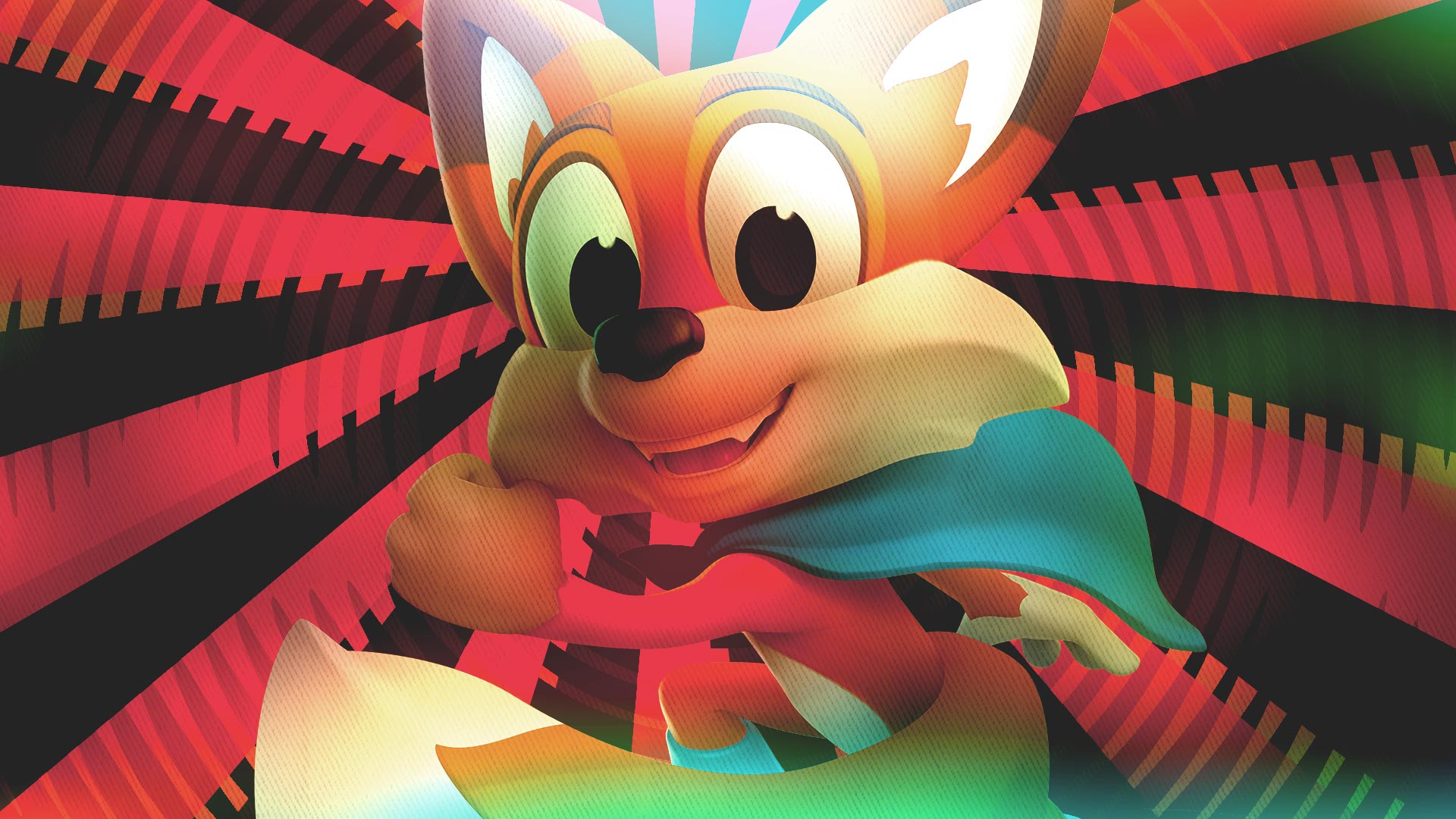 I’ll admit straight out of the gate that I’d never played a Lucky’s Tale game until Lucky's debut on the Nintendo Switch with New Super Lucky’s Tale (NSLT). There’s a lot to love in this colorful homage to the animal platformers of my childhood. Each level, whether it’s in 2D or 3D, has elements that I’ve seen before in games like Banjo Kazooie (Nintendo 64), Rachet & Clank (PlayStation 2), and Donkey Kong Country (Super Nintendo). And that’s not a bad thing.

While there are some pieces of New Super Lucky’s Tale that border on obtuse or frustrating, the vast majority of the game is full to bursting with personality and approachability. NSLT isn’t a perfect experience, not by a long shot, but it succeeds where a number of other modern animal platformers couldn’t manage to.

Lucky’s family, the Swifttails, belong to the Guardians, which is a society that was formed to protect the Book of Ages. The Book of Ages contains access to a number of different worlds through the Sky Castle, which unlocks after Lucky meets Greg the Mailgolem. Lucky has been separated from his family, including his older sister, Lyra, because he got lost in the Book of Ages. The only way to get back to his family is to collect Clover pages and unlock access to each of the game's other worlds. Once he regains that access, he'll be able to face off with a member of the Kitty Litter (one of Jinx - the big bad's - kids), in each of the worlds.

And, at the end of the final world, Lucky will have to face off with Jinx.

What kind of game is New Super Lucky's Tale? How do you play it?

NSLT is a "playground platformer" that tasks Lucky to collect Clover pages in order to find his family. There's a combination of 2D and 3D worlds for Lucky to explore. Each of these levels has a fairly responsive camera built in, which means that outside of the big boss fight at the end, the camera is unintrusive and lets the player meander and explore without getting in the way (as it did in past games, apparently).

There are several ways that Lucky can earn those Clover pages. They're earned by completing secret puzzle levels (most of which are a lot of fun to solve, especially the later ones), collecting L-U-C-K-Y letters in each of the levels, collecting 300 coins throughout each level, finding each level's hidden page, and finishing the levels themselves. Additionally, if you want to mess around with the puzzles in each of the world's hubs, you can dive into what look like manholes and whack statues into their respective slots. (No, really.) There are six hubs in total, including Sky Castle, Veggie Village, Wrestful Retreat, Gilly Island, Hauntingham, and Foxington.

It's not that difficult to "100%" each of the levels, but it does take time, especially on some of the 2D "dungeon crawl" levels, where the game plays a lot like an "endless runner." There isn't much room for error in the "dungeon crawl" levels, so if you mess up, you either need to play to the very end of the level or exit the level and reload it. Either way, you're waiting for a load screen to finish.

What do you like about New Super Lucky's Tale?

NSLT is absolutely charming, from the graphics to the music to the gameplay and animations. From the moment you turn on the game and watch the opening cutscene until you hit the final boss battle with Jinx, New Super Lucky's Tale is an adorable romp all the way around.

It's engaging, even for adults. It's approachable for kids, but only if they're strong readers. The content is appropriate (and totally "dad joke" territory with all of the puns) and relatable for adults and kids. But best of all? The vast majority of the game is really fun.

The gameplay is not addictive, but it's sticky -- it sticks with you after you put it down and you're eager to get back to it. Lucky's traversal, including digging through the dirt, is so much fun to string together and come up with weird combos to get Lucky into secret areas in challenging levels (including a beach maze on Gilly Island that tried its best to break my brain).

What isn't so great about the game?

The loading times can feel brutally long, especially if you're in Hauntingham hunting down tickets at the carnival. And, as a related problem, if you're stuck in one of the game's few "difficulty spikes," you'll be greeted by lost lives and a loading screen far more often than is necessary.

And, yes, those difficulty spikes are problematic. Most of the fights with the Kitty Litter are fairly straightforward -- hit the bad guys three times and they're toast, but you have to survive long enough to get those three hits in -- but the battles with both Lady M and Jinx are unbelievably difficult. The worst part is that if the whole game had been challenging like that, I'd have been able to ease in and get used to the difficulty scale.

But spikes like that make it almost impossible to enjoy yourself when you're stuck in the same boss fight over and over again, with the same infuriating patterns, unable to progress to the next world. I spent too many lives on both of those fights and it isn't because I'm a lousy gamer, either.

In addition to the load time issues, there are some instances of "chugging" in the game, where the game gets bogged down in itself and has trouble keeping up with the player. I had that happen a few times during the Lady M boss fight, and it ended up preventing me from completing the battle more than once.

Would you recommend this game?

Yes! I would recommend this game to older children, teens, and fellow whimsical adults in a heartbeat. Despite its glaring difficulty spikes and performance issues on the Switch (docked or undocked), New Super Lucky's Tale is a delight to play and experience. It's full of heart and personality.

And, finally, the best part of NSLT is Greg. Greg looks like G.I.R. from Nickelodeon's Invader Zim, is consistently funny, supportive, kind, and a very good friend to Lucky. I couldn't ask for much more from in-game companion, to be honest.

All in all, New Super Lucky's Tale may not be a must-buy or a must-play, but if you have some time this holiday and are itching for a great platformer to play, definitely check this out.

New Super Lucky's Tale is available exclusively on the Nintendo Switch for $39.99.