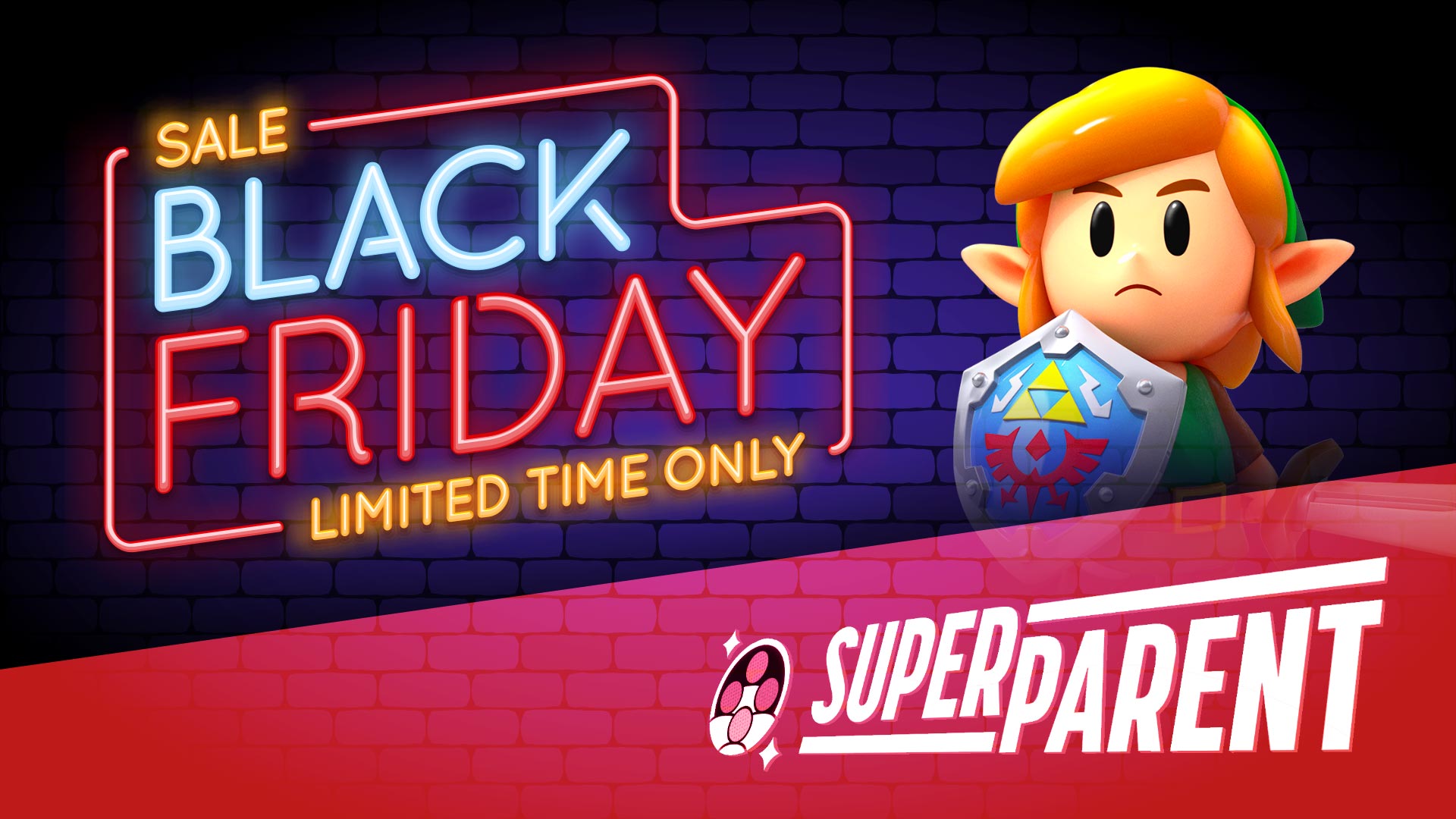 We don't need to tell you that Black Friday is kind of a big deal in the U.S. And if you need a good way to save some money before the holiday shopping gets real, we've rounded up the best deals at the usual retail suspects, including Target, GameStop, Best Buy, Walmart, and Kohl's.

Note: We're only covering video gaming for Black Friday. While we here at SuperParent adore tabletop gaming, there aren't many deals for tabletop on Black Friday at the big box stores. You can find exclusives at Walmart and Target, but you're almost always better off supporting your Friendly Local Game Store (FLGS), wherever that may be.

There are a number of great deals and bundles for the PlayStation 4, especially as we creep towards the new PlayStation 5, coming holiday 2020. If you've been holding out to get a PlayStation 4, Black Friday's a great time to pick up a 1TB (translation: lots of storage room) PS4 bundled with a game that your kiddo might've had their eye on.

Target and Walmart are basically tied for the best PlayStation 4 deal, although neither is offering the Slim or Pro model on sale. You can pick up a 1TB PS4 with three games included (The Last Of Us Remastered, God Of War, and Horizon Zero Dawn: Complete Edition) for $199.99 at Target, and one dollar less ($199) at Walmart.

Kohl's has a 1TB PS4 Slim Fortnite Neo Versa Bundle on sale for $199, plus $60 in Kohl's Cash. If your family loves Fortnite, this bundle comes with: Epic Neo Versa Outfit, Epic Neo Phrenzy Back Bling, and 2,000 V-Bucks.

Best Buy is selling a PS4 Pro that comes bundled with Death Stranding for $399.99. The PS4 Pro is a more powerful version of the PS4 and the PS4 Slim, but if yours is a more "casual" gaming household, it's a bit overkill to opt for the Pro.

Note: Horizon Zero Dawn and Fortnite are rated T by the ESRB. Everything else, including Sony's latest, Death Stranding, is rated M.

Target and Kohl's are both selling PlayStation VR bundles with a selection of games (it's different for each store) for $199.99. Neither bundle has PlayStation Move controllers included, which are required for some games. Note: The PlayStation VR has an age rating of 12+.

Finally, if you've been holding out on buying some PlayStation 4 games, there will be a selection of titles on sale at Best Buy (at various price points, starting at $9.99) on Black Friday. Other stores will also have PlayStation 4 games on sale, so it's best to check every ad to make sure you're getting the best price.

There aren't as many Xbox One bundles to choose from when compared to the PlayStation 4 selection, but the bundles Xbox is offering are a little more up-to-date than the PlayStation bundles.

Target and Walmart have an Xbox One X (which is akin to the PlayStation 4 Pro in its "overkill for casual gaming households") 1TB bundle with Gears 5 available for $349.99 and $349, respectively.

Best Buy is also selling a Jedi Fallen Order bundle, but with an Xbox One X for $349.99.

Finally, Walmart will have the Xbox One S 1TB All-Digital Edition Console, which includes digital copies of Minecraft, Sea of Thieves, and Fortnite, for $149. This console does not support disc-based games, so if you already have a collection of physical discs at home, please keep that in mind.

Note: NBA 2K20, Star Wars: Jedi Fallen Order, Sea of Thieves, and Fortnite are rated T for Teen and Minecraft is rated E10+. Gears 5, on the other hand, is rated M (check out our Play This, Not That for Gears 5 if you're looking for teen-friendly alternatives).

Best Buy is selling select Xbox One games for $19.99 and up, as well. As with PlayStation 4 games, multiple stores will have Xbox One games on sale, so be sure to shop around for the best price.

If you've somehow managed to hold off from buying a Nintendo Switch (power to you for your willpower), there are a few different deals to watch out for.

Target, Best Buy, GameStop, and Amazon are each selling the Mario Kart 8 Deluxe Nintendo Switch bundle for $299.99. Each of these stores is also selling select Switch games for 33 percent off and providing a 60 percent discount on the Poké Ball Plus accessory. Additionally, the Grey and Red/Blue Joy-Con controllers will be on sale for 25 percent off.

Walmart will also have the Mario Kart 8 Deluxe Nintendo Switch bundle, but at a price of $299.

Kohl's has a bigger Nintendo Switch bundle on sale, which includes a carrying case and controller charging dock, for $319 with $90 in Kohl's Cash.

Target also has the Nintendo Switch Lite on sale for $199.99, if yours is a mobile-only household and you don't have a need to hook the system up to a TV.

Finally, most stores will have select Switch games at various sale prices.

Where to Find These Black Friday Deals

Other Places For Great Deals

Cyber Monday is right around the corner from Black Friday, so if you're waiting on the best online deals, keep your eyes peeled for additional bargains, especially from Amazon.

If you have a PC gamer in your family, watch digital PC storefronts like Steam, Epic Games Store, and EA Origin. GOG, UPlay, and Bethesda Launcher are all great stores, too, but they're geared more towards M-rated games than the T- (and under) rated games that we cover.