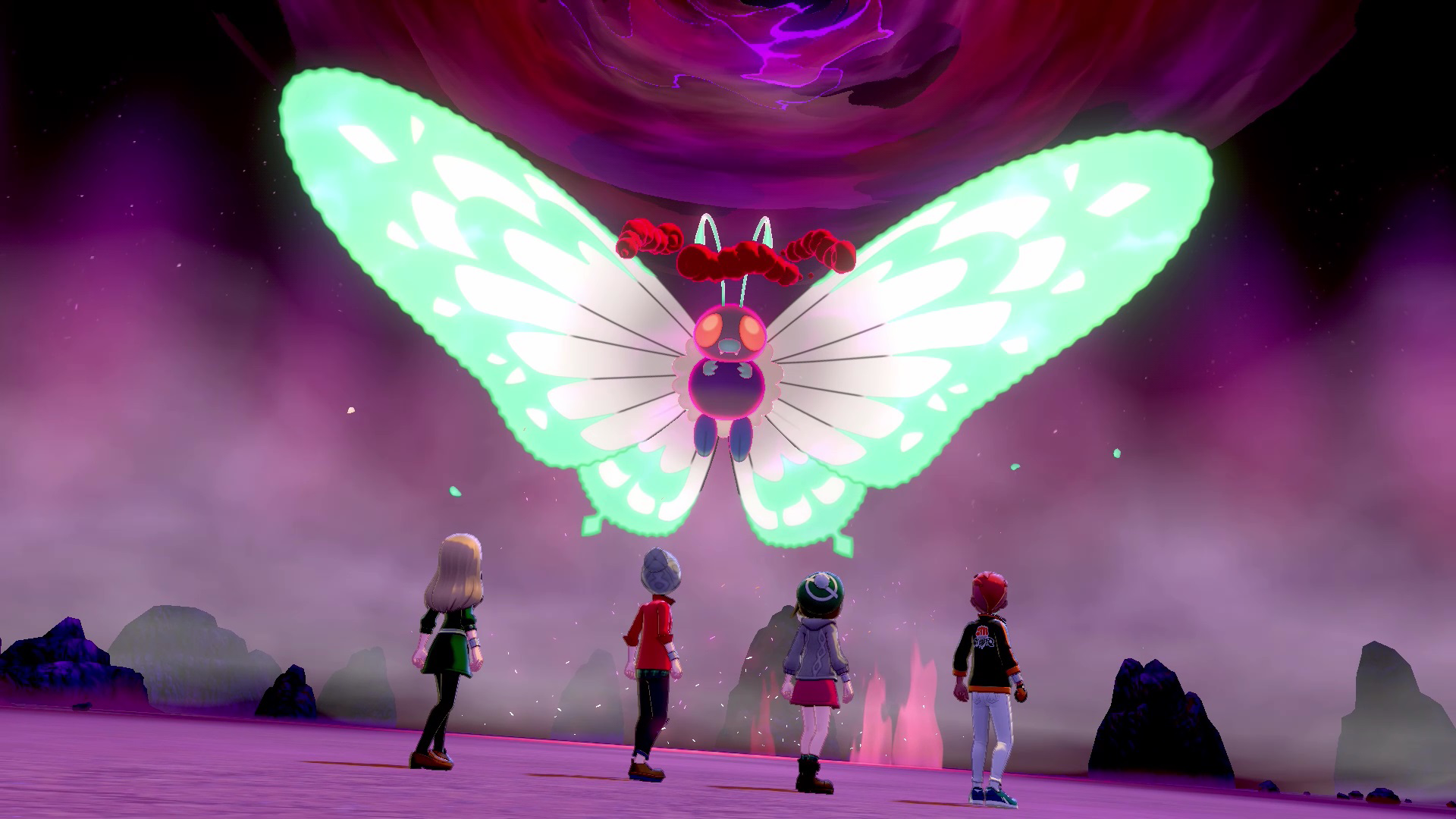 Pokemon Sword and Pokemon Shield are almost here! The highly anticipated Switch games will launch on November 15, but to hold us over until then, we’ve been treated to a massive drop of new information about the games. Here are some of the highlights.

First, from November 15, 2019 until “early January 2020,” players will have a greater chance of encountering Gigantamax Butterfree in Max Raid Battles than they normally would otherwise. Max Raid Battles allow four players to team up to take on wild Dyanmax Pokemon. However, in “extremely rare cases,” players will actually take on a Gigantamax Pokemon instead of a Dynamax creature.

In addition, we now know the dates for the game’s first online competition, which will allow players to test their Pokemon battle skills while competing against other trainers around the world. The first competition is called “Galar Beginnings,” and you’ll be able to sign up to compete from November 15, 2019 until December 5, 2019.

The competition period itself will run from December 6 through December 8, and it will have a “Single Battle” format.

If you want to compete, you’ll need to choose a team of three to six Pokemon that you’ve obtained in Pokemon Sword and Pokemon Shield, though certain creatures, like Zacian, Zamazenta, and Mew, among others, won’t be eligible to compete. During the competition, the Pokemon you choose will temporarily become Level 50.

Next, The Pokemon Company revealed a few “quality of life” improvements, which should make your time in the game’s Galar region more enjoyable. For one, the games will feature autosave functionality, so you won’t lose all of your progress if you forget to save your game before turning it off.

You’ll also be able to access your Pokemon Boxes even when you’re away from towns, and transfer Pokemon in and out of your team (generally) wherever you are, though there are a few exceptions to that freedom.

Finally, we know that trainers will have access to new items, such as Exp. Candy and Mints. Exp. Candy can be earned in Max Raid Battles, and these items can be given to a Pokemon to give it an instant boost of experience points. Meanwhile, Mints will “change [a Pokemon’s] stat-growth patterns and will impact which stats of a Pokémon are likely to grow faster than usual.”

Are you excited to play Pokemon Sword and/or Pokemon Shield? Let us know in the comments, or tweet us at @superparenthq.