Xbox All Access: Get an Xbox One Now With the Option to Upgrade Later 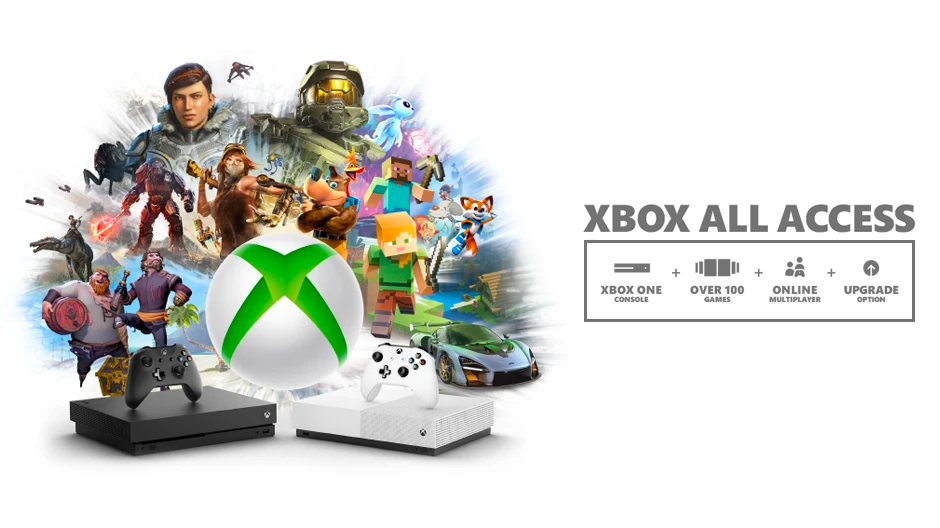 If you’d like to pick up an Xbox One console for your family this holiday season, but aren’t interested in paying hundreds of dollars upfront, the Xbox All Access plan may be something to look into.

As Polygon spotted, the Xbox All Access program will begin on November 18 in the U.S. You’ll be able to choose from three different console bundles -- the Xbox One X, Xbox One S, or Xbox One S All-Digital Edition -- which include the console of your choice, one controller, a 24-month membership to Xbox Game Pass Ultimate (this includes Xbox Live Gold), and the option to upgrade to Project Scarlett when the new console launches during the “Holiday 2020” window.

The bundles start at $19.99 per month, with the price being determined by the console someone chooses. Users in the U.S. can sign up for the program through Amazon. In order to join, you’ll need to qualify with Citizens Bank, Microsoft’s financing partner for the program.

Once someone qualifies, they’ll receive the bundle they chose with “no upfront cost,” and can then purchase it over 24 months.

With Project Scarlett, Microsoft’s next game console, coming next fall/winter, the program includes a way for you to upgrade to the new machine once it’s available. Specifically, once Project Scarlett is available and you’ve made at least 18 payments, you’ll be given the option to upgrade to the new console by beginning a new Xbox All Access agreement and trading in the Xbox One console you were purchasing.

If you join the program before December 31, 2019, you’ll have the option to upgrade “in as few as 12 months and once Project Scarlett has officially launched.”

While this program may not be desirable for everyone, Microsoft did say it will save you “over $100” when compared to purchasing these items separately.

For more information on the program, head to the Xbox website.