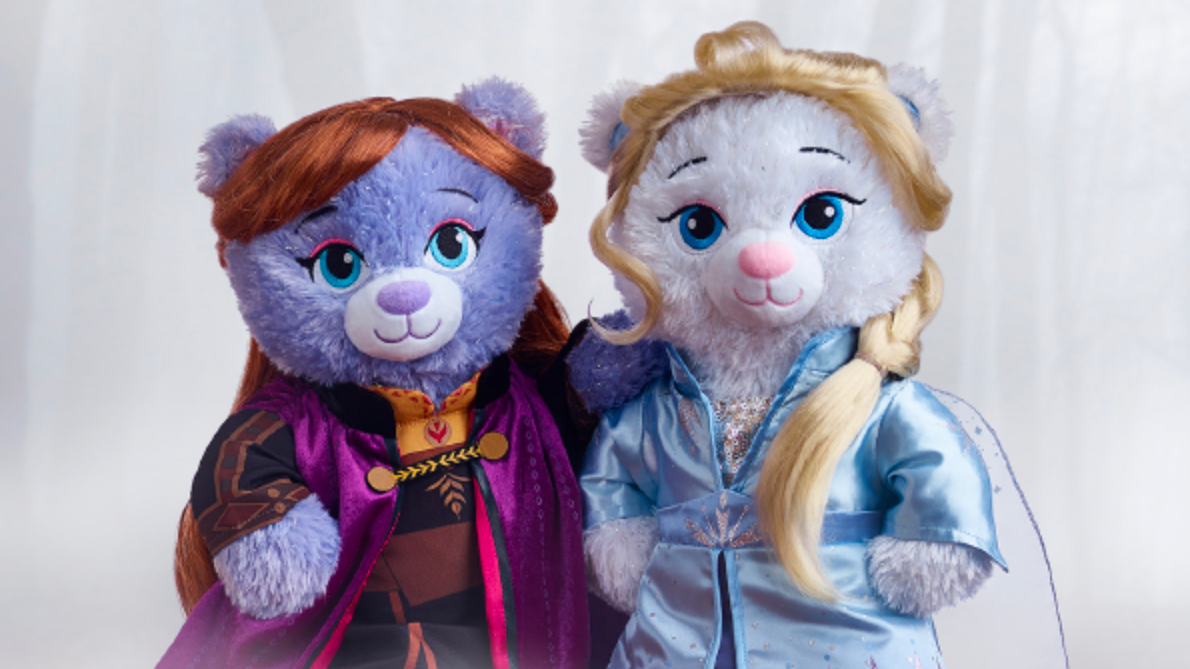 Frozen 2 hits theaters on November 22, and with the amount of hype surrounding the film (and the amount of merchandise hitting store shelves), it’s safe to say it will be one of the biggest releases of the year.

Build-A-Bear Workshop has joined the Frozen 2 craze with a new line of stuffed animals and clothing options inspired by the film. First, you can purchase a white “Elsa Inspired Bear” and a purple “Anna Inspired Bear” for $29, which each have “Frozen II” written on one foot and the name of the character on the other. These bears are very similar to the plushies released for the first film, but they are different.

Both bears come without clothing, but you can dress them up by purchasing Frozen 2- themed “Travel” or “Arendelle” costumes for both characters for $18.50 each. To be clear, the Elsa travel costume is different from Anna’s, and the Arendelle costumes are also different for each bear.

If you want to pick up one of these bears and a complete costume in a bundle, you can purchase one of four gift sets, which include the bear, an outfit, shoes, and even a wig matching each character’s hair color. The “Elsa travel,” “Elsa Arendelle,” “Anna travel,” and “Anna Arendelle” sets range in price from $63 to $67.50. The Elsa Arendelle set also includes a snowflake for the bear to “hold” (the bear wears the item like a bracelet).

Not to leave the film’s other characters out of the fun, Build-A-Bear now offers a Sven plushie for $35, an Olaf plush for $29 (it’s different from the Olaf that was previously released), and a Kristoff costume for $18.50. You can also purchase the Kristoff costume in a bundle that costs $44, which includes the Happy Hugs Teddy (a generic bear, not based on Frozen 2).

Finally, you can purchase a variety of individual Frozen 2-themed clothing items for your stuffed friends, such as underwear and t-shirts, as well as the wigs and shoes from the Anna and Elsa costumes.

There’s a ton of stuff to choose from in this new Frozen 2 line, so head over to Build-A-Bear’s website to see everything the store has to offer.