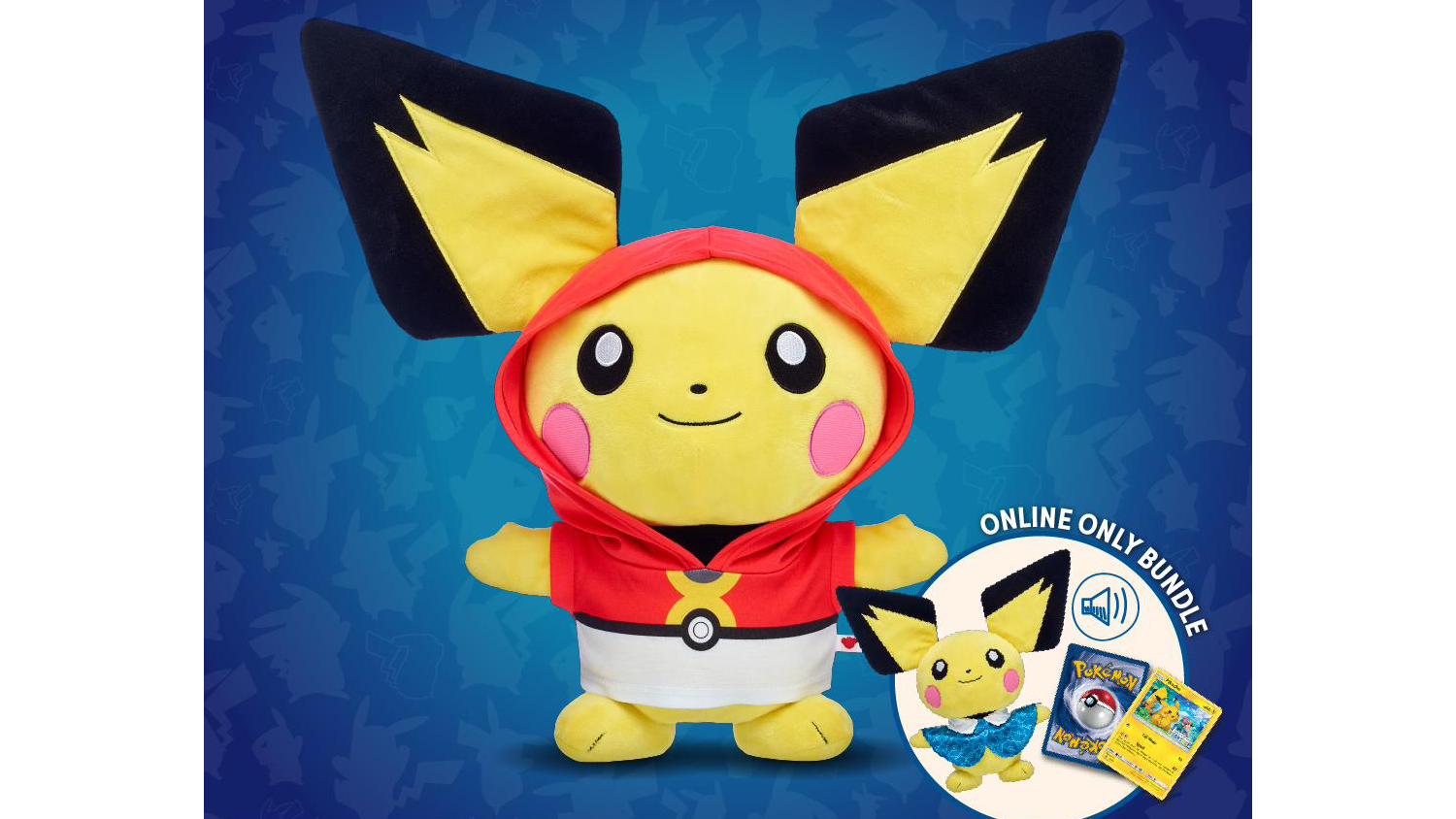 Build-A-Bear’s line of Pokemon stuffed animals has expanded with the addition of Pichu, the adorable baby Pokemon that evolves into Pikachu!

Pichu is available now for $29. If you want to purchase this pocket monster online, you can pick up the Online Exclusive Pichu Bundle for $61. The bundle includes the 12-inch Pichu stuffed animal, a blue cape and a Repeat Ball hoodie for Pichu to wear, a “6-in-1 Pichu sound chip” (so the stuffed animal will make noises), and an exclusive card for the Pokemon Trading Card Game.

When you purchase Build-A-Bear plushies online, some give you the option of receiving them stuffed or unstuffed (so you can take them into a store and have the stuffing experience in person). Pichu will come pre-stuffed, though you can choose whether Pichu comes dressed or undressed.

Even though Pichu is on the shorter side (other Build-A-Bear Pokemon plushies, like Squirtle and Meowth, are taller) its very large ears prevent it from fitting inside Build-A-Bear’s normal-sized Cub Condo, the cardboard box you traditionally take your new cuddly friend home in.

With the release of Pichu, you can now collect two of the three Pokemon in Pikachu’s evolutionary line, since Pikachu was previously released (and is still available). We’ll keep an eye out to see if Raichu, the final Pokemon in the Pikachu family, is eventually added to the lineup. We can only hope!