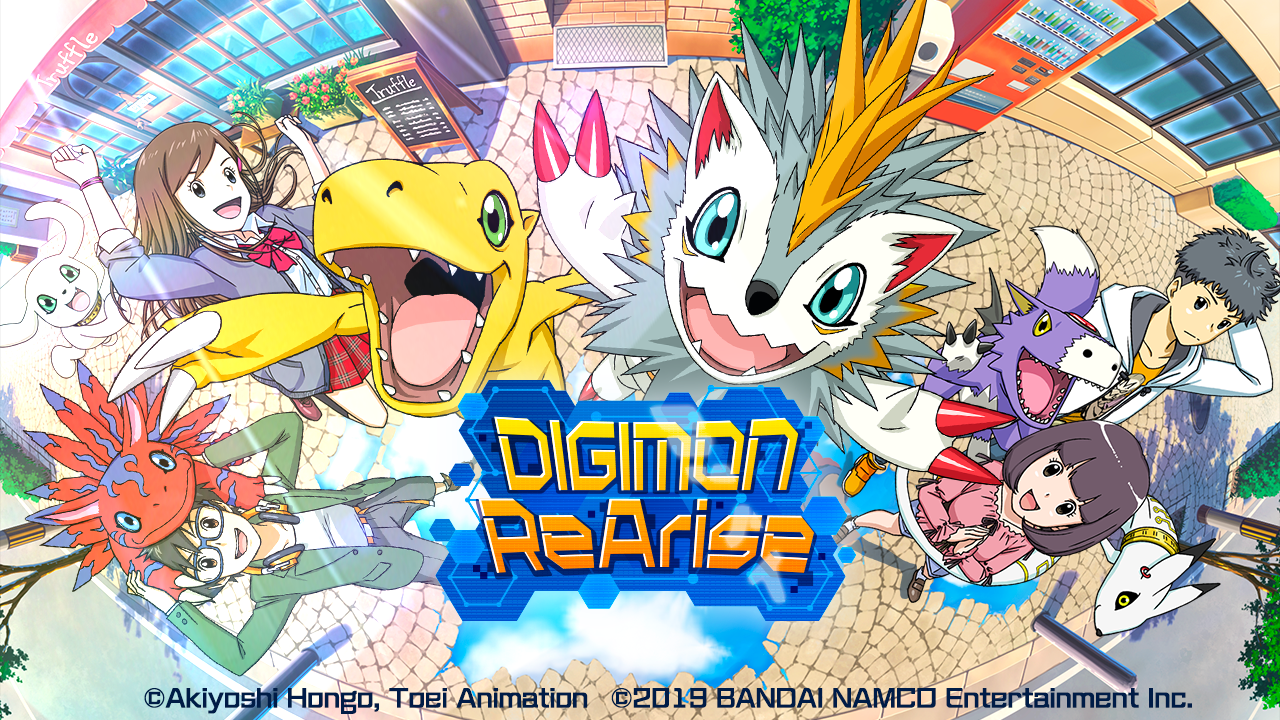 Digimon ReArise is a free-to-play mobile game on iOS and Android devices, which lets players team up with powerful creatures called Digimon. Players and their Digimon take on enemies known as Spirals, which are invading the world.

In Digimon ReArise, you’ll become a Digimon “tamer,” and partner with a Digimon called Herissmon to complete quests. While you start with only Herissmon on your team, you can collect additional Digimon over time, and mix and match these creatures to create a team of five Digimon to take into each mission.

Some missions are only cutscenes, while others feature battles against regular enemies and boss characters. During battle, you can command your Digimon to perform specific actions, or allow them to attack on their own. When you successfully complete a mission or battle, you’ll receive a variety of in-game rewards, which may include premium currency.

In between missions or battles, you can visit DigiTown and interact with your Digimon. For instance, you can feed them any food items you’ve collected, which improves your bond with them. You’ll need to improve your bond with a Digimon to help it Digivolve into a stronger creature. You can also train your Digimon to increase their in-game level, which improves their stats.

Outside of the game’s main story missions, you can participate in real-time 5-v-5 multiplayer battles and take on powerful creatures in Clash Battles.

Digimon ReArise is free-to-play, but it does contain optional ways to spend real money. For instance, you can spend premium currency to instantly summon new Digimon for your team. You can also purchase item bundles in the in-game shop, which contain a variety of items, such as DigiEggs that you can hatch at DigiTown to receive a new Digimon.

Digimon ReArise is available to download for free on iOS and Android devices. The game is rated 12+ on iOS and Everyone 10+ on Android. On iOS, the game has content descriptions for “Infrequent/Mild Cartoon or Fantasy Violence” and “Infrequent/Mild Sexual Content and Nudity.”

Check out 17 minutes of Digimon ReArise gameplay in our SuperParent First Look below to see the game in action.