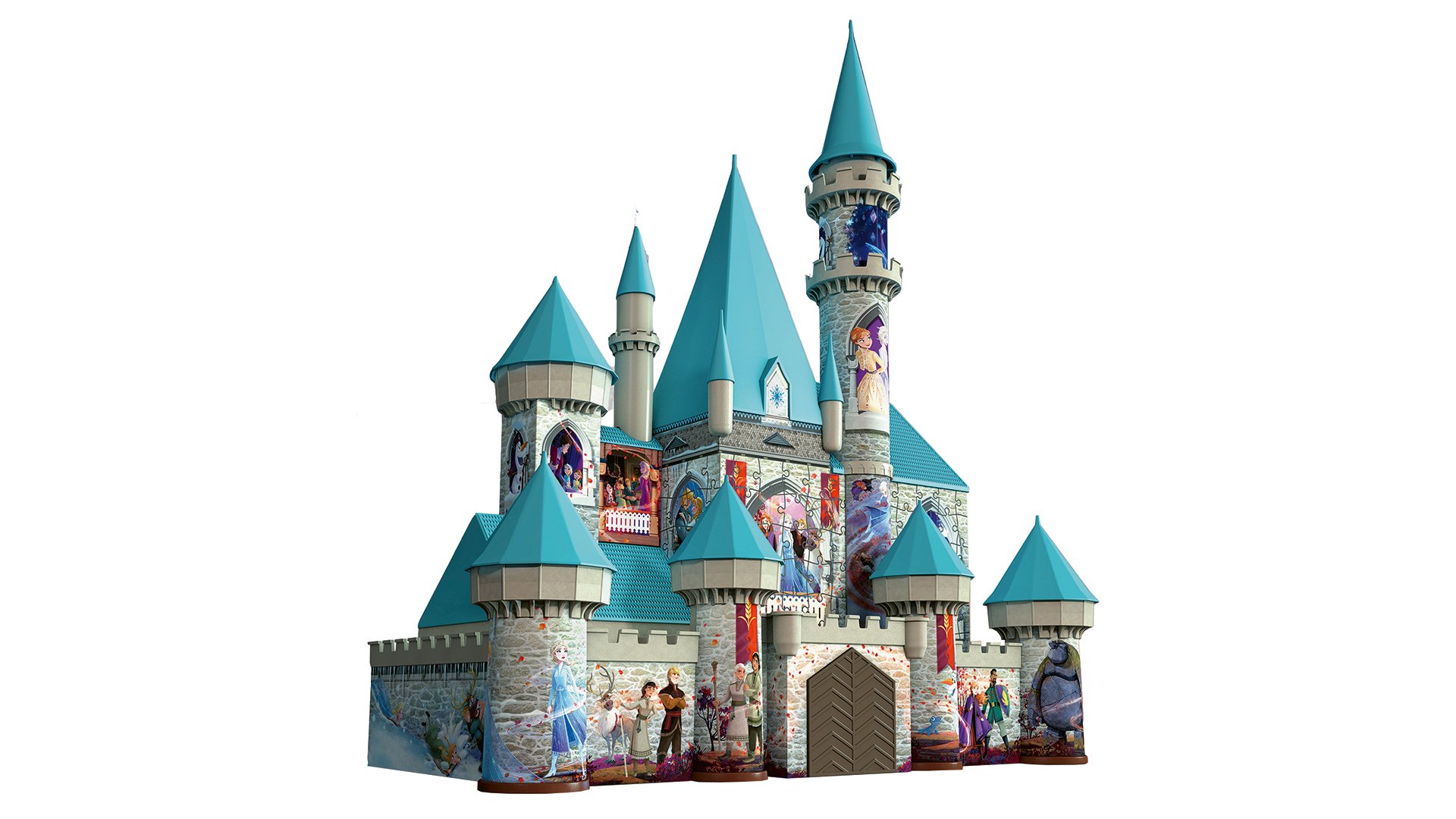 On November 22, Frozen fans will have the chance to travel back to the magical home of Anna, Elsa, and their friends when Frozen 2 debuts in theaters. Ahead of the film’s premiere, Ravensburger has revealed a series of seven new puzzles for kids (and kids at heart) that are based on Frozen 2.

Five are traditional puzzles, which let you put together one or more flat images, while the other two are 3D puzzles, meaning they’re sculptures that you can put together piece by piece.

Here are the seven puzzles you’ll be able to collect later this year.

Frosty Adventures - This option includes two 24-piece puzzles in the same box. It’s priced at $12.99, and is recommended for puzzlers aged 4+.

The Journey Starts - Like Frosty Adventures, this one comes with multiple puzzles in the same box. In this case, there are three 49-piece puzzles to put together. This one costs $12.99, and is recommended for kids 5+.

Strong Sisters - This one is another 100-piece XXL puzzle for puzzlers 6+, but it’s special because it has glitter on the pieces. The Strong Sisters puzzle is priced at $15.49.

The Mysterious Forest - This final traditional puzzle in the series is a 200-piece XXL puzzle for kids 8 and up. It costs $15.49.

3D Olaf - This three-dimensional puzzle will allow you to put together a “statue” or “sculpture” of the friendly snowman Olaf that’s made of 54 plastic pieces. The puzzle is recommended for ages 8 and up, and it costs $9.99.

3D Castle - The final puzzle in this set will let you build a 3D model of the castle from Frozen 2 using 216 plastic pieces. This is the most advanced puzzle in the series, and it comes with a higher age recommendation to match: 12+. It’s also the most expensive item, at $69.99. The walls of the castle are decorated with imagery representing scenes from the film.

The five traditional puzzles are due out in late October, while the 3D puzzles will be released near the end of November. All seven are available to pre-order now on Amazon.