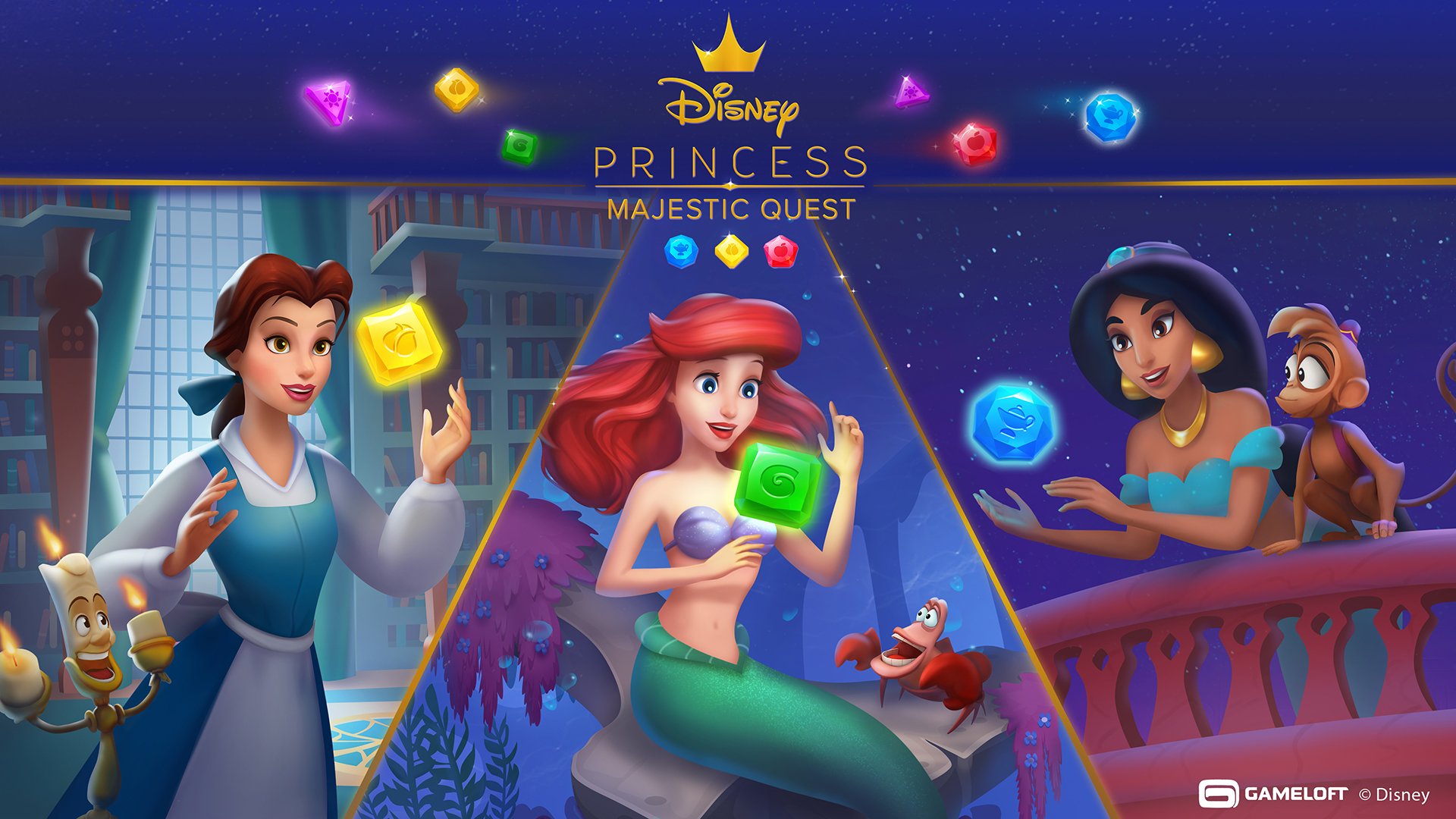 Disney Princess Majestic Quest is a free-to-play game on iOS, Android, and Windows devices that challenges players to complete match-three levels in order to help Ariel, Jasmine, and Belle repair their kingdoms following a magical storm.

You’ll start by helping Jasmine repair the throne room in the Sultan’s Palace while her father is away on a diplomatic mission. After you complete a few levels, you’ll be able to unlock access to Belle, who needs help repairing the Ballroom in Beast’s Castle. Finally, you’ll eventually unlock access to Ariel's storyline, as she needs help fixing King Triton’s Throne Room.

Once you unlock access to a princess and her storyline, you can swap between stories at any time, depending on the room you want to fix. It’s worth pointing out that you’ll unlock access to the three different princesses fairly early on. Additional princesses and content will be added in future updates.

In each level of Disney Princess Majestic Quest, you’ll need to complete a specific objective before running out of moves. For instance, one level may ask you to collect leaves by making matches on top of them, while another level asks you to free fairies by making matches next to the symbols they’re "trapped in."

You can make matches by swapping the locations of two touching symbols to create a line of three-or-more identical symbols, or matches in “T,” “L,” or square shapes. As you create these special matches, power-ups are added to the board that can help you complete levels. You’ll also receive a power-up when you make two matches in a single move. Over time, you’ll unlock access to additional boosters that can be activated before a level begins or even during a level to help you complete it.

As you finish levels, you’ll earn stars that can be spent to complete tasks in each princess’s storyline.

While Disney Princess Majestic Quest is free-to-play, it does contain optional ways for players to spend real money. For instance, you can purchase additional in-game coins, which are spent on things like power-ups and extra moves if you fail to complete a stage before running out.

Disney Princess Majestic Quest is available to download for free on iOS, Android, and Windows devices. The game is rated 4+ on iOS, and E for Everyone on Android and Windows.

Check out the first 11 minutes of Disney Princess Majestic Quest in our SuperParent First Look below to see if this is a game your kids would be into.