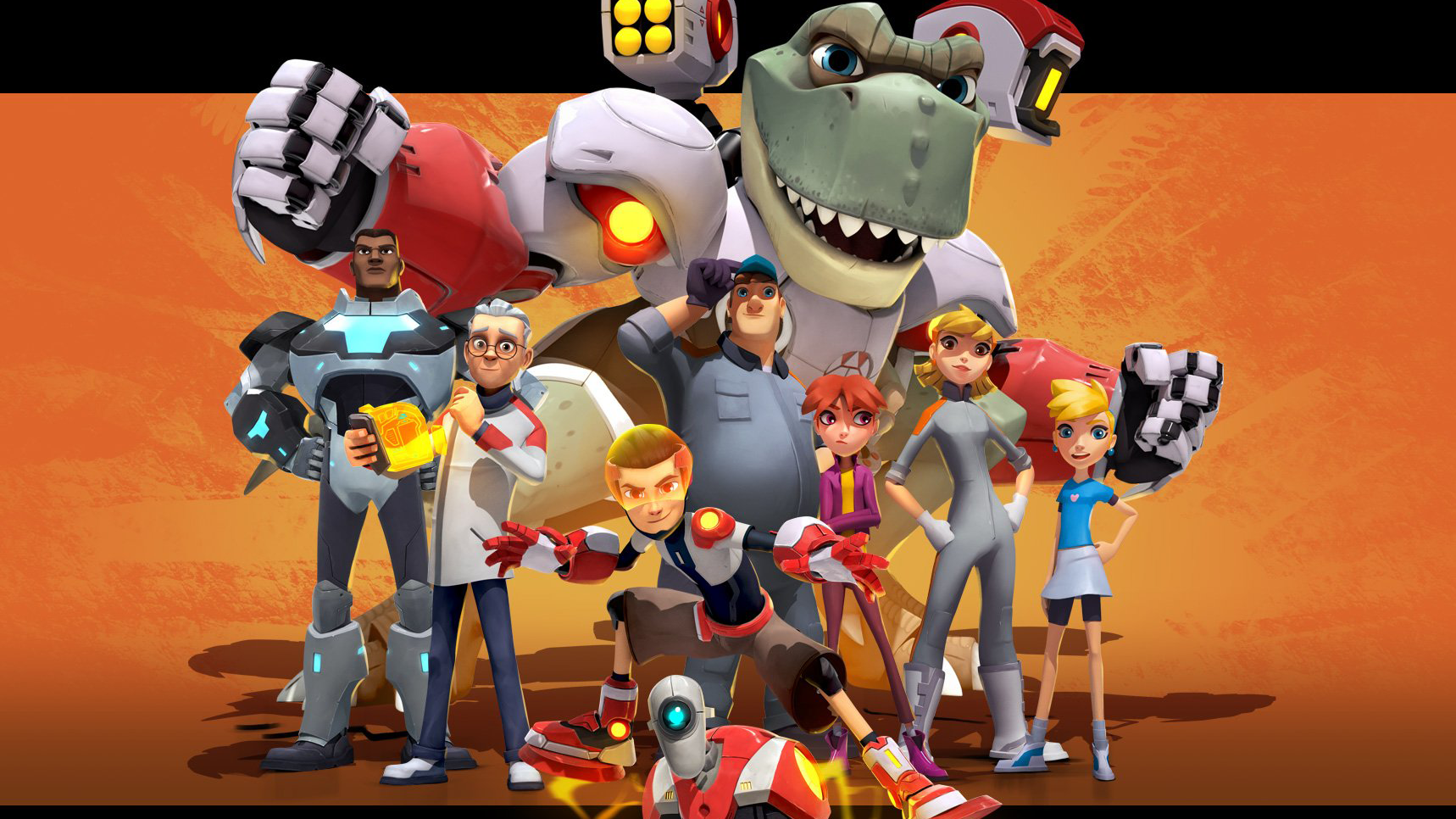 In Super Dinosaur: Kickin’ Tail, you’ll help a kid genius named Derek Dynamo and his best friend (a T-Rex named Super Dinosaur, or SD for short) defeat Max Maximus and his army of Dino Men, who want to take over the world.

Super Dinosaur: Kickin’ Tail includes multiple gameplay modes. The main Missions mode is a level-based experience, which challenges you to defeat enemies or destroy a tower that they control (as examples), before they can destroy your own tower or another item that you're trying to protect.

To do this, you’ll spend energy points to deploy units, like Derek Dynamo, SD, and others, to the battlefield, where they’ll automatically attack nearby enemies. You can also trigger instant attacks that will damage enemies in an area you choose.

Deploying units and triggering attacks costs energy points, and you’ll have a limited number of these points available to spend at any one time. Different units or attacks cost different amounts of energy to activate, but energy recharges automatically over time. This adds strategy to the game, as you’ll need to decide whether it’s best to deploy lots of units / attacks that require less energy, but may have worse stats, or save up your energy to deploy a single unit / attack that’s stronger.

As you complete missions, you’ll earn rewards that will allow you to level up your characters, improving their stats. You can also collect additional units for your team over time. As you play, your overall profile will also level up, and you’ll unlock new gameplay modes: Arena and Daily Missions (Events). The Arena mode allows you to compete against other players to earn in-game rewards.

Finally, as you complete groups of Missions on the game’s “normal” difficulty setting, you’ll have the option to complete them again on a “hard” setting. Complete those same Missions on the hard setting and you’ll unlock the final difficulty: Expert.

While Super Dinosaur: Kickin’ Tail is free-to-play, it does contain optional ways to spend real money. For one, you can purchase premium crates in the in-game store containing a variety of items, such as currency and materials that let you upgrade your units.

Super Dinosaur: Kickin’ Tail is available to download for free on iOS and Android devices. The game is rated 9+ on iOS and Everyone 10+ on Android.

Check out the first 11 minutes of Super Dinosaur: Kickin’ Tail in our SuperParent First Look below to see this game in action.