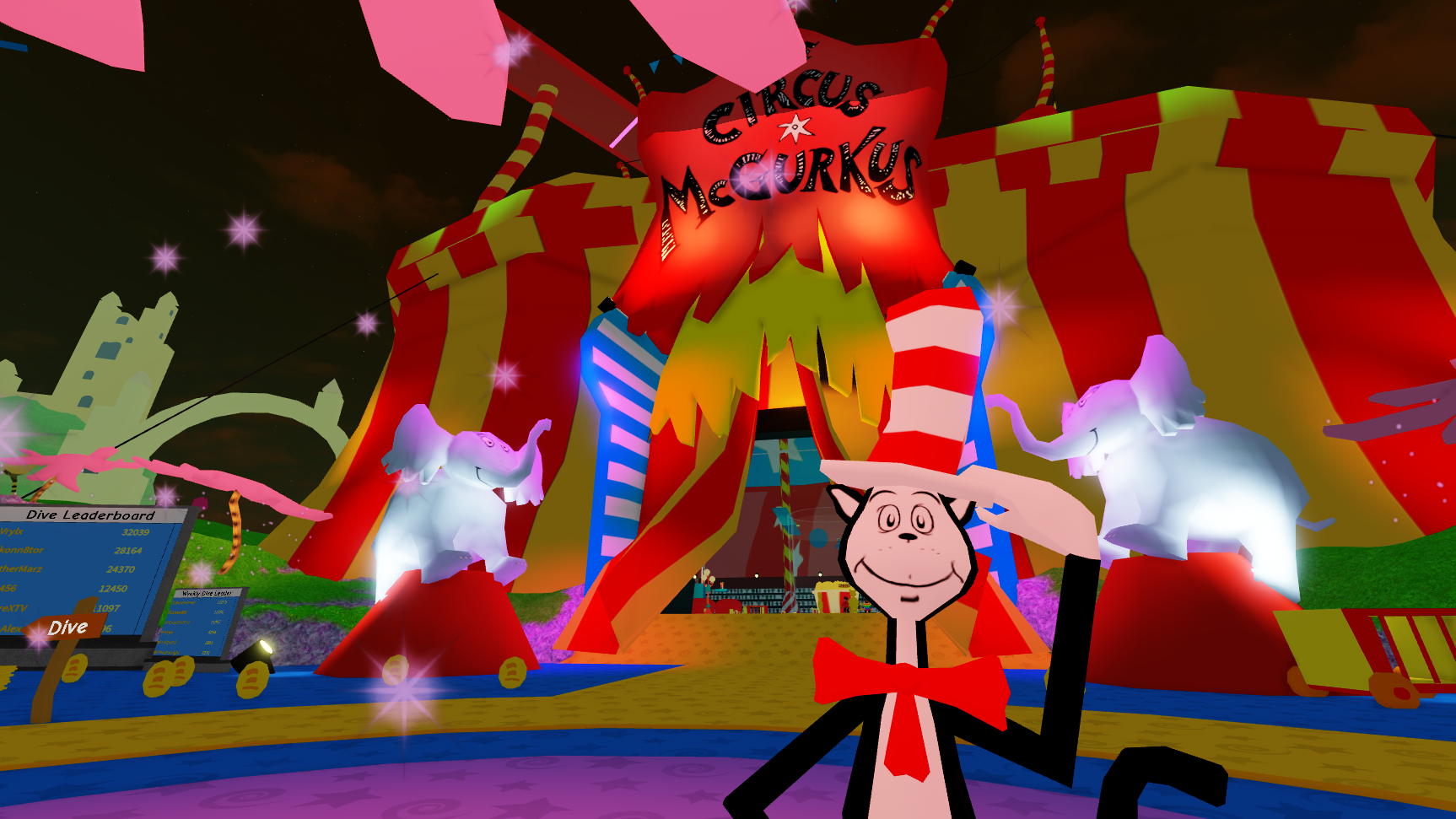 Dr. Seuss Enterprises partnered with game developer SkyReacher Entertainment to launch Seuss World on Roblox, a popular multiplayer game platform that lets users create their own games to share with others.

Seuss World is inspired by the Dr. Seuss book If I Ran the Circus. It lets players explore a virtual circus, where they can collect a variety of currencies (things like coins and popcorn buckets) as they participate in mini-games and activities such as a tight rope obstacle course and a maze. The game’s top performers are highlighted on a variety of in-game leaderboards.

As players collect the game’s currencies, they can spend them on new activities and virtual pets, like dogs, cats, and mice (all of which have the familiar Dr. Seuss “look”). These pets can boost the amount of currency you earn over time, so they’re worth collecting.

The game allows players to access several different zones within the circus itself, and additional content (including a Halloween-themed update) will be added in the future.

In a press release, Matthew Curtis, vice president of developer relations at Roblox, commented on the game:

“What makes Roblox such an engaging platform is the diversity of the online experiences our developers imagine, create, and share with millions of players all over the world. We think it’s awesome how SkyReacher has brought the iconic and imaginative world of Dr. Seuss to life in the digital world and believe the Roblox community will feel the same way.”

Seuss World is available to play for free on Roblox on PC, Mac, Xbox One, iOS, and Android devices. If you or your kids don’t have a Roblox account, you’ll need to create one before being able to play.