Hasbro's Game Mashups Are Two Classic Tabletop Games in One 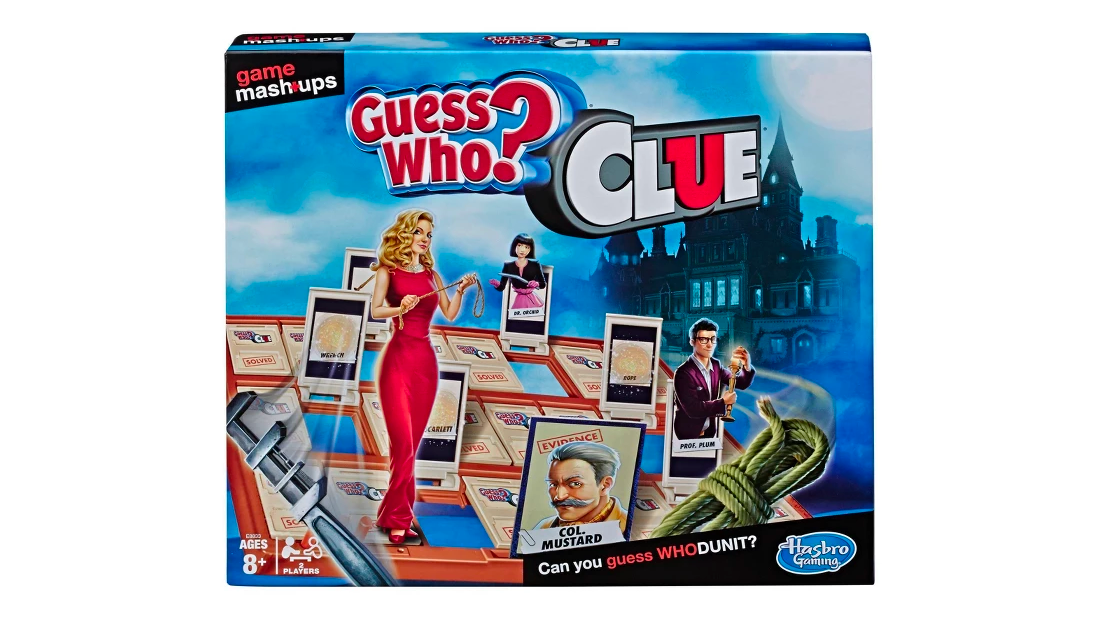 Games like Monopoly and Connect 4 are classics that can be enjoyed by players of many ages, and serve as a great entry point to the large world of tabletop gaming. However, these classic games also run the risk of feeling a bit stale, or even boring, once they’ve been played dozens of times.

As reported by Romper, Hasbro is now mixing things up, providing a new take on these familiar games with its Game Mashups series. There are five games in the series, which each combine two separate titles into one.

The five games are Twister Scrabble, Monopoly Jenga, Guess Who? Clue, Taboo Speak Out, and Candy Land Connect 4. Each one combines rules or elements from each of the two individual games to create a new experience.

For instance, in Guess Who? Clue, the faces from Guess Who have been replaced by the characters, weapons, and locations from Clue. The two-player game will challenge players 8+ to figure out who committed the murder by asking yes or no questions. And just like the regular game of Guess Who?, you’ll keep track of things you’ve learned by simply closing doors when you’ve eliminated them as possibilities.

Meanwhile, Twister Scrabble will get kids and adults moving, as they’ll need to place their hands and feet on top of letter tiles (rather than colorful circles) to spell words. According to the game’s description on Target’s website, the spinner that normally tells you where to place your hands and feet in Twister will instead ask you to “shout out, spell, or make a sentence using the word” you’ve created.

All five games are available now exclusively at Target. Candy Land Connect 4 is the cheapest, at $14.99, followed by Twister Scrabble at $15.99. The other three games -- Monopoly Jenga, Guess Who? Clue, and Taboo Speak Out -- are priced at $20.99.