Minecraft: Builders & Biomes Brings the Sandbox Game to the Tabletop This Fall 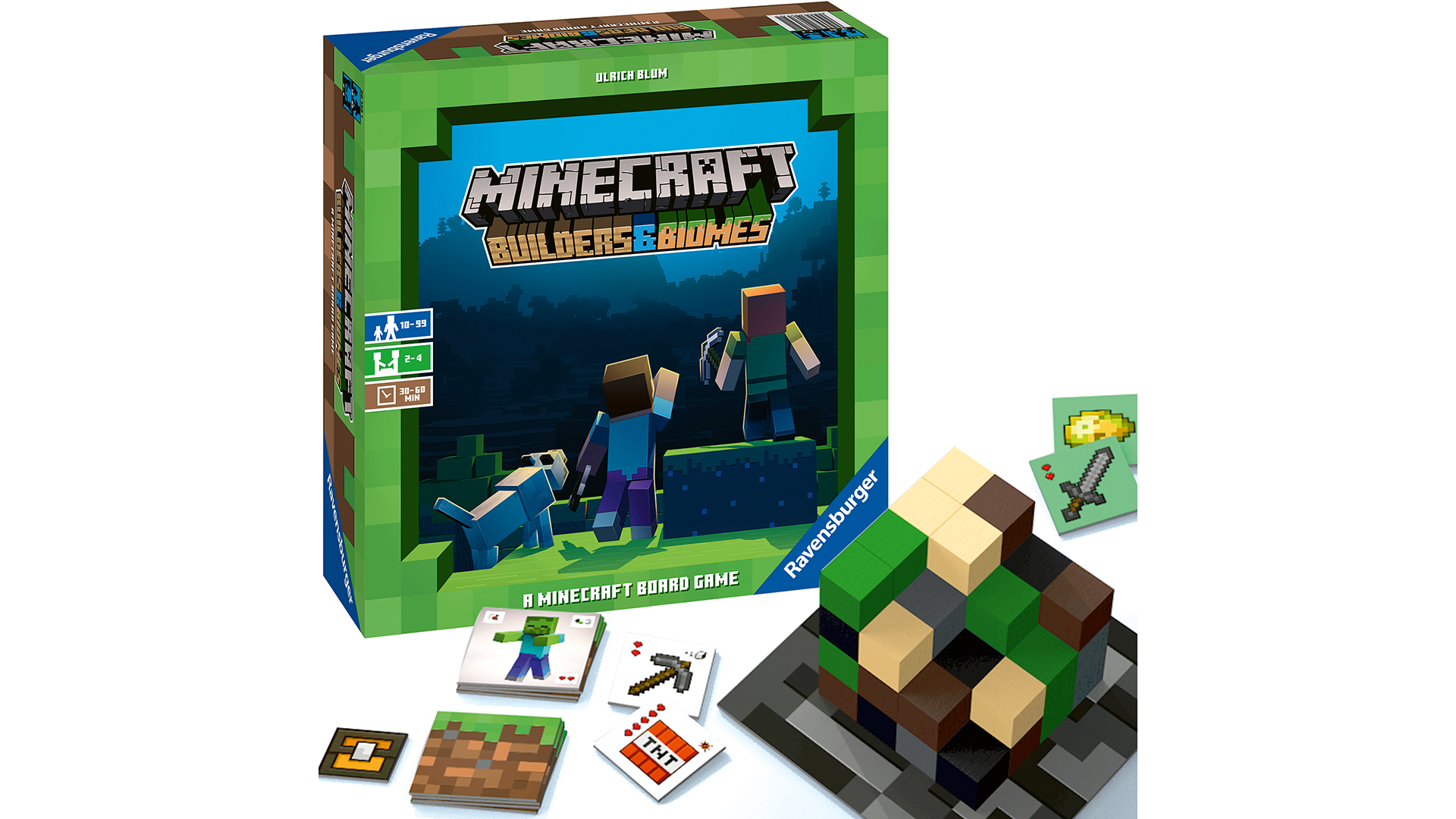 Minecraft is one of the biggest video games in the world, with the kid-friendly experience letting players of all ages explore an open sandbox world, collect a wide assortment of resources, and build anything their imaginations can think up.

As reported by BoardGameGeek, this fall, Ravensburger will bring that digital experience into the real world through a new tabletop game called Minecraft: Builders & Biomes.

Recommended for players 10+, Minecraft: Builders & Biomes will allow players to explore the game’s version of the Overworld and collect resources from a layered resource cube on the table. Players will earn points as they build structures and connect different biomes on their board (forest, desert, mountain and snowy tundra biomes will be represented).

During each game, players will be able to collect weapons from the board to take on mobs like Endermen, Creepers, and more. Players will earn rewards and points for defeating mobs.

The game will continue until the third layer of the resource cube has been depleted. At that point, the player with the most points wins. Each game is expected to take 30-60 minutes to complete.

In a press release, Daniel Greiner, executive editor of Minecraft: Builders & Biomes, commented on the game:

“With the board game, players experience their opponents live at the table. That makes their reactions, and especially their emotions, truly authentic. It’s just as intense and exciting as playing in the digital Minecraft world, but with even more direct interaction.”

Minecraft: Builders & Biomes will be released in Europe in October for €39.99, and in North America (on Amazon) this November for $39.99.