Where Cards Fall: A SuperParent Review 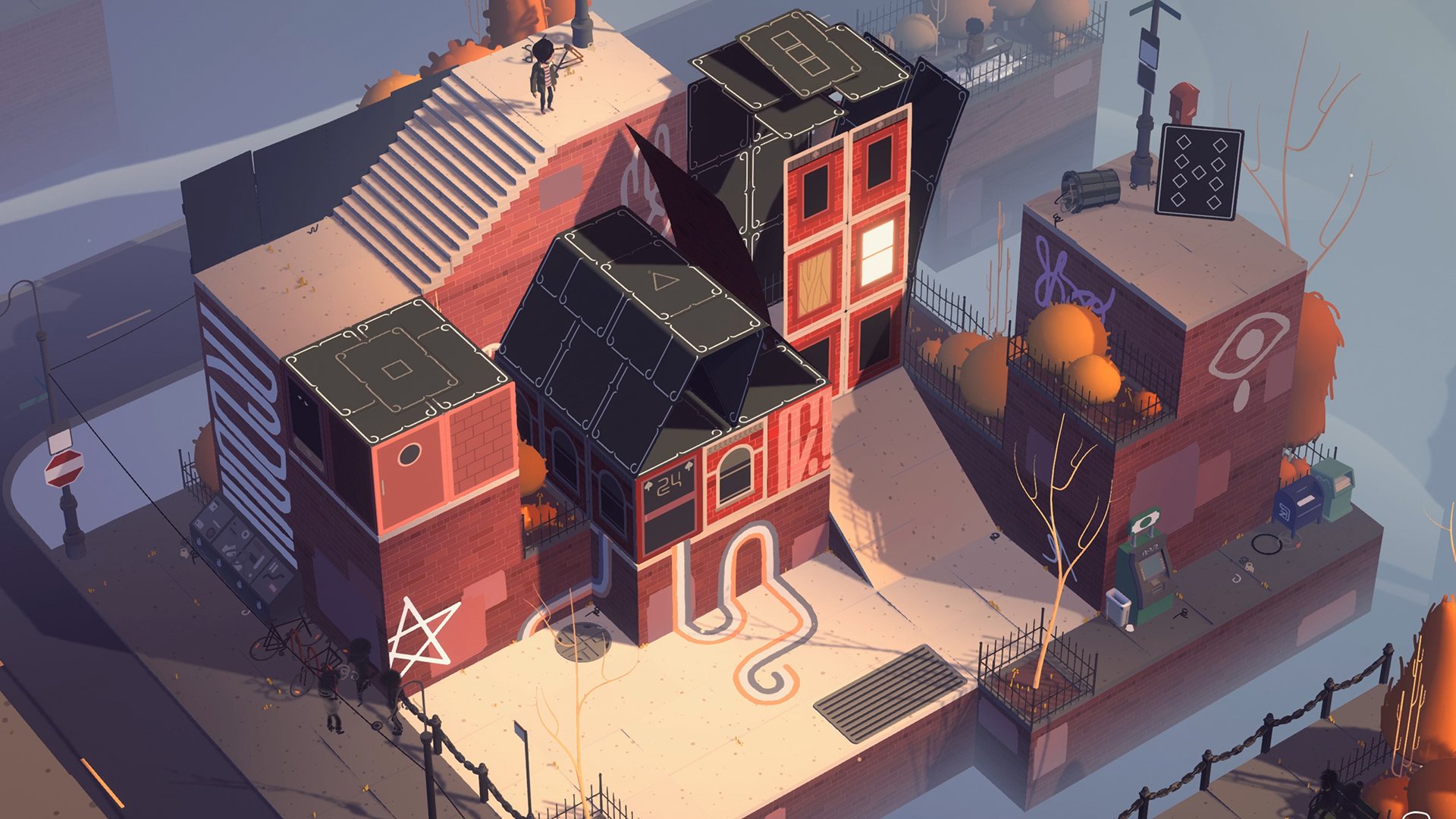 If Apple Arcade is showing us anything, it's that weird indie games can have a home on mobile, too. Where Cards Fall (which is rated 12+ on Apple Arcade) is a beautiful example of how touch controls can both augment and create meaningful experiences on mobile. It's fast become one of my favorite games on Apple Arcade.

What is Where Cards Fall?

Where Cards Fall is a coming-of-age story told through puzzles and houses of cards. There are shadowed vignettes that tell a story of a young person moving through school, friendships, home life, and coming to terms with the confounding nature of becoming an artist. It's a little sad, but that's the nature of growing up, isn't it? The sadness adds to the game's beauty.

Mechanically, Where Cards Fall is fairly simple to learn: guide your character to the end of the level by building platforms of playing cards. In order to build a structure, you spread two fingers out a little (for a small structure) or a lot (for a larger structure). To collapse a structure, pinch your fingers together. Cards be dragged across the screen to be built into structures elsewhere in the level. The cards can't jump to another platform without having an incline (a card house with an angled roof will usually do the trick), so you'll need to plan accordingly.

Does it matter if you play the game with a controller or with the touch screen?

Where Cards Fall is only playable with a touch screen. The mechanics don't work otherwise. Can you imagine trying to build a tactile house of cards with an Xbox controller? Doesn't quite have the same feeling.

Is it better on iPhone or iPad?

Bigger screens are almost always better, but I actually prefer Where Cards Fall on iPhone. It's the kind of game that you can pick up and put down in a few minutes, especially once you've mastered the mechanics and the puzzles just kind of… come together.

It's absolutely beautiful on iPad, but it doesn't make a ton of sense to pull out another device to play the game when the iPhone works more than adequately.

With so many games on Apple Arcade, what makes Where Cards Fall special?

There are always going to be games to amp us up and get us psyched to play. The adrenaline is pumping and we're just excited to be a part of the experience. Apple Arcade has a few of these kinds of games, too. But what makes Where Cards Fall special, for me especially, is in how hauntingly beautiful the experience of playing the game is.

In the first moment that the game loads up, you're immediately dropped into a forest setting. The game eases you into the card mechanics so that it's accessible and enjoyable to learn how the structures are built and dismantled. You can play your own music overtop of the game, which is nice (and unusual, considering there are many games that insist on turning off Spotify or Apple Music in favor of their own soundtracks), but the in-game music, while minimalist, is charming on its own.

The story that unfolds is easy to imprint on -- it's everyone's story as a kid and teenager. It's also the kind of story that takes a backseat to the game's mechanics. If there are pieces of the story that don't make sense to a little kid, because they're not quite old enough to understand (or care), it's easy to just look at the pretty interludes and then move back into how wonderful it feels to play with those cards and move them around the level.