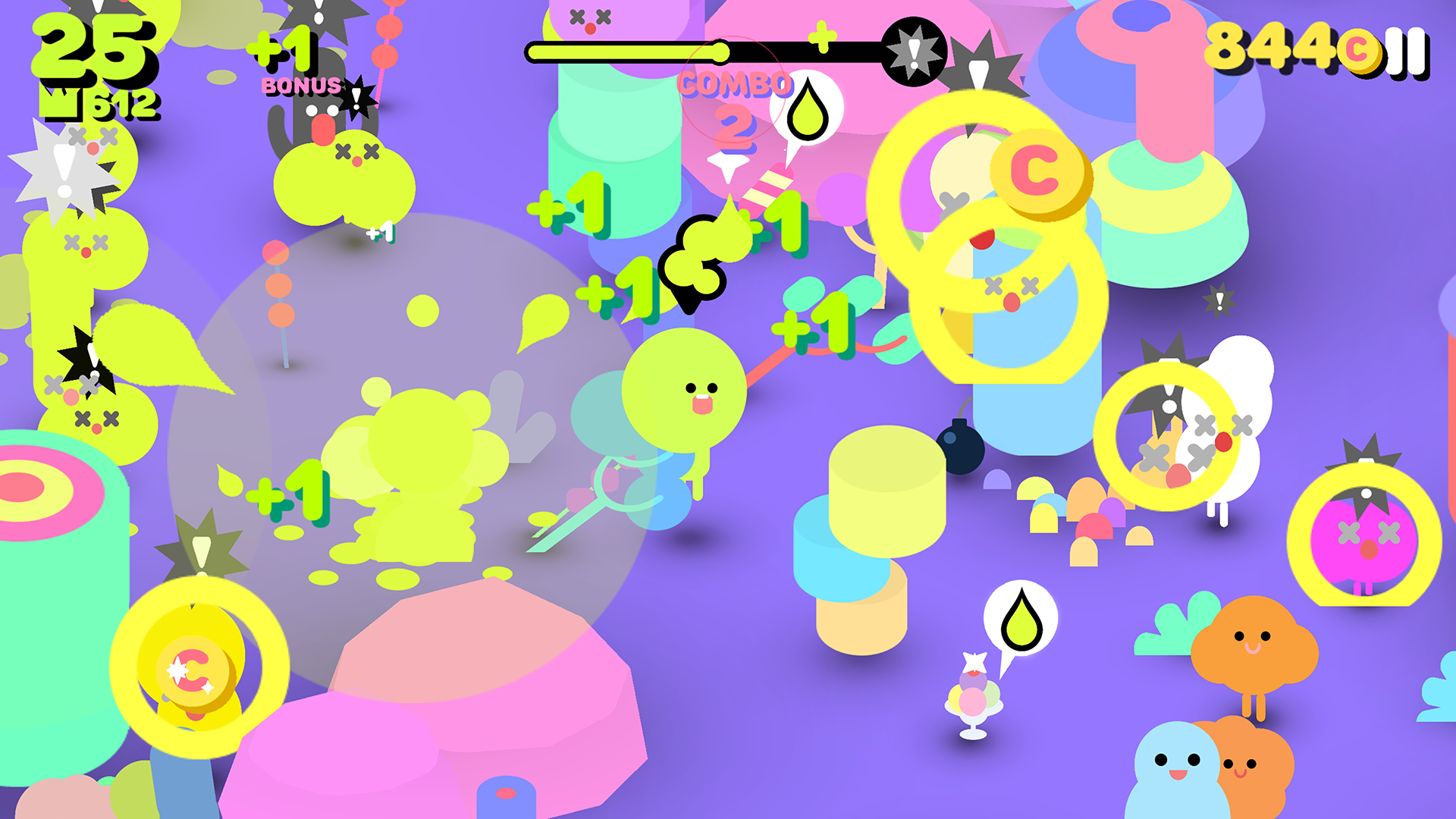 While your intentions are good, it turns out that people don’t like being splattered with paint, so every citizen you hit becomes part of an angry mob that will endlessly chase you until you either complete a stage or get hit by someone in the mob, which ends the game.

In each game of Painty Mob, your goal is to earn as many points as possible by painting as many citizens as you can before being hit by someone in the mob. The controls are simple: drag one thumb or finger around the left side of the screen to move your character, and tap on the right side of the screen to spread paint. As you spread paint, you’ll have less to use on the next tap, so you’ll need to pick up objects around the environment to refill your paint supply. You'll also need to watch out for bombs, which explode when you paint them.

Thankfully, each time you spread paint, it sends out a shockwave of sorts that sends nearby citizens away from you, so if you’re surrounded by the mob, you can spread paint to push them back and give yourself a bit of breathing room and time to get away.

As you spread paint, you’ll earn points that fill a meter at the top of the screen. When the meter is full, you’ll move onto a new stage with more citizens to paint. You can also collect coins as you play by painting citizens with a coin above their head. Coins can be spent on power-ups that can help you in future games.

While you start Painty Mob with a single playable character, you can unlock a total of 124 different characters by simply playing the game (Apple Arcade games don’t include in-app purchases). Depending on the character you choose, the environment may have a different visual theme, so you can try a variety of characters until you find a theme you really enjoy.

Painty Mob has an age rating of 4+ on Apple Arcade. The game doesn’t include advertisements.

Check out six minutes of Painty Mob gameplay in our SuperParent First Look below to see this colorful game in action.