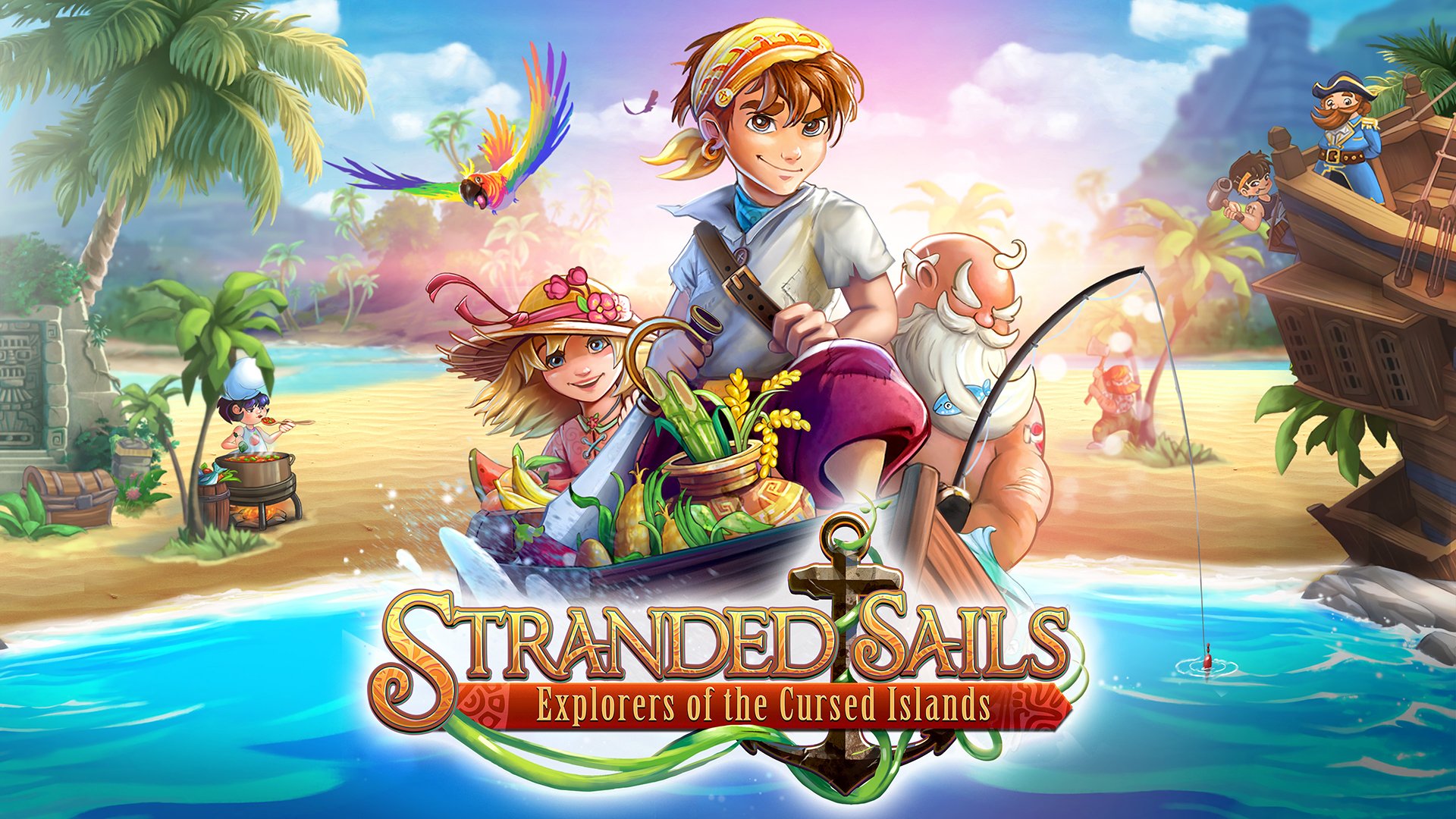 "Digs and builds" games have always been a soft spot for me. Between Minecraft, Terraria, No Man's Sky, Dragon Quest Builders 2, Stardew Valley, and even farming games like Animal Crossing and Harvest Moon, I could spend hours traipsing through whichever countryside, digging up some dirt, and building settlements. Oh yes, and fighting monsters that threaten my burgeoning village and its inhabitants.

Stranded Sails, developed by Lemonbomb Entertainment and recently released on Apple Arcade, feels a lot like Dragon Quest Builders 2 (DQB2), but with an even cuter twist. (I know, I know, I didn't believe it was possible, either.)

Stranded Sails begins with your character getting shipwrecked on an island. I chose to play as a little girl (you can choose between the boy and the girl). You begin the game by gathering your supplies for your adventure with your father, Captain Charles. Once at sea, a terrible storm rolls in and wrecks your ship on a mostly deserted island. Adventure awaits, of course, but what will become of your life in the mountains?

Only thing to do is find your shipmates and devise a plan to escape. The aim of the game is to learn enough about farming, crafting, gathering, cooking, and combat to build your ship and get the heck off the island. It takes time to learn recipes for crafting and cooking, including a fair bit of experimentation with ingredients to figure out which works with which.

There's a bit of combat within the game, but it's a lot like DQB2, so it's light on actual violence.

If you or your kiddo(s) enjoy games like Dragon Quest Builders 2 or Terraria, Stranded Sails really scratches that itch. The only recommendation I have is to hook up a controller to your iPhone because the touch controls are pretty finicky. It's much smoother with a controller. You can use a PlayStation 4 controller, an Xbox One controller, one of these mobile friendly controllers, or even grab one of Gamevice's controllers.

Check out 14 minutes of Stranded Sails below in our SuperParent First Look.