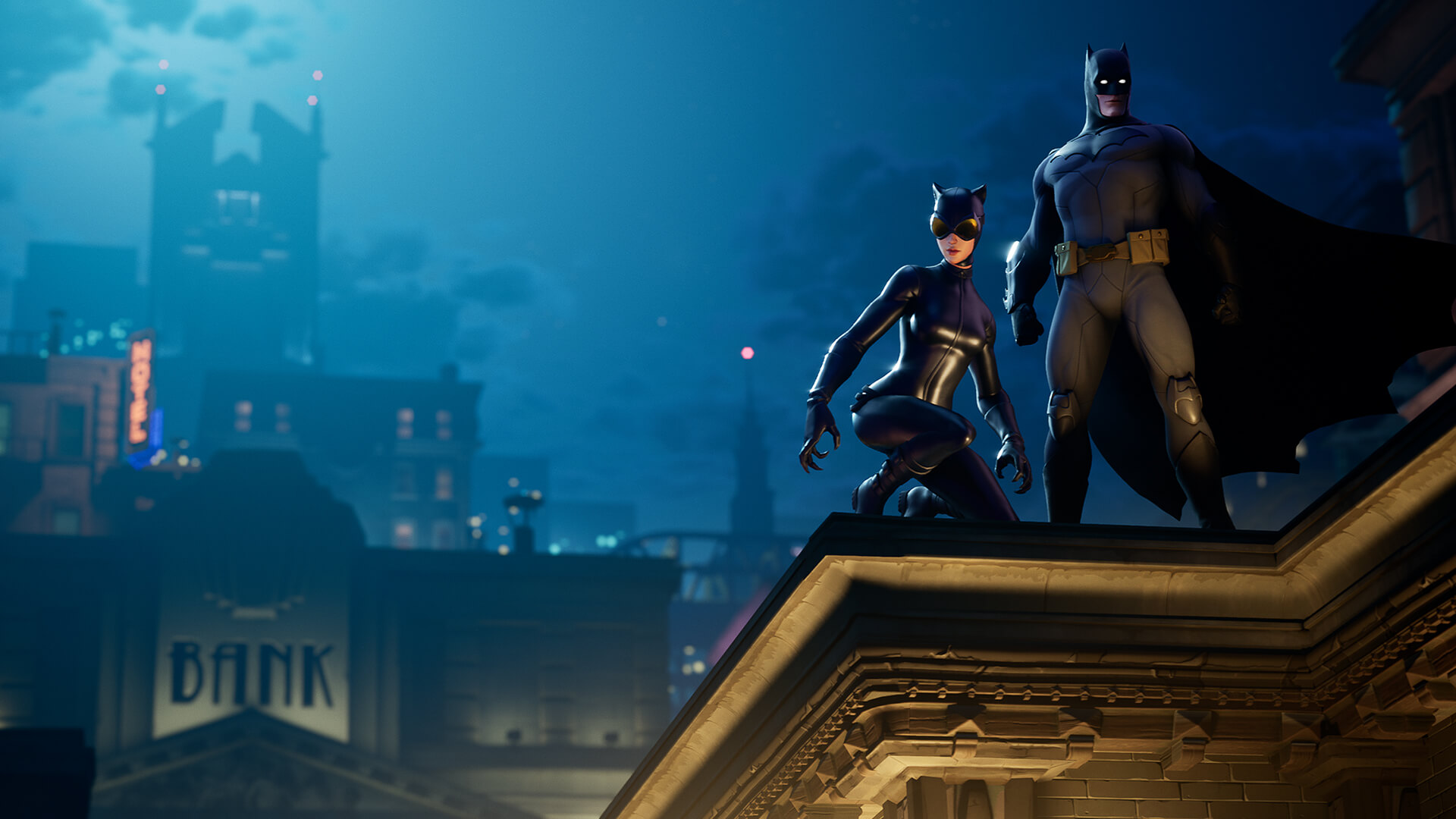 In celebration of Batman’s 80th anniversary, a new limited time Batman crossover event has launched in Fortnite: Battle Royale. This event is running now through October 6, and it will allow players to complete challenges to receive in-game rewards, such as the Catwing Glider.

In this event, a Rift Zone has brought Gotham City to the world of Battle Royale. In this area, players have “unlimited Glider Redeploy.”

Two Batman-themed tools have also been added to Battle Royale: the Grapnel Gun and Explosive Batarang. The Grapnel Gun lets players launch themselves around the map by firing grappling hooks at objects in the environment.

The Explosive Batarang, meanwhile, will explode when it gets close to an enemy, and it has the ability to damage both players and other objects.

Finally, some premium Batman-themed items have been added to the in-game store. For one, the Batman Caped Crusader Pack includes the Batman Comic Book Outfit and The Dark Knight Movie Outfit, along with other cosmetic goodies. You can also purchase “individual” themed items, such as a Catwoman-themed Outfit.

Are you excited about this Batman crossover event? Let us know in the comments, or tweet us @superparenthq.