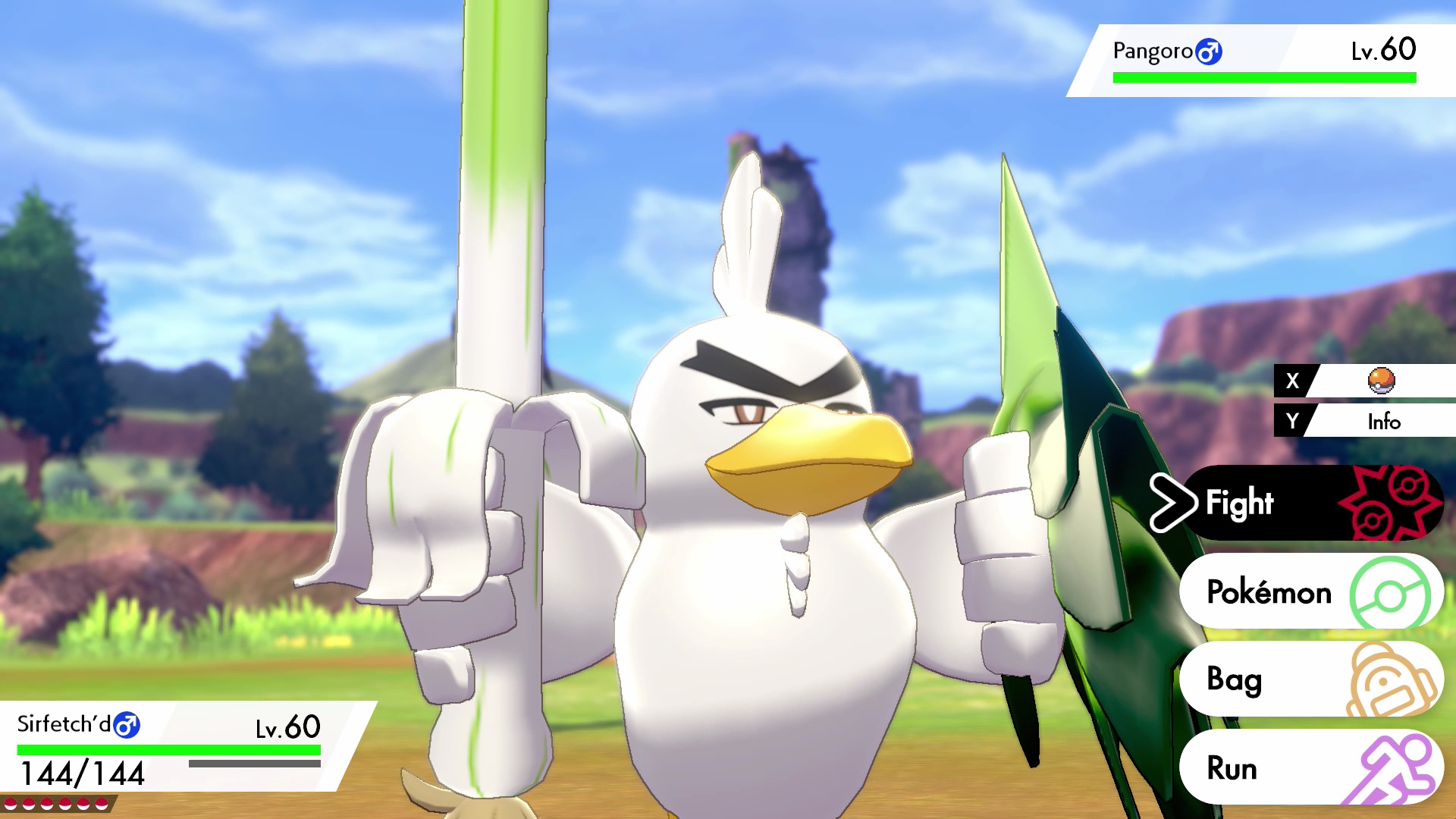 When Pokemon Sword and Pokemon Shield launch on Nintendo Switch on November 15, we’ll be able to interact with lots of new Pokemon that call the game’s setting -- the Galar region -- home. This includes some creatures that are special “Galarian” evolutions, which aren’t seen elsewhere.

This week, we were introduced to one of these Galarian evolution Pokemon, the dashing Sirfetch’d.

Sirfetch’d is a Fighting-type “Wild Duck Pokemon.” In the Galar region, Farfetch’d, a pocket monster from the first Generation of the Pokemon universe, can evolve into Sirfetch’d “after experiencing many battles.”

As its name might suggest, Sirfetch’d is rather noble, and resembles a jousting knight without the horse. It carries a long leek that it uses as a lance, and it uses the leek’s leaves as a shield (making it a pretty perfect inclusion for Sword and Shield).

Sirfetch’d will have access to an exclusive move, Meteor Assault, which causes it to charge toward another Pokemon with its leek pointed forward, just like a jousting knight. Sirfetch’d will also know the ability “Steadfast.”

Are you excited to meet Sirfetch’d in Pokemon Sword and Pokemon Shield? Let us know in the comments, or tweet us @superparenthq.