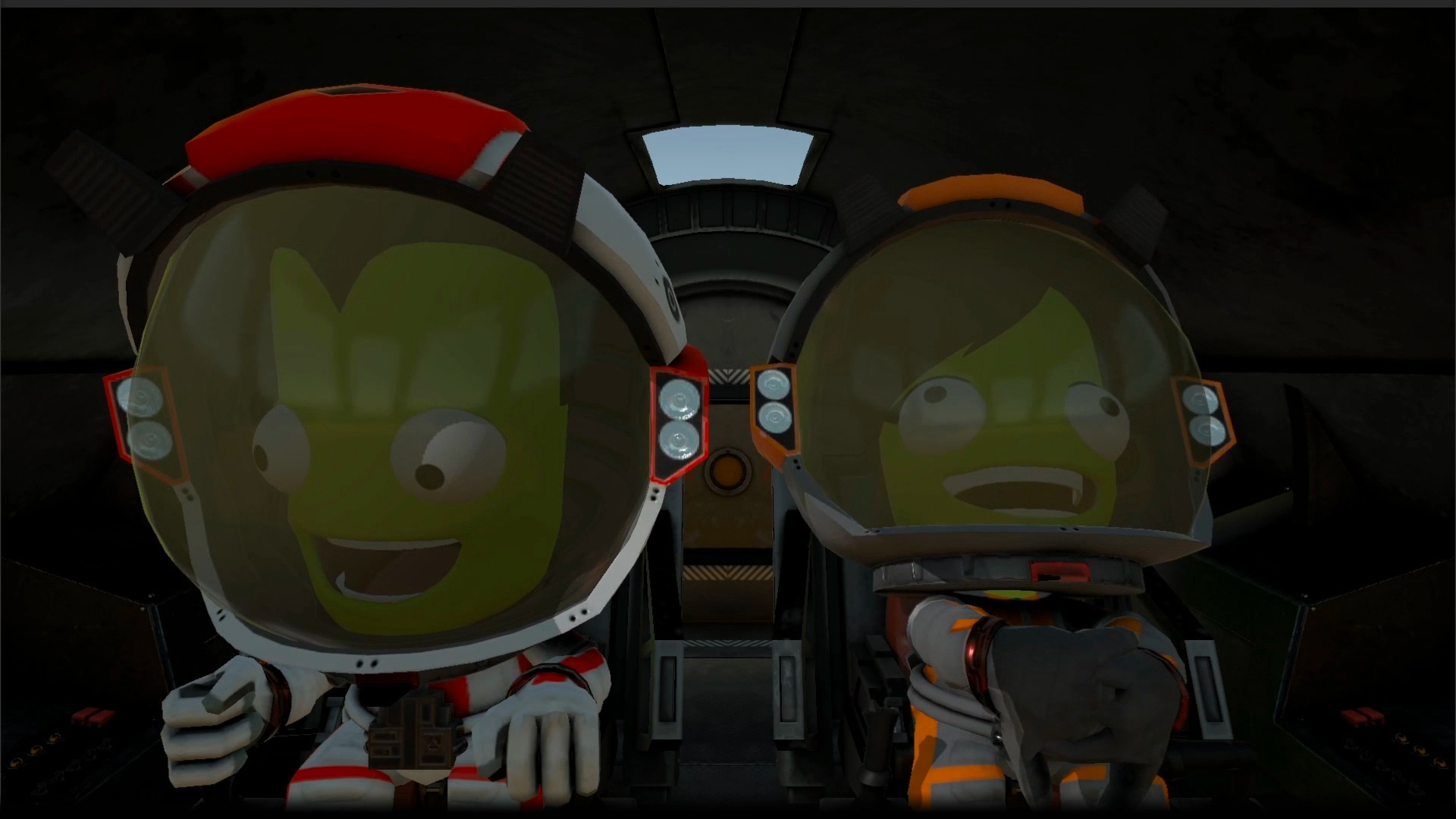 I'll admit right here and now that I've never successfully launched a Kerbal into space. Rocket science, as it was presented in the original Kerbal Space Program, turned out to be way too complicated for me (even though my background is in computer science). Currently, Kerbal Space Program brings in 400,000 monthly players, and the game is 8 years old as of June 2019. Original flavor Kerbal is starting to show its age, and the new Kerbal Space Program 2 is looking to shape up and help players blast off into the wild unknowns of space.

I had the opportunity to check out a video demo of Kerbal Space Program 2 at PAX West this year and, while I'm still not sure I'll ever get a Kerbal into space, I might have a better chance at it in the new game.

What is Kerbal Space Program and what's up with the second one?

Kerbal Space Program is all about building ships, mostly rocket ships. In my case, it was about building rocket ships very poorly and watching my poor Kerbals explode before breaking the atmosphere (or even taking off in some instances). My two sons have managed to get their rockets into space, so clearly I'm just a terrible rocket scientist and my sons are smarter than me. (Actually, that tracks.)

The biggest problem with the original Kerbal Space Program is that it isn't all that friendly when it comes to imparting new players with the knowledge to cobble together their first spacecraft. KSP 2 is looking to change that as the designers are working toward creating a game that is accessible for new players while providing new and interesting challenges for their enormous, established community.

What are some of the updates we can expect in Kerbal Space Program 2?

KSP 2 will have updated graphics (it looked really pretty), alongside new parts, new tools, and new tech for new and experienced players to dive into. Part of those new tools is color customization, because if you're like me, color coordination is a must. If your fuselages don't match your thrusters, what kind of an engineer are you anyway?

Among the Kerbal community are folks who document their own launches, either for entertainment purposes or to better understand what went right (or what went horribly wrong). KSP 2's development team heard their community loud and clear: the new game will provide ways to create cinematic launches with custom camera work and audio. I look forward to documenting my failures in exquisite detail.

The user interface (UI) has been updated, as well. In KSP 2, players will be able to filter, tag, and search parts and modules to find exactly what they're looking for. You'll be able to bring up the brand new "plan view" to build separate modules and then assemble everything when you're good and ready. (It was much more finicky and persnickety in the original KSP.)

The goal of retooling the UI and creating better processes for assembling the initial rocket is to make sure that new players don't get scared off by the lack of accessibility. There are now fully guided animations that act as tutorials for those of us who really don't know what they're doing… even if they've tried and tried again. (I'm looking forward to actually learning how to send my Kerbals safely into space.)

In addition to those tutorials, KSP 2 is also implementing an orientation indicator so that players don't have to guess which way is up. (And yes, this happens a lot.)

What new features can we anticipate from Kerbal Space Program 2?

I genuinely don't know what happens in KSP if you finally get your Kerbals into space. (Maybe one day I will, so I'm not going to go and look it up. Spoilers!) In KSP 2, however, once you successfully land your Kerbals on the moon (or wherever the heck they're set up to land), they can establish a colony.

Colonies can be established absolutely anywhere that Kerbals can land and they provide physics challenges of their own. Based on the demo, don't build your colony on the side of a crater. Yikes. These colonies can also unlock the ability to build different kinds of ships, including ships capable of interstellar travel.

The more colonies you establish, the better you'll be able to explore uncharted technologies, which the KSP developers didn't go into during the demo. I'm sure we'll receive more information on that tech in the lead-up to launch.

When can we expect the new Kerbal Space Program?

There is no firm date on when KSP 2 will be launching on consoles and PC, although the developers have set 2020 as their desired release year. We'll share more information as we receive it.