How to Help Your Kid Handle Toxic Behavior Online 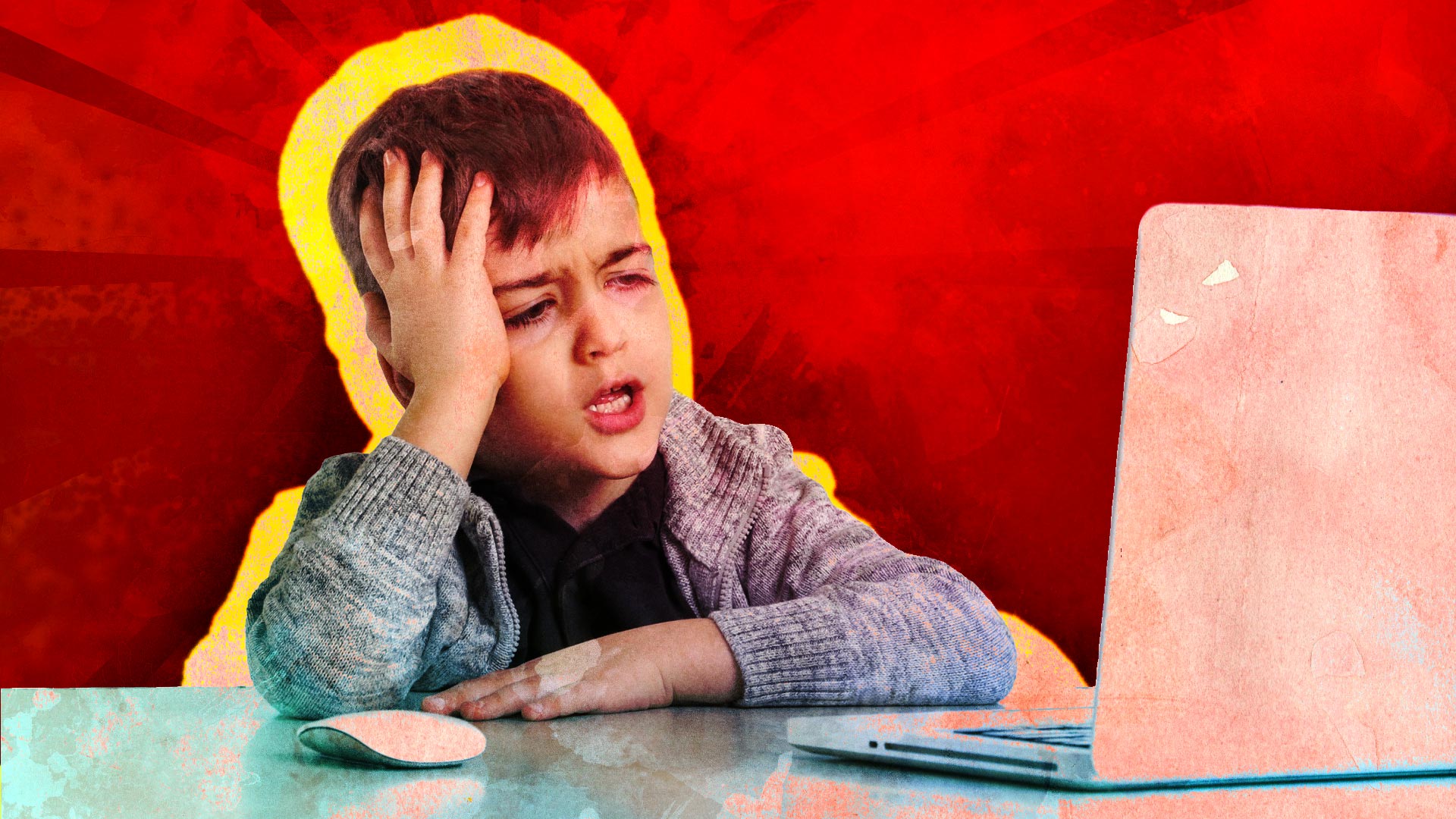 One of the biggest fears a parent has when our kids go online, whether it be for gaming, school research or just socialization, is that they’re going to run into toxic and abusive behavior. The gaming world in particular is rife with it – it’s such a problem that multiplayer monoliths like Riot Games have cognitive neuroscientists on staff working feverishly on ways to reduce the aggression level of their player base.

We’ve already put together a list of tips for protecting your kids from this kind of behavior, but what do you do if something slips through? A sizable part of parenting is after-the-fact damage control, and things are no different here.

If your kid is bullied or harassed during an online game, they might be reluctant to tell you because they fear you’ll remove their access to the game itself. It’s important to reassure them that you understand the way these digital spaces work, and just want to help them navigate them, not take them away.

Here’s our plan for giving your kids a path through processing in-game nastiness.

This is one of the hardest lessons to learn online or in the real world, but when it comes to dealing with bullies and haters, the less attention you give them, the better. The urge to respond to somebody sending abusive messages or griefing with the same behavior is tough to overcome. If you’re around when the harassment happens, encourage your kid to keep playing if they want to, blocking or avoiding the offending player. Let them know that the toxic person wants to ruin their game, and the best thing they can do is not let them.

It’s also important to note that many popular games prime the emotional pump for uncontrolled outbursts. Case in point: popular “battle royale” shooters like Fortnite can ramp up the tension throughout play, and then, when you’re eliminated, give you no other way to release it because of the “one game, one life” mechanic. Make sure your own kids have the emotional tools to vent that anger in a non-harmful way.

Kids are both tougher and more delicate than they seem, and harsh words from a stranger can have a significant emotional impact. It’s always worth taking the time to sit down with a young one who has experienced this kind of abuse and remind them that the person on the other side of the screen has absolutely no idea who they really are. They’re toxic as a position, not as a response to your kids or anything they did.

It can be helpful for kids to take a second and think about the context for the toxic behavior sent their way. We’re not interested in making excuses for the behavior, but empathizing with the emotions behind it can help your children better understand their own emotions. Was the other player losing? Were they a teammate who didn’t support the rest? Thinking about motivation can be helpful in moving the emotional weight of the comments away from your kid and back to the game itself, where they belong.

Nobody likes a tattletale, but letting your kid use the reporting function that nearly every online game has for abusive players can be a good learning experience for them. How much of your adult life is spent filling out online forms, after all? Being able to clearly and concisely describe the negative behavior and determine how it violates the game’s code of conduct is a useful skill.

Even better, reporting teaches them to become stewards of their online spaces, upholding standards of good behavior for everyone. When players are empowered to address that behavior and remove it, it strengthens their bonds with each other and makes the game world a better place for everyone.

What If It’s Somebody They Know In Real Life?

The vast majority of online harassment in gaming spaces comes from strangers, simply because the pool of online gamers is huge, and the internet’s anonymity engenders it. But it’s not unheard of for kids to use games and other platforms to extend real-life bullying.

Your kids may be especially reluctant to tell you about this stuff because of the desperate uncoolness of having parents intervene in the ever-shifting social hierarchy that is adolescence. If they do tell you, take it seriously. Remind them that nobody has the right to make them feel uncomfortable in a public space, whether it be a schoolroom or a Minecraft server. That said, it’s going to be important for them to set clear boundaries so they can continue enjoying their gaming time. Many services let you block or mute individual players, so feel free to deploy those weapons at will.

Kids also fall in and out of friendship with each other all the time, and it’s important to separate actual bullying from hurt feelings and misunderstandings. In general, a lighter touch is mandated here, unless your kid comes to you directly asking for help with the problem.

This all goes out the window if the other kid is making credible threats of violence or other illegal behavior, of course. At that point, it’s time to reach out to parents or school administrators to have them deal with the situation.

What If My Kid is Behaving Badly?

Now things get tough. Just because your kid is behaving badly online doesn’t make you a bad parent, or make these online spaces bad influences. But raising a well-adjusted and moral child means making sure that they understand that their actions have repercussions.

The first step here is to pull the kid out of the game session, no matter what they’re doing. Establishing a zero tolerance policy for abusive and toxic behavior is essential – their use of these games is contingent on the same kind of behavior in the digital space as you expect in the real world.

Once they’re unplugged, take a minute to talk with them about what prompted the toxic behavior. It’s important to make sure they know that it’s totally fine to get emotional while they’re playing a game – they’re designed to elicit exactly those emotions. It’s how they express them that’s the issue, and you want to help them express themselves in a way that’s healthy for themselves and others.

It’s important to remember that kids use video games as social spaces, experimenting with behaviors and personas that they would never try on in the real world. Just because your kid is cruel in the faceless digital space doesn’t make them so in reality. But it’s important to make them aware of the real consequences of those behaviors. Make a plan for the next time they’re angry or frustrated – it can be as simple as turning their mic off while they vent, just as long as their behavior doesn’t impact anybody else’s experience.

Online toxicity isn’t going to go away anytime soon, and although we’d all probably prefer our kids never have to deal with it, giving them the tools they need to handle it will make their game time more fun for everyone.