Play This, Not That: Borderlands 3 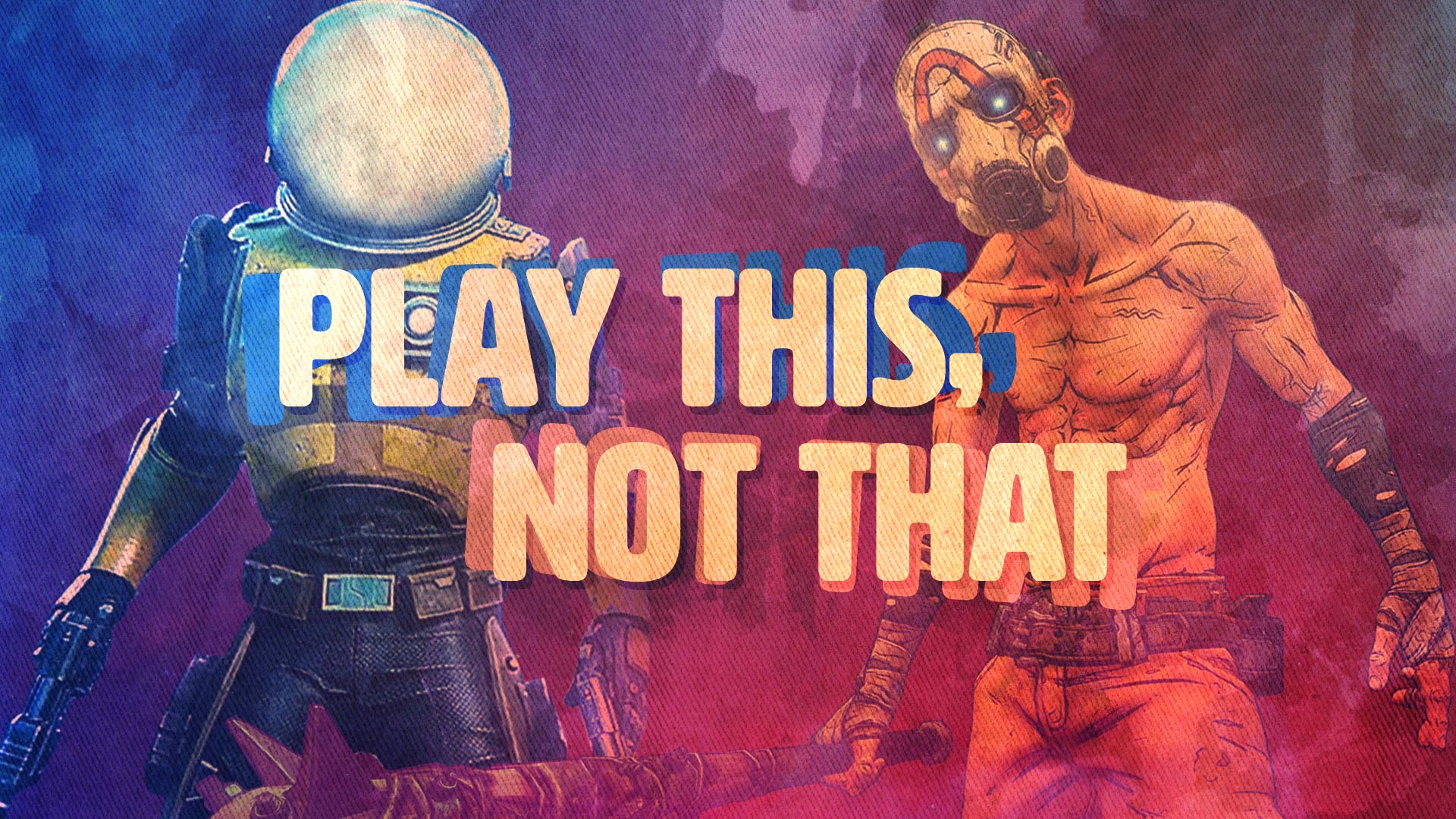 Borderlands 3 is the newest installment in the mega-popular Borderlands series of looter shooter video games. The game lets players go it alone or team up with 1-3 friends on a quest through a dangerous world, killing enemies with an almost limitless amount of weaponry along the way.

While Borderlands 3 may be fun for adults, the game has been rated M for Mature by the ESRB, with Content Descriptors for “Blood and Gore,” “Intense Violence,” “Sexual Themes,” and “Strong Language.”

Since the game isn’t recommended for players younger than 17, here are five alternatives for you to consider if your young teens have expressed an interest in playing Borderlands 3.

Like Borderlands 3, this multiplayer third-person shooter also falls into the “looter shooter” genre, since the game places a heavy focus on shooting enemies and collecting lots of loot. However, where Borderlands 3 has a set storyline to complete, Risk of Rain 2 is a roguelike, which means each session will be different from the next, with “randomized stages, enemies, bosses, and items.” Players can explore the environment on their own, or team up with friends in up-to four-player co-op. Risk of Rain 2 is currently in Early Access, meaning it’s available to purchase, but is still being actively worked on by its developer. Things about the game may (and likely will) change over time, and we know that additional content will be released as free updates for players who purchase the game now.

As the name suggests, Monster Hunter: World lets players become a monster hunter, and it challenges them to strategically plan their actions to take down beasts. Players can hunt alone, or team up with up-to three other players in online co-op. As players defeat monsters, they’ll be able to collect a variety of materials (loot) that can be used to create new gear. Unlike Borderlands 3, the game uses a third-person perspective. If you have an Xbox Game Pass subscription on Xbox One, you and your teens can try this game immediately at no extra cost, as it’s included in the current Xbox Game Pass catalog.

In Dauntless, players become a Slayer, challenged with taking down large beasts called Behemoths throughout the in-game world. Players have access to a variety of ranged and melee weapons, and like other games on our list, it allows players to work together with others online. Like Monster Hunter: World and Risk of Rain 2, Dauntless uses a third-person camera perspective. Finally, Dauntless is free-to-play, so your teens can try it out now for free.

Destiny 2 is a sci-fi first-person shooter that lets players travel to a variety of planets and moons to complete quests. Teens can play on their own or team up with friends (like in Borderlands 3), as well as compete against other players in a variety of multiplayer modes. Destiny 2 also contains tons of loot to collect, and even lets players choose from a variety of character classes (each with their own specialties), just like Borderlands 3.

Anthem is a sci-fi shooter that lets players become a Freelancer, who can explore the world and complete missions while wearing powerful javelin exosuits. There are multiple javelins to choose from, so you can find one that matches your personal play style. Like the other games on our list, Anthem gives players the option to team up and play with others. The game is also considered a looter shooter, in that it gives players lots of loot to collect as they progress.