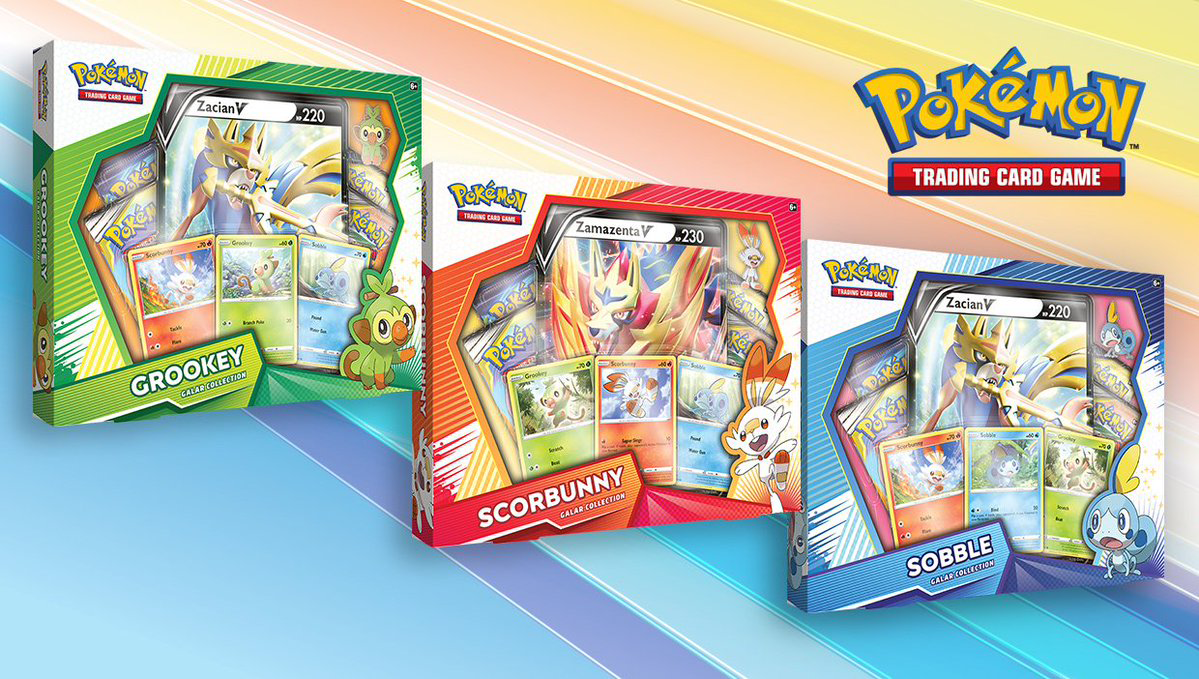 The Pokemon TCG: Galar Collection packs will each feature one of the three starting Pokemon from Sword and Shield -- Grookey, Scorbunny, or Sobble -- on a foil promo card. A pin will also be included featuring one of the three.

In addition, each pack will include one of two oversized foil cards featuring either Zacian or Zamanzenta as Pokemon V. Zacian and Zamanzenta are the two Legendary Pokemon featured on the box art for Sword and Shield, respectively. If you want one card more than another, you’ll be able to see which one is included before making a purchase.

Finally, each pack will include four Pokemon TCG booster packs and a card containing a code that can be redeemed in the Pokemon TCG Online.

Will you pick up one or more of these Galar Collection packs? Which of the three starter Pokemon from Sword and Shield is your favorite? Let us know in the comments, or tweet us @superparenthq.