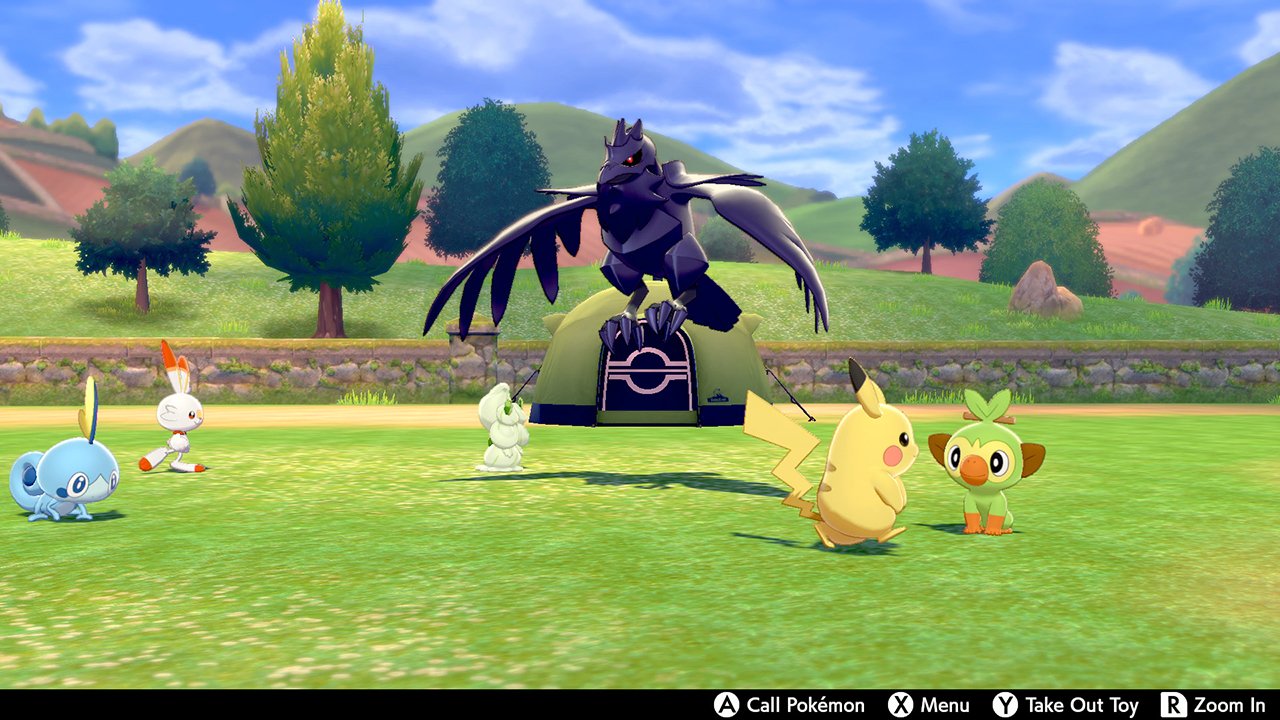 We still have a while to wait before Pokemon Sword and Shield launch on Switch on November 15. However, Nintendo is doing a good job of keeping the excitement level high with a steady stream of new information about the games.

In a recent Nintendo Direct video presentation, we were introduced to some of the game’s fun features, as well as some new Pokemon!

Polteageist is a Ghost-type Pokemon that lives inside a teapot (its body is made of tea), while Cramorant is a Flying- and Water-type bird Pokemon that loves to eat. When Cramorant uses the moves Surf or Dive during battle, it will emerge from the water with a fish in its mouth. If Cramorant takes damage while the fish is still in its mouth, it will counterattack with a special move called Gulp Missile, which lets it spit the fish out at the enemy as a projectile.

In addition to meeting these new Pokemon, we also learned that players will be able to customize the appearance of their character with a variety of tops, bottoms, outerwear, hairstyles, makeup, and more.

As you explore the game’s setting, the Galar region, you can take a break at any time by setting up a Pokemon Camp, complete with a tent and cooking station. Here, you can play with your Pokemon to improve your relationships with them, which can help them perform better in Pokemon battles.

While at Pokemon Camp, you can use the items you’ve collected (like berries) to cook Curry on Rice, a popular dish in the Galar region. Depending on the items you add to your dish, you’ll cook a different kind of Curry, with more than 100 to discover in total.

Finally, when players are in the game’s Wild Area (the sprawling area between the game’s major destinations), they can visit other players’ Pokemon Camps, with each camp supporting up to four players at once.

Are you excited to get your hands on Pokemon Sword and/or Shield? Let us know in the comments or tweet us @superparenthq.